10,000 at International Women’s Day in Berlin

At two different demonstrations on Wednesday, ten thousand people came onto the streets of Berlin in defense of women’s rights. Their goal was to combine anti-sexist and anti-racist struggles. Striking workers were also present. 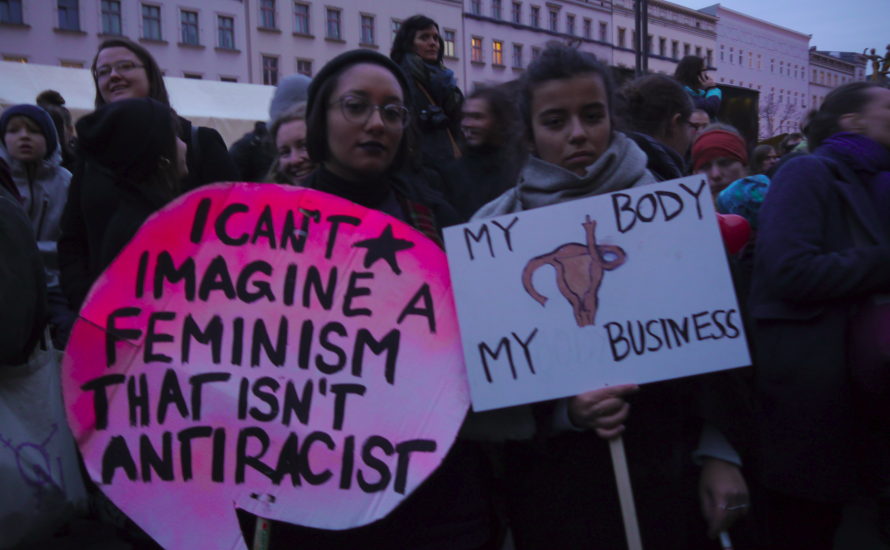 There were two demonstrations on International Women’s Day in Berlin. The first was the internationalist demonstration, organized by immigrant and refugee organizations, including activists from Kurdistan, Latin America and Poland. It mobilized over 1,000 women and trans people. The second demonstration was for all genders (including men). Both met at the Oranienplatz in Kreuzberg, a center of refugee protests of recent years.

Both demonstrations featured lots of slogans for combining anti-racist and anti-sexist struggles. Both movements face the same enemies: the right-wing populists of the Alternative for Germany (AfD) and the capitalist state. Racist campaigns primarily affect women. The AfD is constantly attacking women’s rights, such as the right to abortion. Yet at the same time, they try to instrumentalize feminism to build up Islamophobic racism.

The second demonstration, under the motto “Feminism means Resistance”, was supported by men. Members of the Left Party, the SPD, the Greens and the teachers’ union GEW participated. There was a radical left block, as well as a block against Turkish president Erdogan and another in support of the Palestinian struggle.
An especially progressive element is that striking workers came to the demonstration. The employees of Vivantes (Berlin’s second biggest hospital) are in the middle of a struggle against precarious employment. Workers from the Charité (the biggest hospital) were also present to demand equal pay for equal work.
The Revolutionary Communist Youth (RKJ) and the women’s group “Brot und Rosen” (Bread and Roses) were present with an invitation to a discussion about women’s strikes and revolution in 1917 and 2017 next weekend. 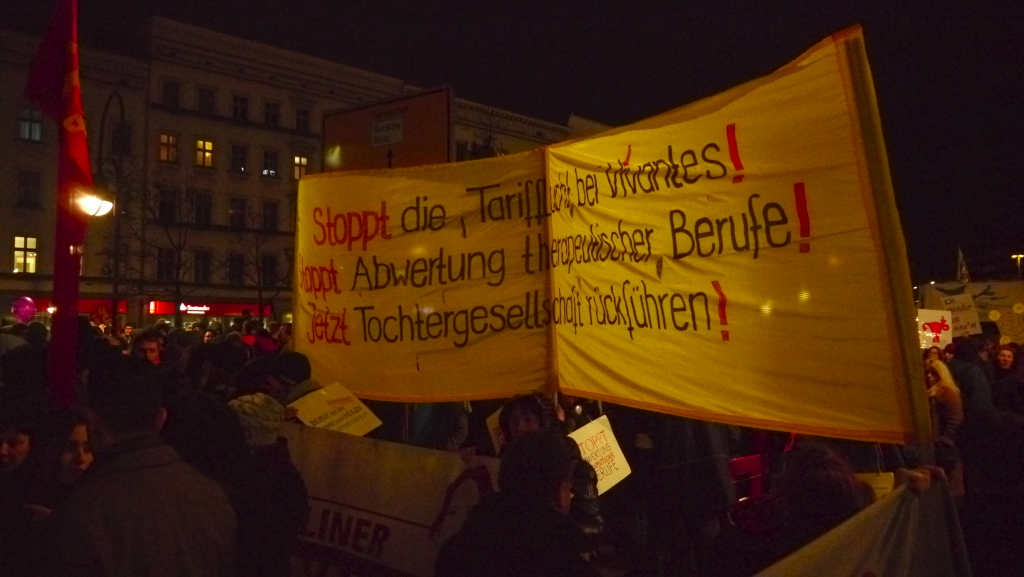