In the month of April, our 14 online newspapers received a total of almost 13 million page views. This was the most successful month in the five-year history of the Left Voice / La Izquierda Diario network. 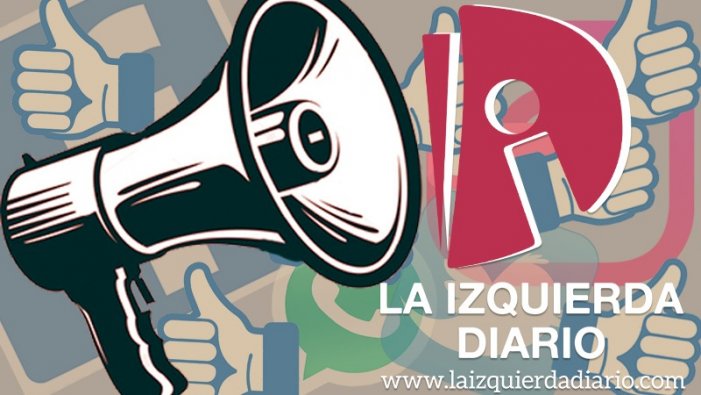 As capitalism enters a new crisis, throwing millions of workers around the world into unemployment and uncertainty, more and more people are looking for a socialist alternative. And more and more people are turning to revolutionary online newspapers. In the month of April, the 14 sites of the international network of Left Voice / La Izquierda Diario had more visitors than ever before.

The visits total almost 13 million, an increase of 10% compared to March 2020, which was itself a record. Additionally, on May 1, 7,000 people from around the world tuned in live to our international rally.

Left Voice, La Izquierda Diario, and our sister sites are giving a voice to workers who are beginning to fight against the crisis. Besides providing analysis of the deepening crisis, we have been publishing reports from workers around the world. Our websites offer more than just reporting: they serve as collective organizers.

Esquerda Diário in Brazil got 1.6 million.

IzquierdaDiario.es in the Spanish State got 500,000 views, plus 50,000 for EsquerraDiari in Catalan.

Révolution Permanente in France got 3 million views – also a record.

La Izquierda Diario in Uruguay, Venezuela, Bolivia, and Costa Rica got tens of thousands of hits each, as did Klasse Gegen Klasse in Germany and La Voce delle Lotte in Italy.

Left Voice in the United States had our most visits ever in a single month, with over 250,000.

And our network added a new site on May 1: La Izquierda Diario Perú.

La Izquierda Diario launched in Argentina more than five years ago, in September 2014. It was an initiative of the Party of Socialist Workers (PTS) in order to reach the hundreds of thousands of people who were voting for the candidates of the Workers Left Front (FIT). The online newspaper quickly became a source of news for workers, young people, and the women’s movement across Argentina.

Sister sites launched over the following year, created by the groups that make up the Trotskyist Fraction — Fourth International. Left Voice, as the English-language arm of this network, launched in June 2015. In the time since then, we have published five issues of a printed magazine. Since the beginning of last year, our traffic has grown rapidly, and Left Voice is becoming a respected voice on the U.S. Left.

The website in Costa Rica launched in March of this year, and the one in Peru went live on May 1. We are increasingly producing live internet TV and podcasts as well.

This is the largest socialist online publication we know of. By comparison, Jacobin and its partner websites get up to 2.5 million hits per month.

The Left Voice / La Izquierda Diario network has no sponsors. All of these revolutionary online newspapers can only exist thanks to the voluntary collaboration of thousands of workers and young people.

You can collaborate with Left Voice by sending us reports of what is happening at your job during the crisis. Please get in touch if you would like to help out by writing or translating articles, or use the box on the side to donate.

The capitalists have a wide array of media to express their views. We are creating a network so the working class can make its voice heard internationally — we publish in eight different languages, but all with the same voice.