2020 Roundup: Ten of Our Most Popular Articles

As we head into a new year, we look back on 2020 and share ten of our most popular articles. 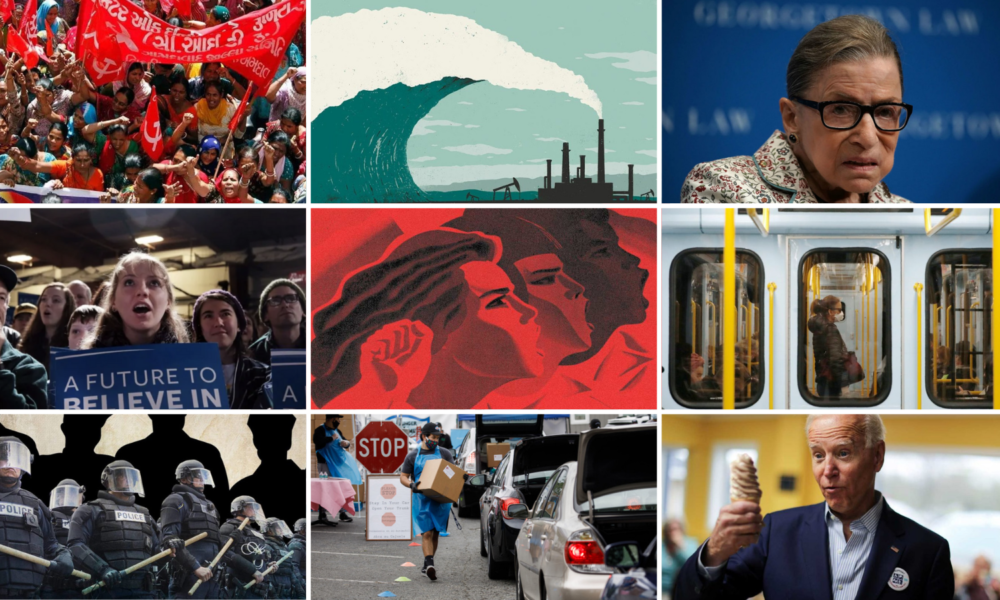 As we head into the new year, we look back on 2020 at Left Voice. In a year of mass upheaval and capitalist crisis, highlighting class struggle and socialist theory and strategy has become more important than ever. Here are ten of our most popular articles of the past year.

It’s Time for the Left to Build a Force Outside the Democratic Party
A revolutionary break with the institutions of the capitalist regime will be inevitable if we want to build a new society, one without classes, that is no longer based on the exploitation of the majority by a wealthy few. The Democratic Party is bankrupt, dominated by capital, and will never be home for a socialist project.

Capitalism Always Produces Racism
Last summer, a new wave of anti-racist activists took to the streets to protest and stand against police violence. This highlights the importance of theoretical perspectives that understand racism as integral to capitalism. These perspectives must go beyond an identity politics that fails to acknowledge the role of class distinctions in perpetuating racism.

The Biggest General Strike in the World: Over 200 Million Workers and Farmers Paralyze India
A few weeks ago, we wrote about the massive coordinated action in India which showed the great potential for unity in action of the working class and farmers. It serves as an inspiration for workers all over the world to use one of our greatest tools against the capitalists: the strike.

The Fight to Abolish the Police Is the Fight to Abolish Capitalism
With this year’s uprisings against police terror, it is imperative that we understand how to rid ourselves of state repression and achieve real abolition. The struggle requires an understanding of police violence as well as of capitalism.

Their Democracy and Ours
The “greatest democracy in the world” is in crisis. The U.S. Constitution, once treated as a kind of holy text, is now seen as it is: a document written by enslavers and large landowners to protect their privileges. Communists are often accused of being anti-democratic. But the opposite is the case: we call for a much more profound form of democracy than the United States or any capitalist country can possibly offer.

No Return to Normal for the Capitalist Economy
The capitalists are celebrating their booming stock market and dreaming of a return to normal. But that’s a fantasy. We’re living through another fundamental breakdown of the capitalist economy. The question is, who will have to pay for it?

Joe Biden Is a Racist Who Loves Police Brutality
This year, liberals wanted us to believe that voting for Joe Biden would be a the solution to all the ills of the racist capitalist system. But the fact remains that Biden is a dedicated, lifelong racist. He won’t save any of us, least of all the victims of police brutality.

Class Struggle, Not Court Struggle: The Folly of “Voting for Supreme Court Justices”
Everything we have won has been the result of hard-earned victories by the working class, not gifts from the Supreme Court. So the next time liberals try to shame you into voting for their candidates, tell them that we don’t want scraps from the master’s table at the price of disempowerment. We have a world to win, and we are not interested in the preservation of their status quo.