Between July 23 and July 27, at least 22 protesters from Portland have been added to the growing list of those facing federal charges for alleged crimes during the recent Black Lives Matters protests. All political prisoners should be freed immediately! 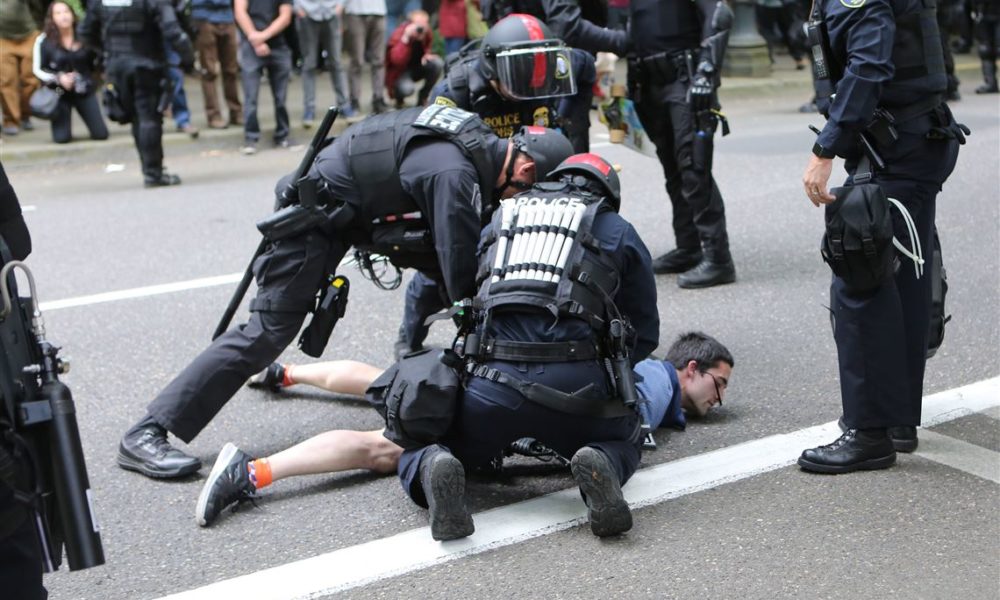 Protests against the police and for Black liberation have been continually taking place around the United States for nearly two straight months, making this one of the longest waves of uprising in U.S. history. From Portland to New York, thousands of people, many newly radicalized, have been taking to the streets, organizing, and fighting back against state violence.

In response to the popularity of the protests, both Democratic and Republican leaders have been calling for extreme repression against protesters. Presumptive Democratic presidential nominee Joe Biden called for the arrest of “arsonists and anarchists” who are allegedly causing property damage at some protests. President Donald Trump clearly agrees with Biden’s stance on the protests, sending in federal agents to cities around the country, most notably Portland but also New York, Minneapolis, and elsewhere, and his Attorney General Bill Barr has called the protests “an assault on the government of the United States,” thus justifying the use of federal forces against civilians.

As these unleashed and emboldened federal agents deploy chemical weapons, beat and shoot people, and kidnap protesters off the streets into unmarked vans, the U.S. Justice Department has declared the real threat to be the protesters themselves. Deploying federal agents automatically expands and escalates the types of charges protesters can be sentenced with — making resisting arrest more serious. Now, protesting has become a federal offense. Thousands of protesters in New York City and across the country face jail time, and increasing number are facing serious federal charges, such as Urooj Rahman, Colinford Mattis and Samantha Shader.

Now, at least 22 protesters from Portland have been added to those facing federal charges for alleged crimes they committed while standing up for Black lives and defending their communities. Their charges, some of which carry decades-long sentences, range from assaulting officers, failure to obey lawful orders, to various types of property destruction. The officers themselves have been assaulting, shooting, and gassing protesters for weeks.

Disproportionate federal charges, rampant state violence, and kidnapping have been used to terrorize Black and brown working class people, especially undocumented people, for as long as there has been a United States, and these tactics are used around the world wherever the U.S. military is located as well. Now, as these tactics are deployed against an ever-widening section of U.S. society, more and more people are taking to the streets and standing in solidarity against the violence Black people have always faced.

This escalation of repression is an attempt to pacify the movement, hamper organizing, and discourage people from continuing to participate by making the cost of protesting higher and higher for an ever larger number of people. Additionally, it’s an attempt to villify and criminalize the left and dissent more generally, trying to turn the general populace against protesters by painting them as dangerous criminals.

As the movement for Black liberation and against U.S. state violence continues, it must include the push to drop all charges and free all prisoners, not limited to those arrested during the protests, since all prisoners in the United States are political prisoners.