Instead of giving money to Amazon, the City and the State of New York should allocate more money to fix the subway, provide quality public housing or fund CUNY. 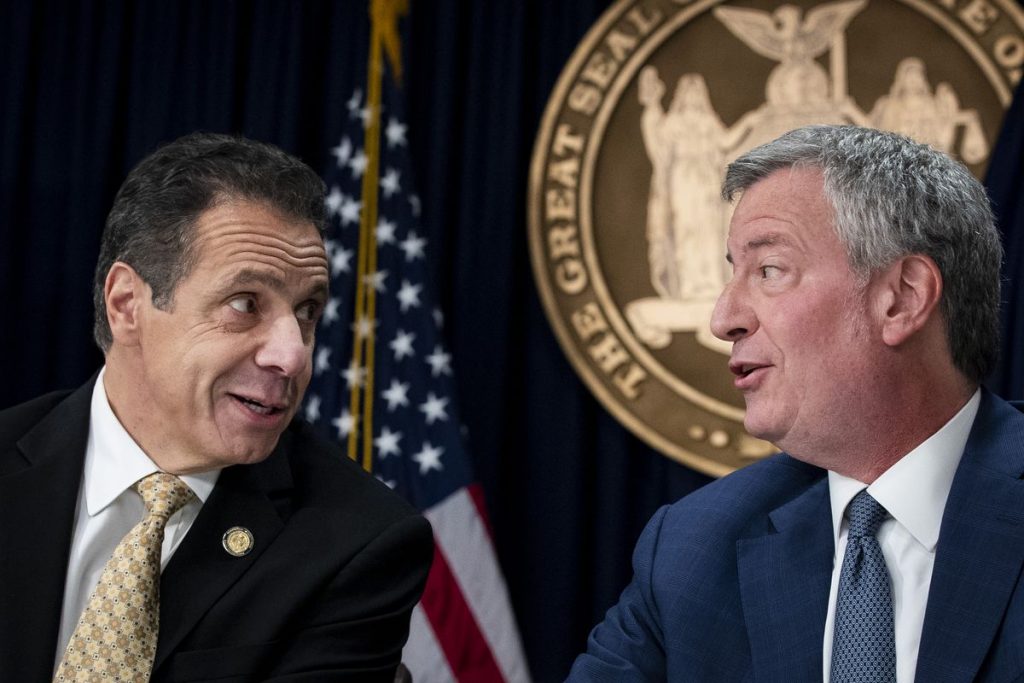 In 2017, Amazon announced it would open a second headquarters somewhere in the United States and that it was accepting bids from interested cities. The online retail giant promised the chosen city 50,000 jobs and an investment of over $5 billion in infrastructure.

Over 200 cities put out a bid and offered Amazon a variety of perks, from a windfall of tax-exemptions to naming the city after Jeff Bezos. In the end, the race finished with not one, but two “winners.”

Despite the suspense generated by the competition, however, the selected cities were predictable: Long Island City in Queens, New York, and Arlington, Virginia in the DC area. As many commentators have pointed out, rather than being an open contest to host HQ2, the whole thing seems to have been orchestrated by Amazon to rip off as many benefits as possible from two locations that had already been picked.

Although Amazon is “splitting” the prize (the 50,000 jobs and the infrastructure investment) between Long Island City and Arlington, government authorities have not withdrawn a dime of their offer to the company.

Amazon’s maneuver was facilitated by the flawed narrative that companies are job-creators, and thus communities need them to thrive. Forget that with the rise of Amazon we have seen the death of most bookstores, department stores like Sears and an increasing number of retail shops, leaving many people jobless.

Most importantly, Amazon is only opening new offices in New York and the DC area to expand its business and rake in more profits. It is not out of generosity that Jeff Bezos makes these decisions; it is pure economic interest. And there is overwhelming evidence that the profits companies get through tax incentives do not ‘trickle down’ to low- and middle-income families.

The availability of a large, highly-educated labor market has often been cited as a reason why Amazon chose New York City and the DC area in which to open new branches. Amazon actually needed the resources that only these big, cosmopolitan and well-connected cities could offer. It is not a stretch to say that Amazon needs NYC more than NYC needs Amazon (and the roughly 25,000 jobs that will come with HQ2).

Furthermore, we can expect all sorts of social problems to arise or worsen with Amazon’s new headquarters in Queens, as a glimpse at Seattle shows. Amazon is by far Seattle’s largest private employer, accounting for 20 percent of the city’s total employees; it is also recognized as the main driving force in the growing disruptions the city is facing. In the past decade, Seattle’s median rent increased by three times as much as the national average increase and the number of homeless people in Seattle has skyrocketed. The tech giant is also blamed for traffic congestion and the overcrowding of public transportation.

These results can be expected in New York as well. Queens is already one of the most densely populated counties in the country. Long Island City (LIC) is home to almost 20,000 people who are now bracing themselves for the steep increase in rent they will face in the next year or two. The effects will be felt in neighboring areas like Astoria too, where 80,000 people live. With a heavy presence of Asians and Latinxs, 40 percent of the population in LIC was born outside the U.S., and 48 percent are not U.S. citizens. 93 percent of the houses are occupied by renters, and 55 percent of the population has a yearly household income of less than $35,000. It is easy to see that thousands of people in this and adjacent neighborhoods will be effectively pushed out by Amazon.

Moreover, New York public transit has been underfunded and poorly maintained for decades, despite the city’s steady population growth. If Amazon’s HQ2 will put an additional strain on the NYC transit, it makes sense for the company to pay additional taxes for improvement and maintenance of the subway system. Instead, the City and State of New York decided to offer Amazon tax-breaks and economic incentives amounting to $3 billion.

Considering the social and economic problems New York already faces, here are 3 alternative ideas for how to spend that $3 billion:

It would cost only $800 million to make CUNY completely tuition-free, and another $240 million to pay adjuncts $7,000 per course. These are two deeply-felt demands that could immediately improve the lives of 270,000 students in the CUNY system and tens of thousands of adjuncts who teach more than half the classes that CUNY offers. These two measures together would only cost the city just over $1 billion.

The crisis of the NYC Subway system is already out of control. The commute to and from work has become a nightmare for the 5.5 million people who ride the subway each day. Cuomo and De Blasio have been fighting each other for over a year about who should pay the $800 million that would fund the “emergency plan” to fix the subway temporarily. Although fixing the whole subway system will probably cost much more than that (some say $19 billion), $3 billion would go a long way to solving the problems that impact the daily lives of New Yorkers.

The City of New York rents affordable public housing to 400,000 tenants, a service that is currently undergoing a new wave of privatization due to funding shortfalls. The more than 2,000 buildings that make up the NYCHA system have been neglected for decades, causing many of the units to fall in decay: tenants face dysfunctional kitchens, failing boilers, leaks and broken windows. Although a plan to repair all units would cost tens of billions of dollars, $3 billion would accomplish a significant part of what needs to be done. For example, it would foot the bill to fix all boilers, pipes and radiators.

Mayor De Blasio and Governor Cuomo are not unaware of the immense profits Amazon will amass thanks to the tax-cuts for its new headquarters. They also know very well that those $3 billion would serve the working people of New York much better if it was invested in any of the options above. Nevertheless, they decided to give generous subsidies to the tech giant while denying funding for CUNY to pay its adjuncts a minimum wage, quality public housing or a reliable subway system.