30 Million Tenants at Risk of Eviction as Federal Moratorium Ends

The coronavirus pandemic has exacerbated the housing crisis, leading to four out of ten tenants experiencing housing insecurity. Mass layoffs and the Republicans’ proposed cuts to unemployment insurance will put millions who cannot afford to pay rent on the verge of homelessness. 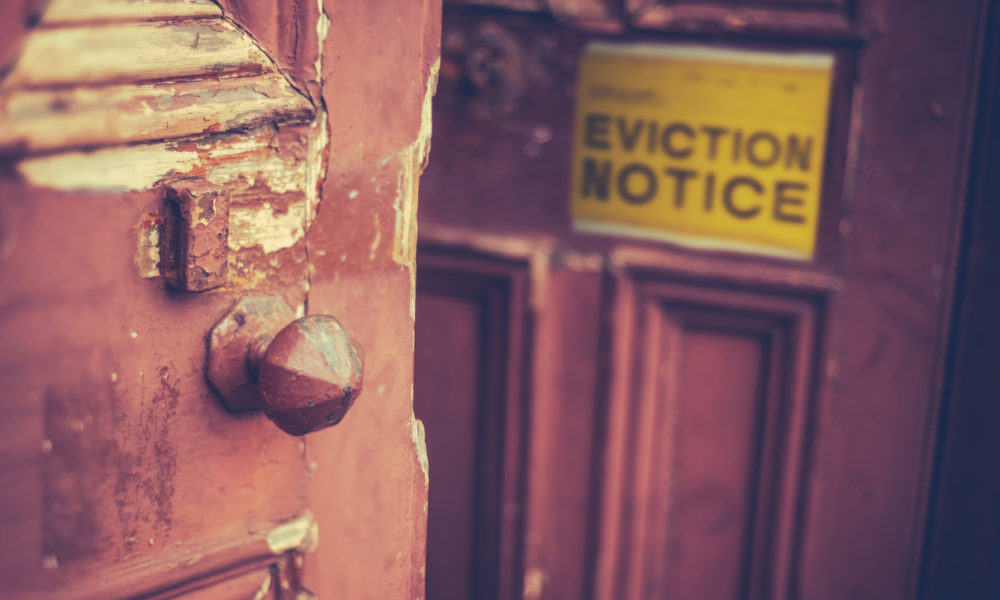 More than 30 million of the 110 million renters in the United States could soon become homeless, despite the fact that there are multiple empty apartments per person who cannot afford rent. With the end of the federal moratorium on evictions this Friday (and, in most states, no state moratorium), the unemployed and their families could become homeless in the midst of the pandemic. In some states, the moratoriums have already ended, and evictions are imminent: for example, Spectrum has reported that hundreds of eviction petitions were filed in New York, where the evictions ban ended in late June. The governor later extended the moratorium, but only for those eligible for unemployment insurance. Those with their rental contracts finished can still be evicted. According to the Washington Post, at least 12 million evictions are expected to be completed nationally by October. This will escalate a problem that affected 2 million people each year even before the pandemic.

However, the housing crisis has direct winners: those who are more solvent in the housing market are buying houses and taking advantage of the decrease in mortgage rates. All economists agree that there is a housing market boom under the coronavirus pandemic; in the last month alone, home sales increased by an average of 15%. New home sales are up almost 14%, and resales are up over 20%, according to the National Association of Realtors. This shows how the stimulus plans that were passed during the pandemic —that included lowering mortgage rates— were made to stimulate the housing market, but did not resolve the problem for renters, who are facing housing insecurity yet again. There are workers that are buying houses as a result of low interest rates and the new needs of working at home, more space for children and other reasons; but with unemployment at historic levels, this is not the case for the majority of the working class now. Instead, the big landlords are more likely to benefit from the current policies. Overall, the housing crisis was contained by moratoriums, but it is threatening millions of people again. It is irrational that while there is a record level of home sales, the number of homeless people may reach levels like those of the Great Depression, with the additional factor that this time, it would be in the midst of a massive health crisis that would be exacerbated by increased homelessness.

The federal government has said it is working on solutions for tenants, but in the meantime, it has already made it clear that the priority is to maintain low mortgages to stimulate the housing market, boosting housing gains for homeowners before addressing the immediate danger for renters posed by evictions. Big landlords are not only benefiting because of the pandemic; between 2013 and 2019, according to Forbes, housing prices rose by 47%, while wages only increased by 16% in the same period. Tax breaks and lower interest rates on mortgages, as proposed, are contributing to an increasing concentration of the housing market. Instead of big owners increasingly buying more and more houses, it is necessary to stop evictions and assign the empty building to homeless people. The new aid package proposed by the Republican Party in the Senate does not provide protection from evictions; it only maintains the financial benefits to the housing market.

For its part, the Democratic Party’s proposals focus on extending the ban on evictions by one year, subsidizing legal aid for tenants, and in some cases offering state aid to pay rents. Doing this can slow evictions, but ultimately, eviction cases will go to trial instead of being banned entirely, and such a plan does not provide homes for people who are already losing theirs.

Racial disparity also plays havoc with housing, as people of color are more threatened by evictions. There are also far fewer homeowners among these communities. Black women are the most likely to be evicted because of a greater likelihood of precarious employment and the wage gap that makes it harder for them to make rent compared to other populations. A report by the Urban Institute in May noted that 25% of Black and Latino tenants said they had deferred or not paid their rent, while among white tenants, the figure was only 14%. This is why in many cities, the tenants and the BLM movement are both demanding that the rent be cancelled.

The problem of evictions can further aggravate working class conditions, affecting not only workers who are already unemployed but also those who may lose their jobs as another consequence of becoming homeless. The health and economic crisis can bring about a major social crisis if millions of people continue to be pushed into poverty, unemployment, and homelessness. The capitalists will try to hedge their losses as much as possible in the current crisis. Now, not only is the housing market receiving astronomical profits, but the capitalists also have a greater opportunity to break the struggles of the working class and unload the costs of the crisis onto them. With millions unemployed, the capitalists will be able to maintain divisions within the working class and keep their profit margins high. But just as unemployment, poverty, and homelessness are reaching levels not seen since the Great Depression, the United States is also experiencing a resurgence of mobilizations, mainly against racism and police brutality. This organization can also grow in the workplaces, among the tenants, and the unemployed, with a program of unity and fighting against the union and social movement bureaucracies that answer mostly to the Democratic Party, to stop this impending catastrophe.