Polls opened at 5AM on Sunday, October 1 in Spain for the referendum on the question of Catalonia’s independence. 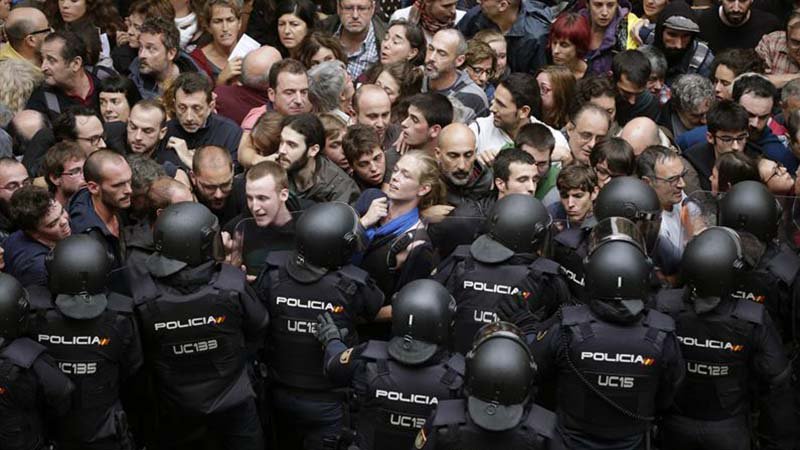 Spanish Prime Minister Mariano Rajoy has claimed that the referendum is illegal under Spanish constitutional law, and has enforced heavy repressions to prohibit the vote over the past few weeks.

Thousands have taken to the streets across the Spanish State over the past weeks to protest the stealing of ballot boxes, and arrests of 14 Catalan officials, amongst other repressions.

This morning, hundreds of people took to the streets where they encountered police in riot gear shooting rubber bullets and raiding schools where people have been camped out since Friday to cast their votes. 337 people have been reported wounded so far.

Resistance against the repression in Catalonia as the Rajoy government represses the right to decide.

National police steal ballot boxes as they beat people who have been waiting to cast their vote. The image recalls the reactionary Regime of ’78.

Catalan firefighters join the resistance at the Torrent d’en Melis school in Horta-Guinardó:

Police block the entrance to the school in Roquetes (Tarragona):

The repression continues in the Más Casanova school:

Heavy police squads in different voting places repress the Catalan Referendum. In spite of the peaceful resistance of protesters, there are hundreds of wounded:

The “democracy” of the Regime of ’78 in action: police violently obstruct the Catalan referendum. 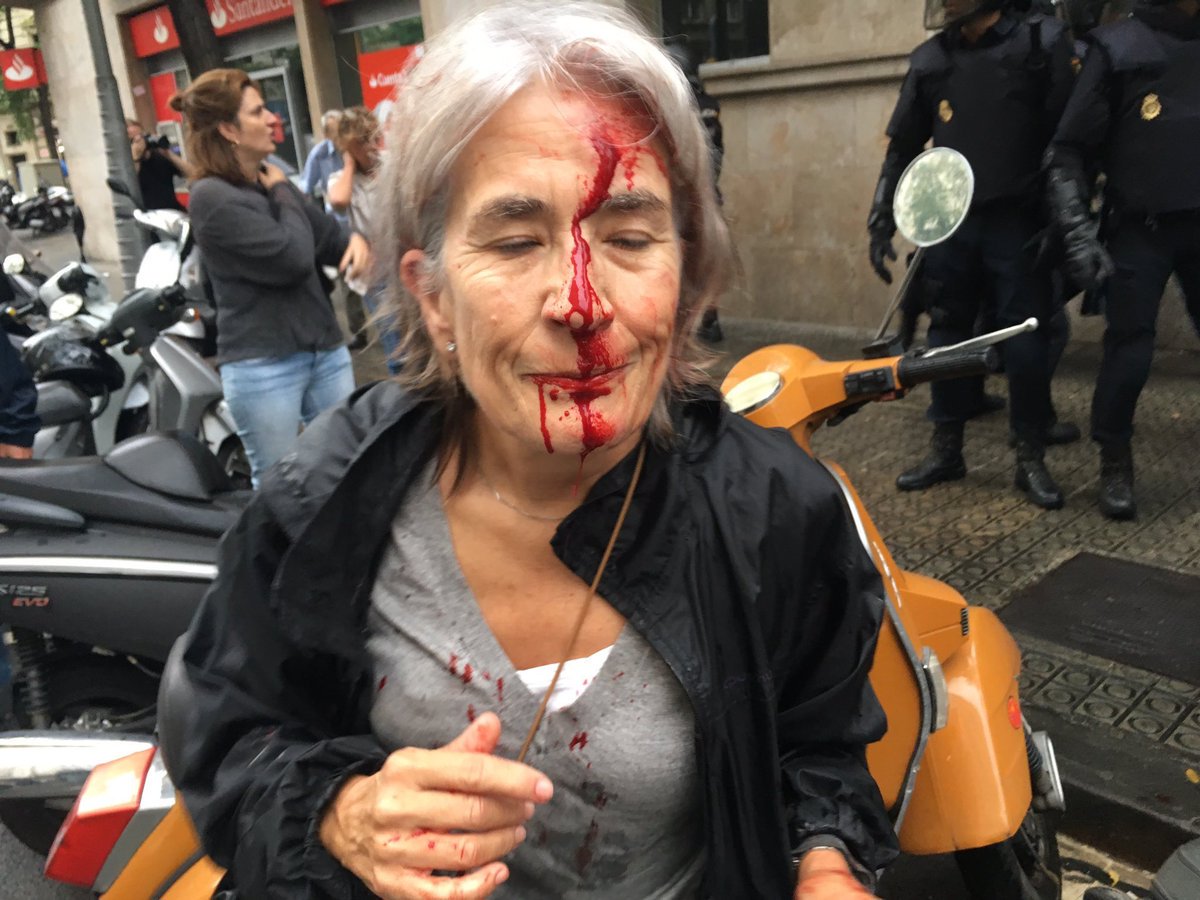