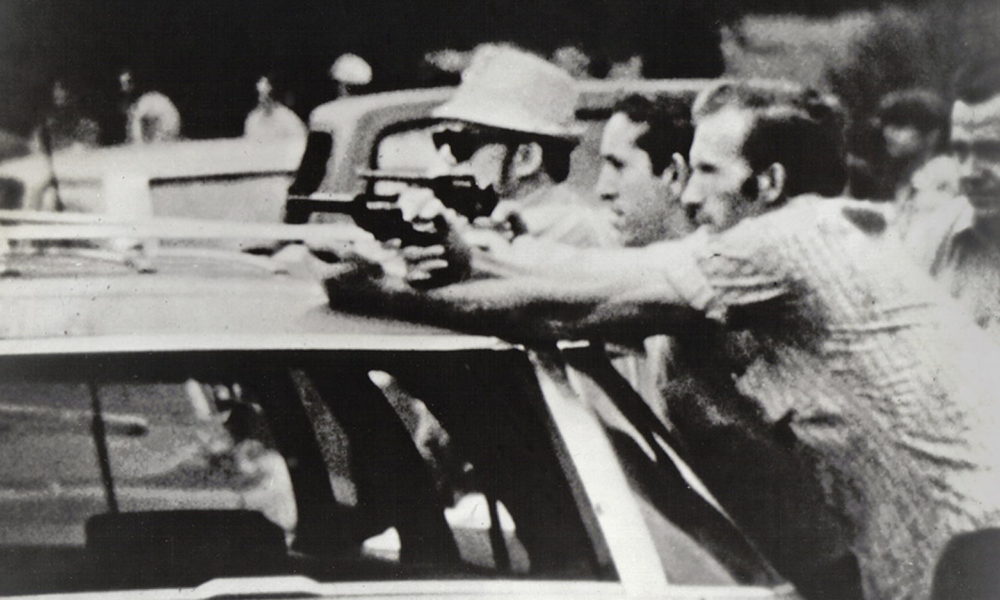 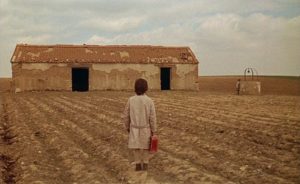 Directed by Víctor Erice, The Spirit of the Beehive takes place right after the Spanish Civil War and follows a young girl named Ana who believes that Frankenstein’s monster lives in an abandoned sheepfold in her tiny village. After the Francoist police kill a runaway soldier whom she had befriended, Ana is forced to come to terms with death, a concept she struggles to understand throughout the movie. Unlike other leftist films that function as agitprop, Spirit is much more subtle, clouding its message in symbolic imagery. Since filmmakers could not openly criticize the rightwing government, Erice represents the decay of Spanish society under Francisco Franco by showing the disintegration of family life against a backdrop of barren land and the mindless activity of a beehive. Viewers will likely be more familiar with Guillermo del Toro’s Pan’s Labyrinth (2006), an antifascist film inspired by Spirit. While Pan’s Labyrinth had the freedom to be more explicit in its political commentary, both films capture the absurdities of violence and war through the eyes of a child. 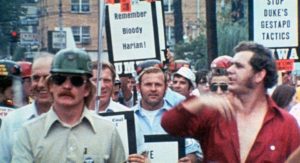 In Harlan County, USA, Barbara Kopple documents the 1973 coal miners’ strike against the Eastover Coal Company. This small county in Kentucky has a long history of labor conflicts, unfortunately earning the nickname “Bloody Harlan” by the locals. By the 1970s, the union leadership of the United Mine Workers (UMW) had become corrupt, and despite the company’s continued rise in profits, miners only made an average of $25 a day for dangerous work and no medical benefits. After interviewing miners and their families, Kopple reveals how Duke Power (the parent company for Eastover Coal) continued to exploit the workers and refused to provide safe working conditions. The severity of the situation becomes clear when the company hires gunmen to shoot at the strikers and beat up Kopple and her crew. Arguably the most compelling scene is the appearance of socialist activist Florence Reese singing the protest song she penned in 1931, “Which Side Are You On?” and reminding workers in an impassioned speech that they “have nothing to lose but their chains.” 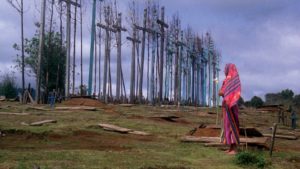 During the Cold War era, corporations like the United Fruit Company (UFC) lobbied the U.S. government to crush the Guatemalan Revolution out of fears that it would end the exploitative labor practices that had made the companies so profitable. A U.S.-backed coup instilled a military regime, resulting in a series of rightwing dictatorships in the country. Over the next few decades, this military government tortured and executed thousands of Indigenous and peasant citizens in what was later deemed the “Guatemalan Genocide.” This historical background sets the stage for Gregory Nava’s El Norte, a film about an Indigenous brother and sister who flee the country hoping to escape the violence of the military regime. Using beautiful imagery, Nava’s story illustrates the tragic consequences of capitalism, imperialism, and racism through the perspective of these strong but naïve siblings who have high hopes for their life in “The North.” El Norte functions dialectically: most scenes contain contrasting images (rural versus urban, poverty versus wealth, indigenous versus “civilized”) that ultimately reveal the film’s underlying ideas. After an arduous journey, the siblings discover that life in the U.S. was not what they expected: “They told us that in the North, you could make a lot of money, but they never told us you had to spend so much.” The magic of El Norte lies in its ability warn viewers about the dangers of capitalism and imperialism without ever using that terminology—the story and the visuals make these concepts tangible. 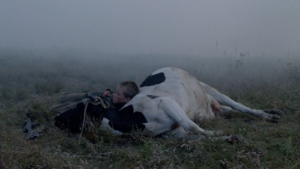 Drawing from his childhood experiences, Elem Klimov vividly captures the atrocities of war in his unforgettable film Come and See. The movie is set in Belarus during World War II. The story follows Florya, a young boy with heroic ambitions who witnesses and experiences the devastating horrors of the Nazi occupation. The Nazis carried out unspeakable acts of brutality against Belarussian villagers, effectively annihilating most of their population. These terrors are recreated in the film, as Nazis murder Florya’s family, gangrape a young girl, and burn down villages—all while laughing and taunting their powerless victims. The movie is relentless and difficult to watch, but that is, of course, the point. Klimov wanted his viewers to grasp the level of barbarism and savagery that was experienced on the eastern front, arguing that “This is war! Total horror everywhere. To recreate the sensual image of war, to convey this to the viewer, especially the young viewer who has never seen war, but plays at war. That’s one of the aims of our work.” He achieved his goals, as Come and See is one of the greatest anti-war films in cinema history.

Shalon van Tine is a Ph.D. student in cultural and intellectual history at Ohio University and an adjunct instructor in history and the humanities at University of Maryland Global Campus.