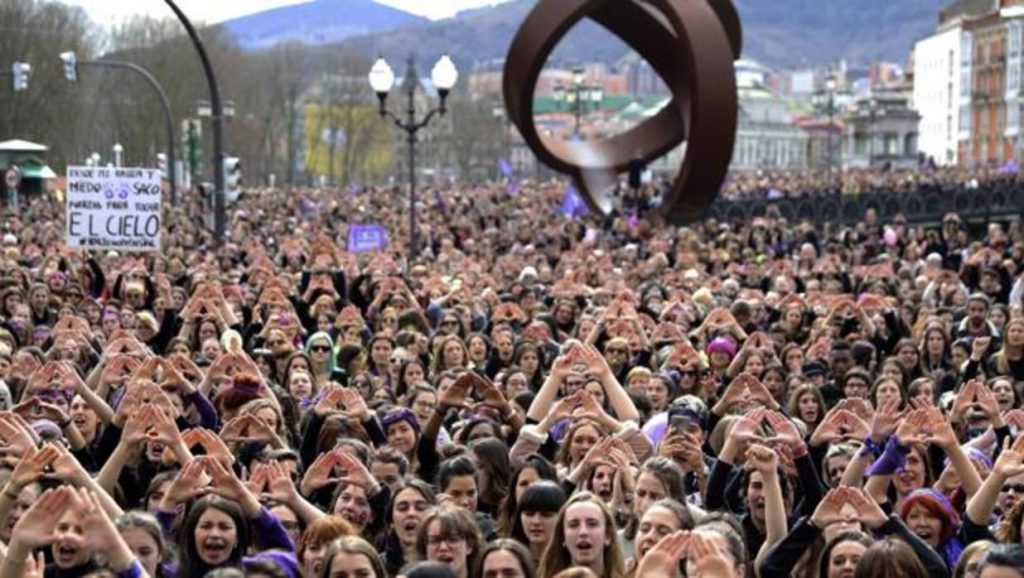 Trade unions in the Spanish State claim that 5.3 million people joined the massive strike on International Women’s Day. Millions are in the streets, on the picket lines and blocking major roads and subways. There are about 300 protests in more than 200 cities. Their slogan: “If we strike, we stop the world.” At this moment, the slogan is being proven true across the Spanish State. 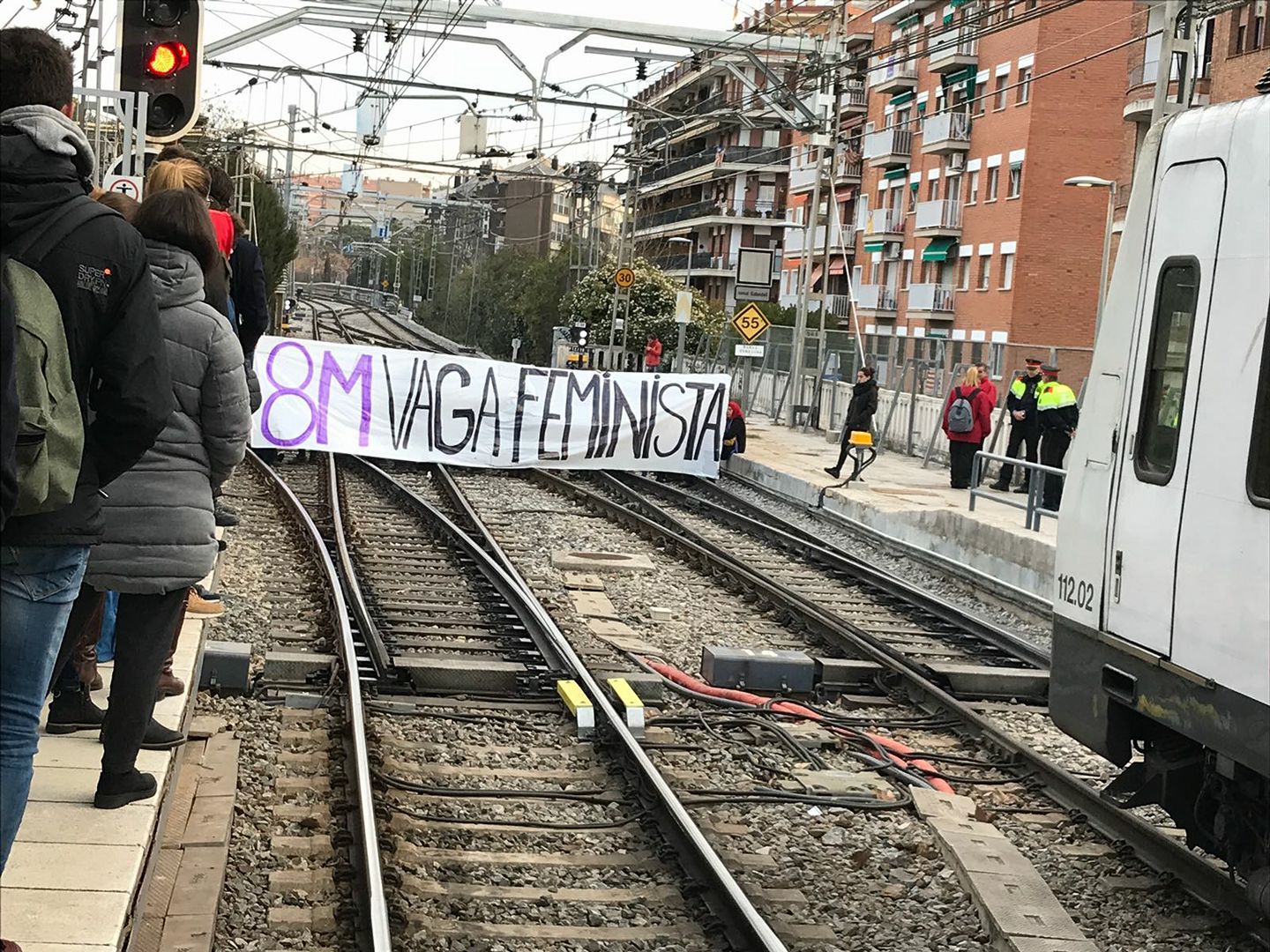 Major unions such as the CGT and CNT joined the 24-hour strike. In other cases, large trade unions such as the UGT limited themselves to calling partial stoppages from 11:30 a.m. to 1:30 p.m., and from 4:00 p.m. to 6:00 p.m. Even factories with predominantly male workers such as Nissan engaged in work stoppages. The result is that over 300 trains have stopped running as major cities grind to a halt. There is massive support for these marches. In a poll by El Pais 82% of Spaniards support the strike and 76% think women in Spain have harder lives than men.

By early morning, there were actions at workplaces and universities, as well as road blocks throughout various cities. By noon, student demonstrations took the streets and there were rallies at major college campuses. Bread and Roses (Pan y Rosas) participated in a picket in front of the Hilton Hotel along with Las Kellys— housekeepers organizing for their rights as workers and women. 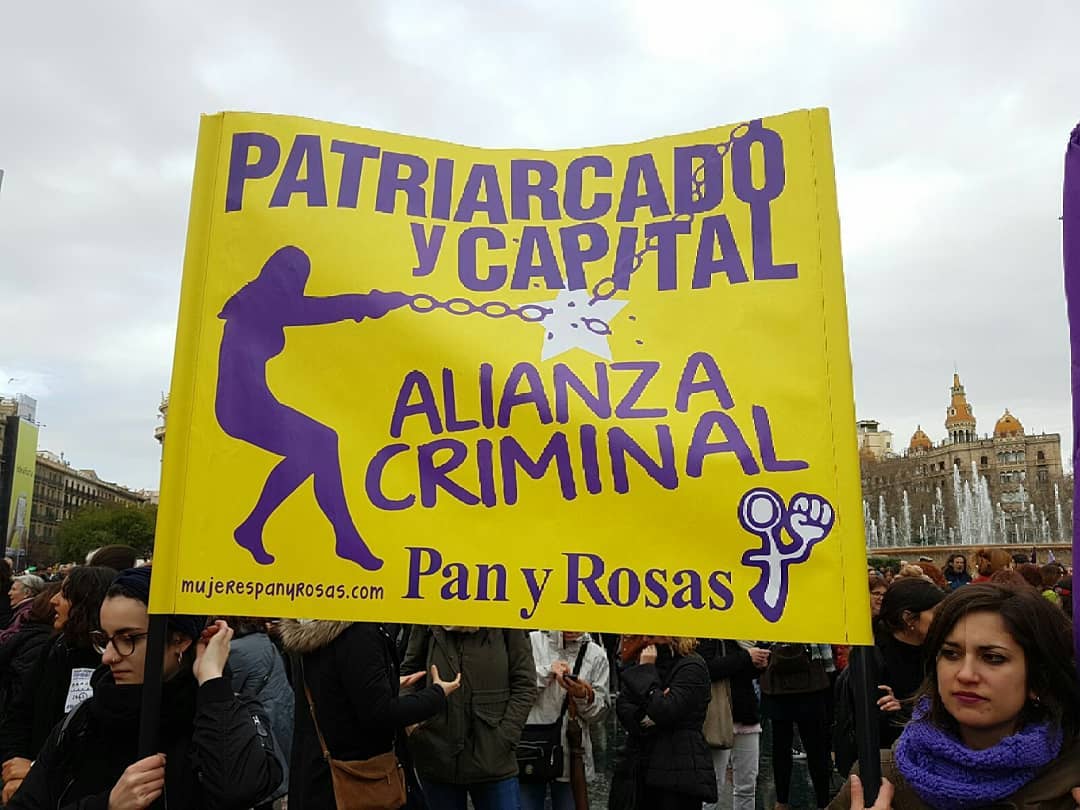 Patriarchy and Capital: A Criminal Alliance

By the afternoon, millions were in the streets shouting “Let’s shut it all down!” This has been a year of several major mobilizations, particularly in Catalonia, demanding independence from the Spanish State. It has been six years without a general strike in Spain and today demonstrates the discontent and need to organize a general strike, called for by the unions and maintaining a full work stoppage. This March 8, women struggle against patriarchy, but are also a chanel the rage of young people and workers against a system that imposes austerity, takes away immigrants rights and represses the Catalan people. All of these issues are part of a women’s rights agenda that addresses the needs of the majority of women in the Spanish State.

Tweets from the Spanish State