Educators in the twin cities just voted to authorize a strike. 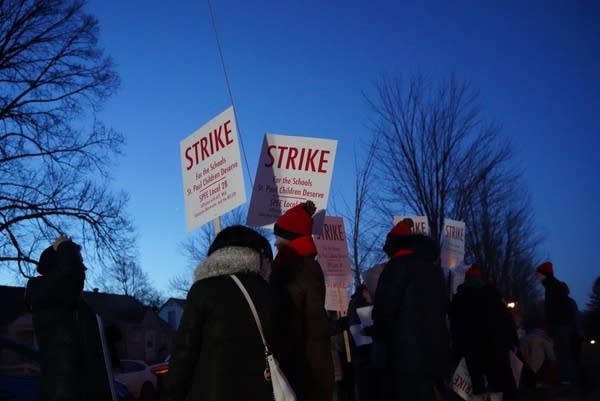 In a historic move, educators in Minneapolis and St. Paul have voted to strike. Although each city has a separate union, both school districts voted to authorize a strike. The votes were announced late Thursday night within minutes of each other.

If the strike moves forward, this would be the the first strike called by the Minneapolis Federation of Teachers since 1970. The last time St. Paul teachers went on strike was a short 3-day work stoppage in 2020.

This strike represents the first time in recent memory that the Twin Cities will have teachers out on strike at the same time.

The demands of the teachers are simple: they want higher wages, lower class sizes, and greater mental health support for their students. These demands are opposed by the school districts, who claim that lower student enrollment has left them underfunded — ignoring, of course, the systemic underfunding of education that is endemic to the neoliberal era.

The strike vote passed with over 97% approval in Minneapolis; over 93% of educators participated in the vote. In St. Paul, the strike was approved by over 78% of educators. But this vote doesn’t automatically mean there will be a strike. The bargaining committees will go again to negotiate with the district and there is a draconian 10 day “cool down period” before teachers will be legally allowed to strike — a policy put in place to ensure that bosses have every opportunity to dissuade and bully workers out of striking.

2022 has already seen an uptick in teachers struggles, with Chicago teachers leading the way earlier this year. The unified action of the Twin Cities teachers should serve as inspiration to teachers everywhere to fight for themselves and for their students.

We stand in solidarity with educators in the Twin Cities!