A Coup and the Aftermath

On August 31, Brazilian President Dilma Rousseff of the Partido dos Trabalhadores (Workers Party) was impeached by the Senate- 61 votes in favor and 20 against. With that vote the Congress swept away the democratic votes of millions. 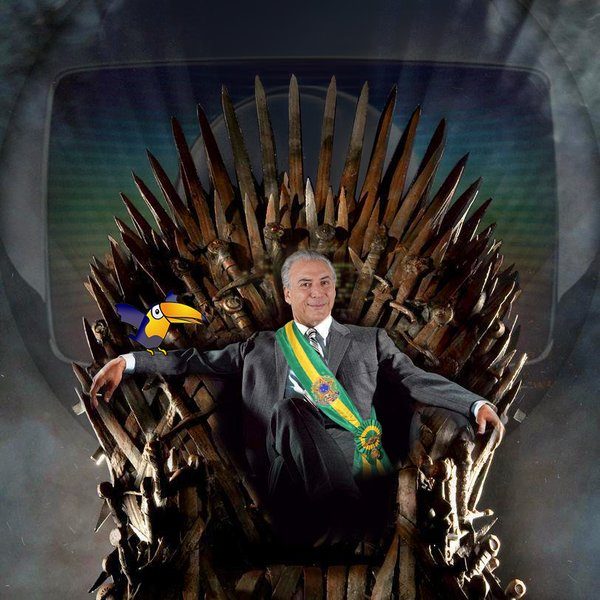 Left Voice has written extensively about the causes and political forces behind her impeachment: A Who´s Who in the Brazilian Crisis and about the coup and the PT’s failure to fight against it. Therefore, this article will not develop at length an explanation of the coup itself, but rather focus on the PT’s reaction, as well as the reaction of the Brazilian people.

The formal charges against Dilma were for breaking fiscal laws- laws that many current governors and former Presidents have also broken. Yet, the impeachment vote in the Chamber of Deputies showed the real reasons behind the attacks. In short speeches that members were allowed to make prior to casting their vote, representatives spoke about God and the traditional family, against homosexuality, and even in favor of a military leader who tortured people during the dictatorship. There was hardly any talk of the supposed crimes of the former President.

In the Senate, where the impeachment was all but assured, the arguments for impeachment were more centered around the actual charges against Dilma and, more revealing, around economic arguments. Right wing Senators attempted to reach out to the population, arguing that President Dilma was at fault for the economic crisis and for the increasing unemployment. Yet, the solutions provided by the right wing are further cuts and austerity. Both in the newspapers and in the proceedings itself, politicians express urgency in weakening labor laws, privatizing and implementing austerity measures. Before the coup was even over, the unelected new President, Michel Temer, had already planned a meeting of his ministers that would discuss privatizations of oil and gas, sanitation, infrastructure, energy and transportation.

The coup is executed by a Congress in which 352 out of the 594 members are being investigated for corruption, 60%. One of the main leaders of the coup, Eduardo Cunha, had to step down from office due to corruption charges. Former President Dilma however, has not been found guilty of corruption. The proceedings are extremely hypocritical and stamping out corruption is not the real cause of the impeachment.

The PT has refused to put up a real fight against the impeachment- instead resorting to back-room deals. They organized mobilizations that refused to take the streets. In Rio de Janeiro, they organized “protests” that amounted to speeches by political figures on stage with samba bands performing. Furthermore, while the PT is the leadership behind the country’s largest labor union, the CUT, they refused to organize any strikes or work stoppages.

Even though it is former President Dilma who was impeached, the real price of the coup will be paid by the Brazilian working class. The price will be paid by Black people who will live under harsher police repression, and women, whose lives and bodies will be more strongly regulated.

After the impeachment vote, ousted President Dilma gave her toughest speech to date, calling those who voted for the coup “criminals, who are currently under investigation” and defined the proceedings as a coup. She said the PT would use the court system to question the legality of the proceedings and ended her speech with a threat- promising the “most determined opposition that a coup government has ever had.” Yet, this starkly contrasts with the PT’s inaction in the months leading to the coup and continued refusal to call work stoppages and strikes.

After the coup, the country did not take long to respond. 15 different states held protests the day after the coup. In Sao Paulo, there were several days of protest in a row. The media responded by criminalizing the protesters and calling on police to repress further. On the weekend after the coup, protests grew. In Sao Paulo, 100,000 took to the streets. Many of these mobilizations have been met with police violence. A protester is now blind in one eye due to police repression. These mobilizations are not necessarily for the return of Dilma. Rather, as groups such as the Revolutionary Workers Movement have attempted to show, one can be against the coup, but also against the PT.

Already, the austerity and privatization measures behind the coup have reared their head. One of the first measures that is likely to pass is increasing the age of retirement by 10 years. The unelected President Temer has traveled to China and indicated to the world that Brazil is open for privatization. (As an example of how far reaching protests calling for “Fora Temer” or out with Temer have been, a Chinese businessman greeted Michel Temer by saying “Hello Mr. Fora Temer- confusing his first name with the common protest call for his ousting). For example, CB Steel signed a 3 billion dollar deal to set up a steel mill, Embraer sold airplanes to Chinese companies, Hunan Dakang will invest 1 billion in Brazilian agriculture and more. These companies will exploit Brazilian workers and reap immense profits from these deals, while the Brazilian people suffer under austerity measures. This is Temer’s way forward from the economic crisis- make the workers pay for the crisis while the capitalists reap huge profits.

Many on the Brazilian left have responded to the coup by calling for general elections. This is a call that the PT is also putting forward, as a pathway to get back into power. The call for a general election would serve to legitimize the current political regime. It would put into power a President who could make cuts and pass austerity measures with the “blessing” of the people via the election, as former President Dilma was doing. For the Brazilian working class, general elections will not solve the fact that there is an economic crisis and that the capitalist parties will make the working class pay for the crisis.

Why couldn’t a leftist candidate win the election? The recently passed election rules make it all but impossible for a leftist candidate to win. The current election rules bar the left from participating in televised debates because they have less than 9 representatives in Congress. This means that none of the left parties can make their case to the Brazilian people by going head to head with the representatives of capitalist parties on television.

That is why, as the Revolutionary Workers Party (MRT, Movimento Revolucionario de Trabalhadores) propose, the way out of the political and economic crisis is a constituent assembly. This constitutional assembly can only come about by the mobilization of workers- by a combative general strike to bring down the coup government along with youth mobilizations. Mobilizations like those that were seen in June of 2013, but with the goal of toppling the Temer government. These mobilizations must impose a constitutional assembly to rewrite the rules of Brazilian politics, end privileges for the politicians and make sure the capitalists pay for the economic crisis.