Argentina’s Elections: The Radical Left Presents the Only Alternative to Capitalist Crisis

The results of the first round in Argentina’s midterm elections point to a growing polarization in the country. The right-wing coalition of president Mauricio Macri consolidated its position, defeating the Peronists in virtually every province. Meanwhile, the Left has appealed to an increasing number of working class voters who have abandoned Peronism with a radical program based on the reduction of the workday and wages tied to the cost of living. 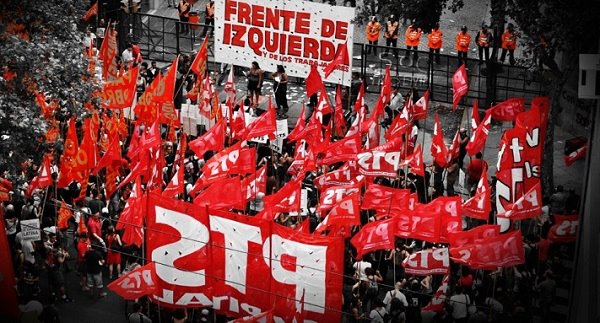 Behind the Right’s unexpected advance

On Sunday, Argentinians voted in the first round of midterm elections — the first such elections since the multi-millionaire business magnate Mauricio Macri became president a year and a half ago. It was an unexpectedly strong showing for Macri’s right-wing Cambiemos (Let’s Change) coalition and its allied candidates across the country. In nearly every major province, the Right outperformed the center-left Citizen’s Unity, a Peronist coalition associated with former president Cristina Kirchner. The success of the Right was most surprising in the provinces within the country’s interior, where Peronism has traditionally dominated.

To understand the Right’s advance, we must examine the many failures of Cristina Kirchner and her late husband Nestor, who preceded her as president, to win significant gains for the poor and working people of Argentina. During the Kirchners’ 12 years in government, despite a discourse of human rights and progressivism, the government implemented new austerity programs and sent the gendarmerie to repress striking workers. Kirchner’s modest social programs, such as cash payments to the unemployed, were not nearly enough to combat skyrocketing inflation and a deep economic crisis that began in 2014. Cristina Kirchner left the presidency amid a poverty rate of around 30%.

Under Macri, the Kirchnerist opposition also failed to offer a meaningful challenge to the new government’s neoliberal program. It did not mobilize the millions of workers who sympathize with Peronism in the streets or call on the unions to build a sustained fightback against the Right. In this context, and in the midst of deep economic crisis, Peronism has begun to lose its legitimacy. The crisis, which has now lasted over three years, has caused even sectors of the middle class to become squeezed and many who had voted Peronist in the past switched their alliance this time around. It is this middle class that is becoming the base of Macri’s right-wing movement.

Since taking office, Macri has only taken austerity measures further. The president and Cambiemos-allied politicians have led all out attacks on working class and poor people in an attempt to unload the current capitalist crisis on their backs. An estimated 200,000 workers have been laid off across the country in the Macri era so far. The official unemployment rate stood at 9.2 percent in the first quarter of 2017, with a great many more workers not counted in this figure, having given up on finding work.

Employed workers also saw major erosions in their living standards under Macri. With the rising costs of living, workers’ real wages fell by 6.5 percent in 2016. An estimated 50 percent of wage-earners made less than 8,000 pesos (approximately $450) per month last year, or 40 percent of the estimated cost of living in the country (approximately $1,130 monthly). At the same time, employers have used the excuse of the crisis to extend work days, cut salaries and intensify the speed of production. Temporary contracts, outsourcing, and unreported labor are also widespread practices. More than 6 million Argentinians are currently working “off the books,” with no contracts, no protections, and subject to every type of abuse by the bosses.

In response to the current crisis, the Frente de Izquierda y de los Trabajadores (The Left and Workers’ Front ) — an electoral coalition made up of three socialist parties — put forward the demand to reduce the workday to six hours, without any reduction in salary. At the same time, they called for the division of available working hours among all workers, employed and unemployed. This demand, which echoes sliding scale of hours and sliding scale of wages put forward by Trotsky in “The Transitional Program,” serves as a response both to growing joblessness and to increasingly longer workdays for employed workers. The candidates of the Frente de Izquierda agitated for this demand in the factories, workplaces, secondary schools, and universities. It was also featured prominently in campaign spots, which ran on TV and were shared widely in social media.

The slogan clearly resonated with hundreds of thousands of workers and young people. The Frente de Izquierda, which includes the PTS (Socialist Workers Party), PO (Workers’ Party), and IS (Socialist Left), won close to 1 million votes across the country (around 4 percent of the total vote). When other left parties and coalitions are taken into account, around 7 percent of the electorate nationally voted for the Left. In provinces such as Mendoza, Santa Cruz and Jujuy, the candidates of the Frente de Izquierda alone won between 8 and 12.5 percent of the vote.

As Trotsky pointed out, this “transitional demand,” which cannot be fully realized under capitalism, leads workers to the conclusion that only a workers’ government can offer a way out of the crisis. It demonstrates that capitalism is unable to overcome its contradictions, such as its need for a permanent army of the unemployed, as signalled by Marx. A planned economy, on the other hand, would be able to offer jobs to all workers at a livable wage, while fully providing for those unable to work, such as retirees, the disabled, children, caregivers, etc.

The current 8-hour workday has been in place since 1929 in Argentina. In other words, in the past 88 years, with all the technological advances that occurred during that time, workers have seen no reduction in their time on the job. Furthermore, workers in many branches of industry work far longer than a 40 hour week, ranging from an average of 43.8 hours weekly in manufacturing to 51.7 hours in transport to 57.6 hours in the mining sector. An exception to this trend are the workers of the Buenos Aires subway, who won a 6-hour day through a difficult and courageous struggle in 2004. However, subway management is now trying to reverse these gains through widespread use of subcontracted workers.

The only political force of the workers

The candidates of the Frente de Izquierda know the conditions faced by working-class people first hand. They are not the millionaires or career politicians of Cambiemos, Citizen’s Unity, and the various other parties of the ruling class. Rather, in virtually every race across the country, they put forward candidates who were workers, teachers, and activists. In the province of Jujuy, the slate was led by Alejandro Vilco, a long-time PTS member and garbage worker; in Neuquen, Raul Godoy, a worker-militant at the Zanon tile factory under worker control, stood as a candidate for the coalition. And in Mendoza, the former teacher Noelia Barbeito represents the Frente de Izquierda as a senator in the provincial legislature.

Nor is their militant work restricted to election season. The members of the parties making up the Frente de Izquierda were among the PepsiCo workers and their supporters who led a brave struggle this summer against the plant’s closure. In June of this year, the plant’s workers arrived at the factory early on a Wednesday morning to find it had been shuddered overnight, leaving all 600 employees jobless. What set PepsiCo workers apart, from the thousands of other workers in similar situations, was that they fought back, occupying the plant and even facing off against the police in defense of their jobs. The PepsiCo workers exposed to millions of Argentines that the Macri administration was attempting to make workers to pay the costs of the crisis, while ensuring that the capitalists, even foreign multinationals like PepsiCo, would continue to reap profits during the economic downturn. Several of the factory’s workers stood as candidates for the Frente de Izquierda in municipal races.

The candidates of the Left also played a central role in leading massive demonstrations against the scandalous disappearance of the young activist Santiago Maldonado, which took place only two weeks before the elections. At the time of his disappearance, Maldonado was fighting with Mapuche indigenous people against their eviction from their ancestral lands by the Border Patrol and the multi-national corporation Benetton.

As Barbeito puts it, the campaign of the Frente de Izquierda fights to “bring the voices of the voiceless to the legislature, to declare publicly how difficult life is for the millions subjected to austerity, to speak for the youth whose future is being stolen from them, and for the families who’ve been left in the streets because of their layoffs.”

An example for the world

The Macri phenomenon signals an attempt at deepening imperialist penetration in Argentina. While Kirchner’s government hardly delivered radical change, it still ran into tensions with imperialist countries on various occasions, in conflicts over the “vulture funds” on the return of the Malvinas islands, for example. Macri, in turn was far more conciliatory toward the major powers and is willingly carrying out the structural adjustment demanded by the IMF and other institutions of foreign capital. It is no coincidence that he received congratulations from the Trump White House on his coalition’s success in Sunday’s elections. Vice President Mike Pence hailed the “bold reform agenda” of Macri and stated that under the new neoliberal administration, “Argentina in many ways is an inspiration across this hemisphere and across the wider world.”

Pence is correct that Argentina can serve as an inspiration throughout the world. But it won’t be for its “reforms” that cause misery for millions and obscene wealth for foreign investors and multi-nationals. Rather, it will be the fighting spirit of Argentine working class and oppressed peoples, from Pepsico factory to the indigenous lands of Chubut, that inspire their fellow workers worldwide.