Childhood Memories from the Soviet Union

This is the first of three articles by Anna Malyukova about her memories of the Soviet Union, where she grew up and lived before its collapse in 1989. Anna’s account is not a detached political analysis of the situation in the former Soviet Union but rather a story of her personal experiences, which illustrate the deep contradictions that marked the society and the everyday lives of the people. 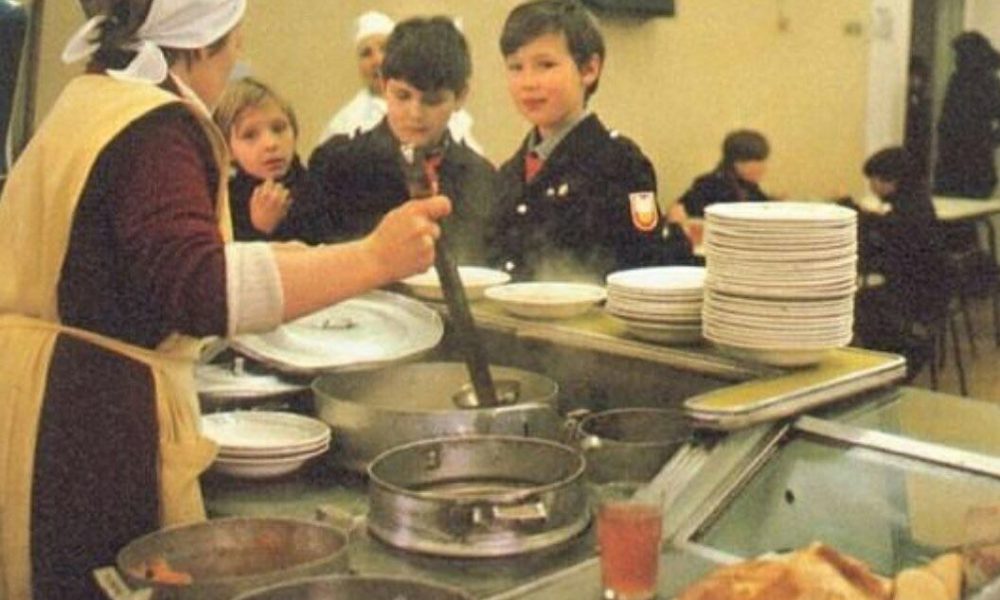 This is the first of three articles by Anna Malyukova about her memories of the Soviet Union, where she grew up and lived before its collapse in 1989. Anna’s account is not a detached political analysis of the situation in the former Soviet Union but rather a story of her personal experiences, which illustrate the deep contradictions that marked the society and the everyday lives of the people.

The Russian Revolution has been subject to multiple misrepresentations, particularly in the United States. The anti-communist policies of successive U.S. administrations during the second half of the twentieth century made it possible for socialism to be identified with totalitarianism, oppression, and lack of freedoms. American capitalism, by contrast, has presented itself as the best possible social system. However, after eight years of economic recession and after the election of Donald Trump, things seem to be changing.

People across the world, including in the United States, know that capitalism is a system that deserves to die. The most sinister face of the “American way of life” is the exploitation and precarization of millions of workers, the rampant police violence, systemic racism, the mass incarceration of America’s Black population, and the persecution of immigrant workers. Globalization has enabled American transnationals to enrich themselves by exploiting millions of workers, while oppressed people everywhere, especially in the Global South, suffer under the yoke that is the criminal economic and political hegemony of the US — the superpower that is sometimes commanded by Democrats and sometimes by Republicans.

In this context, it is useful to shed some light on what was the most impressive working-class revolution in history. It is true that the Communist Party was the main agent of capitalist restoration in Russia; however, some of the achievements of the Revolution endured into the 1980s, such as access to education and culture, healthcare, and recreation. These important public goods and services, which are effectively withheld from millions of workers in the US, in particular from people of color and Latinx, were a lasting feature of Soviet society, and this was possible only because the revolution had expropriated the capitalist class. The laboring masses had taken their destiny into their own hands by taking political power and
making the means of production the property of the state.

While the Russian Revolution of 1917 remains a most impressive testament to the profound changes that the working class is capable of bringing about, the subsequent developments in the Soviet Union are evidence of the nefarious role of the Stalinist bureaucracy, which used the theory of “Socialism in one country” in order to isolate the country in the world. As a result of the Stalinist counter-revolution, revolutionary movements all around the world were stopped in their tracks, as socialism was supposed to exist in “peaceful coexistence” with imperialism.

There are profound lessons to learn from the Bolshevik revolution. First and foremost among these lessons is the fact that a society without capitalist exploitation is possible. This is of immense importance especially for new generations of workers and young people who begin to embrace the idea of ​​socialism and are looking to study the history of the Russian Revolution and of the Soviet Union in order to understand better how to build revolutionary movements that are prepared to take up the fight against global capitalism today.

In a communist Soviet Union, hierarchy of social privileges still existed even if they were subtle. My father’s family belonged to a family with more privileges, which would probably resemble a middle class in a capitalist society. His father was a military doctor and his mother was a nurse. Both of my grandparents lived through WWII. My grandfather was on the front as a doctor, and my grandmother was a civilian. She was captured by the German troops and later walked thousands of miles back home. They travelled a lot when my father was little from one military base to another, eventually settling down in his hometown in the south of Russia. The climate is very mild there and gardening is very fruitful. They lived in a small private house with a piece of land, which they cultivated with love and care. That’s probably when my father learned to love gardening as well. They grew an abundance of produce, which was characteristic of that area of Russia.

After my father finished school he was accepted into a prestigious Moscow University to become an engineer. You had to take entrance exams to get accepted into a university and the more prestigious the school the more difficult was the entrance exam. Needless to say, my father had to do well to get in. All students were provided with housing and stipends as they began their studies, and received those for the duration of their education as long as they continued to be in good academic standing. The stipend amount was sufficient enough for my father to live in Moscow and not worry about money, although I imagine his parents helped him a little as well.

Like today, all men were drafted into the armed forces. My father was drafted as an officer after two years of college and served his military duty for two and half years in the nuclear warhead missile troops, after which he continued his education. By the time he received his degree he was already married and had a newborn son. All graduates were provided a job placement after they completed their degrees. Sometimes that meant moving to a different place. My father was given three choices in different parts of Russia and one of the choices guaranteed a state provided apartment within three months of starting the job. I was born in this town seven years later.

My mother’s parents were both teachers. My maternal grandmother was a nurse during WWII and lived to be 90 years old. She joined the troops after two years of her studies at a pedagogical institute. After the war she married my grandfather, who couldn’t serve because of his disability and young age. From my mother’s stories, her family had very few privileges, if at all, unlike my father’s family. They lived in a very small private house and had a garden as well. She grew up in the central part of Russia and the climate was much harsher there.

Summers were colder and shorter than the place my father grew up in, and it rained a lot. My mother’s family always struggled financially. Perhaps it had to do with the fact that there were four children in the family and older family members always lived with them, but even things of necessity were sometimes items of luxury. When my mother was a young woman they could not afford to buy stockings and when they would go dancing, she used iodine diffused in water to add a tan hue to her legs to make it look like she was wearing stocking and drew a line with a pencil on the back of her legs. Stocking with straight lines were fashionable at the time.

My mother attended a two year college, which was more of a vocational school. She got a job at a railroad station and occupied managerial positions in similar organizations her whole life.

My parents moved to my hometown in 1973 with two suitcases, two pillows, and a baby. After three months they were given an apartment with two rooms in a four room apartment, which they shared with another family who like my parents moved from somewhere else as young specialists after completing their education. The sharing was temporary, as more apartments were being built, families were given individual apartments. It did, however, take some time. After ten years my parents had a four room apartment with kitchen and bathroom all to themselves. When I was born I was brought from the hospital to the same apartment and after the collapse of the Soviet Union these apartments were privatized and now my brother and his family own it.

My brother was born with a physical pathology. The fingers on his right hand didn’t develop past the first phalanges. Health and education was free in Soviet Union, but to get to a good specialist was not easy. My mother struggled greatly to look after my brother, travelling to Leningrad to see a leading specialist, where she would would wait for days before nurses would manage to get a doctor to see him. At times my mother would even work as a janitor to make some money and be by my brother’s side as he recovered after surgeries. By the time he was three years old he had 3 surgeries, which ensured that he could use his right hand as much as possible.

The amount of health care my brother received in his early years is astounding. Because my father served his army duty in the nuclear troops he was exposed to harmful materials, this could have been the reason for my brother’s health problems, including the birth pathology, as we were told by the doctors. He had a blood condition (leukemia like) as well, which was eventually cured. For years, my parents’ main concern in life was my brother’s health.

Now that I am a parent myself, I can’t imagine what my parents went through. My mother had nightmares where she saw herself standing next to my brothers’ coffin on regular basis. Years later she was granted early retirement as a mother of a child with a disability, which allowed her to retire 5 years before regular retirement age. By that time Soviet Union didn’t exist, but some of the social benefits were still in place such as early retirement for my mother as well as my brother receiving pension since he was 18 years old in the amount similar to a regular retiree’s pension.

I am sure there were some financial difficulties that came with providing care for my brother, like traveling to special clinics in different places and taking off work, but other than that, my parents didn’t have to pay for any medical procedures. Now, when I live in the U.S. and have my own children, I hope that my children will always be healthy, both for their (and my own) sake, but also because financially it can ruin a family, even when you have health insurance.