Democrats Sell Out Dreamers. Is ‘Power to the Polls’ Really the Answer?

This weekend hundreds of thousands mobilized against Trump. But is the slogan power to the polls the solution? 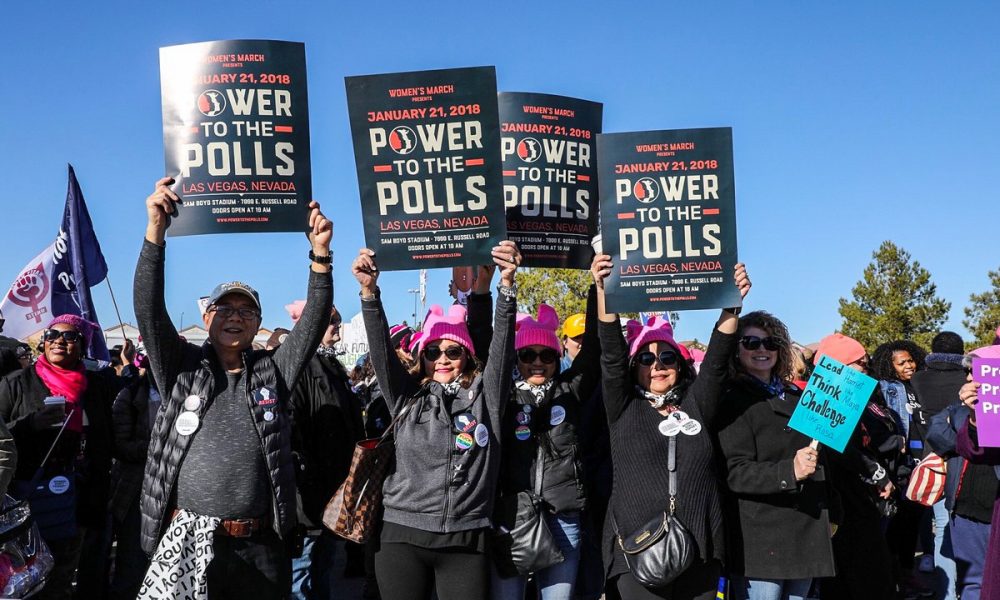 This weekend, hundreds of thousands women all over the country marched against Trump. After months of low activism, it became clear that widespread disgust with Trump and rejection of his border wall, tax breaks for billionaires and attempts to cut healthcare for millions of Americans could be expressed in a massive street mobilization. It became clear that for thousands of women, it was not enough to watch Hollywood stars say #MeToo. The women who tweeted, wrote and spoke about their experiences of sexual violence took their activism beyond their computer screens.

The main call of the organizers of the Women’s March was “Power to the Polls” — a unabashed attempt to get women to vote for the Democrats in November’s midterm elections. It is an attempt channel the anti-Trump sentiment and all of the activism around #MeToo as a campaign rally for the Democratic Party. Thus, the marches were such an entirely symbolic show of force that no one was threatened by it — not even Donald Trump, who tweeted his “support” for the march.

At the exact same time that hundreds of thousands of people mobilized around the country against Trump’s policies, the Democrats in the Senate were negotiating away the rights of Dreamers, resulting in Monday Senate vote to end the government shut down without a single assurance that DACA would be protected or that Dreamers would be safe from deportations. After all of the Democrats’ talk about defending Dreamers, the party leaders sold out hundreds of thousands of undocumented people all over the country. Only 16 Senate Democrats and two Republicans voted against the funding bill.

So, we have to ask ourselves — power to the polls for what? To vote for Democrats who sell out undocumented immigrants and whose opposition to Trump in the past year hasn’t gone beyond the entirely impotent strategy of voting against him while being in the minority in the House and the Senate? Why would take our power in the streets and our power as working class people to the polls to vote for the Democrats?