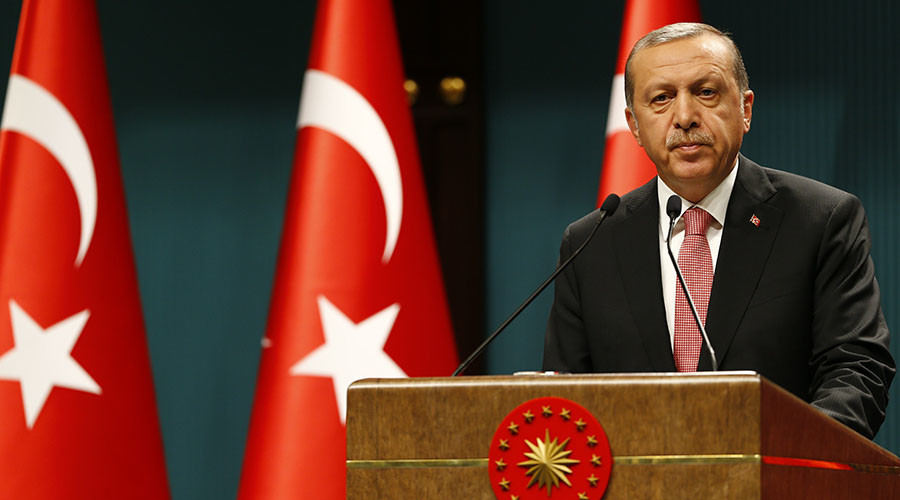 On July 20, Erdoğan announced a state of emergency, allowing him to preside over the government and swiftly pass executive decrees. Thus, it can be said that Erdoğan has established a de facto presidential system. Governors will have the power to freely ban all protests and gatherings, close down associations, outlaw publications, suspend the freedom of transport, and declare curfews. The police will be able to detain protesters for up to eight days and frisk anyone at will. Erdoğan, in the same breath, also urged his supporters to remain on the streets.

Erdoğan pointed to the July 15 failed coup attempt as the pretext for this decision, stating that France, too, has been under a state of emergency for quite a while now. Allegedly to counter a military coup, Erdoğan is paradoxically introducing a very repressive regime based on laws passed by the military regime of 1980. The restrictions will undoubtedly be a huge blow against workers, women and youth.

Purges through the state

Last week’s failed military coup has given the AKP government the perfect opportunity to initiate a purge across the state apparatus. As of July 20, 50,000 state officials and employees have been suspended. Seven thousand soldiers, including one out of every three generals, and 1,000 judges and prosecutors have been detained. Eight thousand police and 21,000 ministry of education employees–mainly teachers–have been suspended. Needless to say, most of these measures lack legal foundation.

In another shocking development, the ministry of religion, which has functioned like a propaganda unit urging Muslims to wage jihad against the coup, has declared that no funeral service will be offered by imams to the coup-plotters.

As such, it can be said that Erdoğan has tightened his grip on the final fringes of the state apparatus that were opposing him. The army seems to be under his firm control, issuing a statement almost copying Erdoğan’s language and describing the Gülen sect as a terrorist organization for the first time.

And now, the National Security Council (a vestige of the 1980 coup) composed of military and civilian officials has decided on a three-month state of emergency. The state of emergency will allow Erdoğan to continue the purge within the state; however, it will also enable him to fiercely attack any remnants of workers’ and people’s rights. Many commentators have asked, “Can it get any worse?”, as working conditions have become increasingly precarious. In 2016, 1,000 workers have died in workplace accidents throughout Turkey.

First of all, a state of emergency will make it virtually impossible for unions to organize strikes– and wildcat strikes will be repressed more harshly. The “illegal” workers’ protests, as seen for example in the auto and metal industry in May 2015, will become more difficult to organize. Even simple demonstrations, or “press announcements” on the street, will become a major challenge. Secondly, the government will likely take steps to slash workers’ severance pay, as it has aimed to do for a long time. Parties in Parliament and labor unions will struggle to oppose it.

Taking into account the extensive exploitation of Syrian refugees in Turkey and a recent law legalizing labor brokerage, all workers will feel more economic pressures, a squeeze on their already meager earnings.

In the coming months, activists will risk harsher repression and imprisonment as they continue their resistance during the state of emergency: residents fighting the rampant urban development, villagers protesting power plants, and women protesting against femicides.