Students at the Boğaziçi University in Istanbul were protesting against an action by Islamist students in support of the Turkish army’s war in Afrin. Now, the protestors have been arrested by police. The country’s president has vowed that they will be expelled because they are “terrorists”. 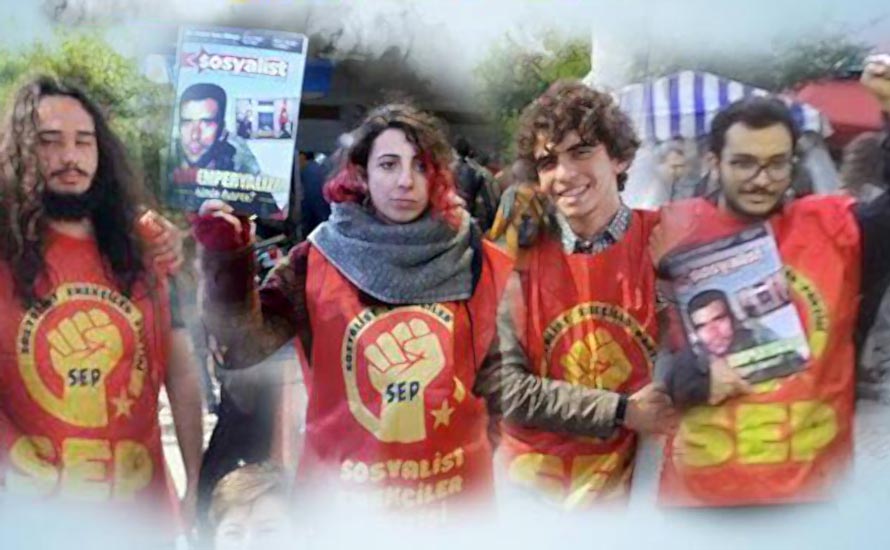 “These are terrorist youths!” Turkish President Recep Tayyip Erdogan said this about left-wing students at the prestigious Boğaziçi University in Istanbul. He was speaking at a congress of his ruling Justice and Development Party (AKP) on Saturday.

Last Monday, around 20 Islamist students gathered at Boğaziçi University to celebrate the victory of the Turkish army in the Syrian province of Afrin. They were handing out sweets (Lokum, also known as “Turkish delight”) to passers-by.

Anti-war and left-wing students organized a peaceful counter protest. Around 25 students held up a banner that read: “There is nothing to celebrate about war and occupation!”

Immediately, a witch-hunt against the activists began in social media, soon taken up by the mass media. The university rector defended the “free speech” of the Islamist students, while calling the anti-war activists “terrorists” – without any further explanation. This is typical in Erdogan’s Turkey: Any opposition to the government is characterized as “terrorist”. The AKP is trying to change the university law to make it easier to expel students from the university and silence criticism.

On Thursday morning, six students were arrested by the police in their homes. By noon that day, students had gathered at Boğaziçi University to protest against the repression. Here, seven more people were detained by the police. Of the 13 arrested on Thursday, 7 were released the same day and 3 more on Friday. But a further activist was detained on Friday. So at the moment, four students remain in prison.

Most of the activists are from the Marksist Fikir Toplulukları (Community for Marxist Ideas, MFT) and the Sosyalist Emekçiler Partisi (Socialist Labourer’s Party, SEP), Trotskyist organizations with a long tradition at the Istanbul university.

The President has personally denounced the arrested students. “God-fearing, national and local youth were distributing Turkish delight for Afrin,” Erdogan said at the AKP congress in Samsun, according to the news site Ahval. Then, “those Communist, traitor-to-the-nation youth attempted to break up the stall. They are terrorist youths.” Erdogan promised to expel left-wing students from the university. “We will not allow them the right to study. Universities cannot raise terrorist youths.”

Erdogan had previously declared that Boğaziçi University does not reflect “Turkish values”. Despite increasing repression by the Erdogan government against academic freedoms, there is still a strong left-wing movement at Boğaziçi. Erdogan is now using pro-war propaganda and police repression to try to break the student movement there.

We express our complete solidarity with the arrested students and demand their immediate release. We support their struggle against Erdogan’s authoritarian government and the war against the Kurds and other peoples in Afrin.