On Tuesday July 28, the charges faced by three activists arrested on July 15 during the mobilisation in Syntagma Square were announced. While the police was beating the demonstrators, the government led by Alexis Tsipras was debating the draconian agreement with the Troika. The activists were sentenced to several months of imprisonment on suspended sentences of three years.
Share on facebook
Share on twitter
Share on email 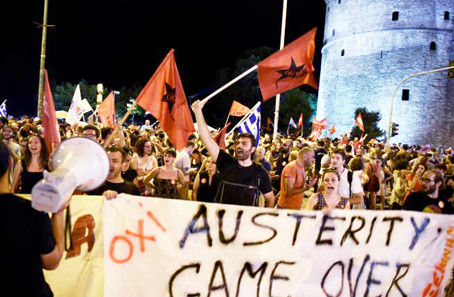