Our new print issue is out! If you like our politics and you want to support us, go ahead and subscribe! We’re offering free shipping for the first 2 weeks. 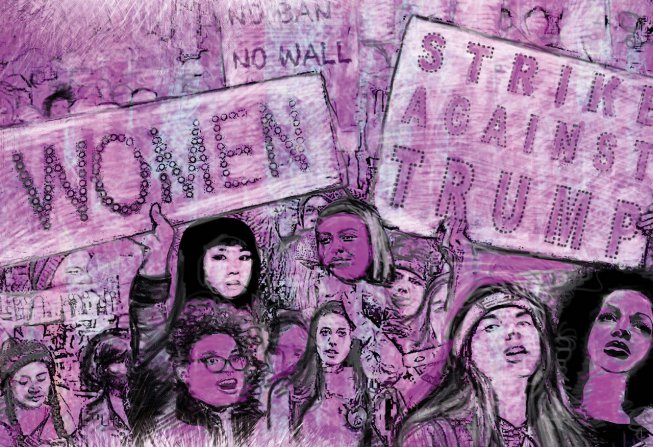 Left Voice’s second print edition, “Women on the Front Lines,” is now available for purchase. The magazine was printed in a worker-controlled factory in Argentina. These factories are facing extreme economic hardship due to President Macri’s austerity measures. For every magazine sell, Left Voice will donate a dollar to a factory under worker control.

You can can buy the magazine in digital (pdf) or print. You can also subscribe to this magazine and the next two print editions for a reduced price. All subscribers will have access to the previous print edition online.

The DSA in the Democratic Party LabyrinthTracy Kwon & Jimena Vergara

Deliver Us to the Lesser EvilJack Rusk & Hart Eagleburger

The Party We Need: A Revolutionary Socialist PartyJuan Cruz Ferre

Our Duty to Win: Strategy and Anti-Capitalist FeminismTatiana Cozzarelli

A Resistance Movement for the PlanetJohn Bellamy Foster

Why Socialists Have Always Fought for Open Borders. A Debate with Socialist AlternativeWladek Flakin

Class, Party and Leadership: Lessons from the Spanish RevolutionSantiago Lupe

A Race Towards the Abyss: Labor and Capital in a Globalized MarketEsteban Mercatante