The parliamentary elections of the state of Berlin take place today. Incumbent Mayor Michael Müller is up for reelection at the head of a coalition between the Social Democratic Party (SPD) and the Christian Democratic Union (CDU). 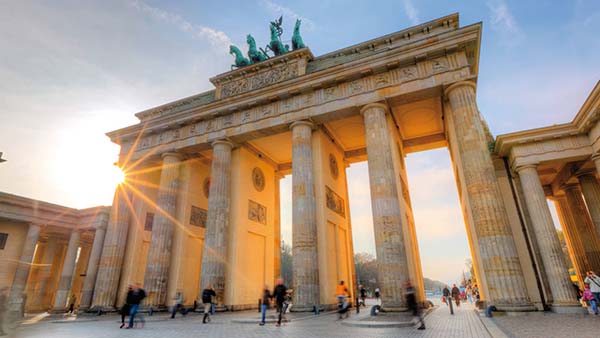 This article was [first published->
https://www.klassegegenklasse.org/kaempfenlohntsich-keine-der-parteien-verdient-unsere-stimme/] on September 6, 2016 by Klasse Gegen Klasse, the website of the Revolutionary Internationalist Organization (RIO). It has been translated and adapted for publication in Left Voice.

In Berlin, we love to hate our city. This has nothing to do with a Berlin attitude; it’s an expression of the social catastrophe taking place.

Berlin is the capital of precarization. One in every four jobs is precarious, whether in public or private enterprises. Thanks to privatization by the previous government formed by Social Democratic Party (SPD) and Die Linke (Left Party) ten years ago, housing costs have jumped to extreme heights. Schools have fallen into disrepair. Teachers are striking to demand equal pay for equal work. With cuts everywhere, only the state surveillance apparatus is booming. When refugees or left activists protest, an army of police forces are always ready to attack.

All political parties in Berlin state parliament are responsible for the crisis in Berlin. This has been clearly demonstrated in the electoral campaigns leading up to today’s vote. The SPD has promoted itself with the slogan, “Berlin stays”–as if Berlin should remain what it has become over the last 25 years under social democratic governments: a buffet for investors, an ordeal for the poor. The Christian Democratic Union (CDU) rounds out this program with a demand for more “security” if Berlin residents protest these conditions, i.e. more cops and more repression. The Green Party, still holding grudges against the SPD for not having been coopted into government in 2011, are acting like a nicer CDU, with plans for a neoliberal and racist city (with more bicycle paths).

Die Linke formed part of the Berlin state government from 2001 through 2011 and helped push through privatization policies. No CDU-led government in Berlin had a more right-wing program than theirs. Now, this party seeks reelection with the same politicians. Even former Berlin Secretary of Treasury Thilo Sarrazin (SPD), racist demagogue who was responsible for the biggest attacks, is glad for the opportunity to coalesce with Die Linke; he sees is as a more reliable option than the Green Party.

The only “news” is the extreme right-wing party, Alternative for Germany (AfD). The AfD offers even more racism, repression and cuts. All other parties are indirectly promoting this supposed alternative to the establishment by calling for “any vote against the AfD.” 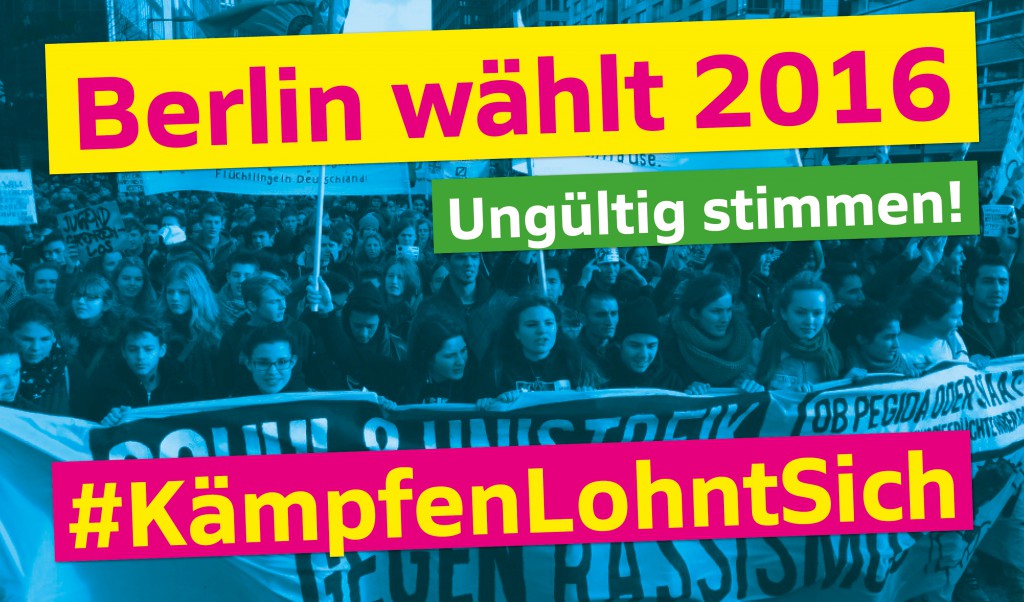 Fighting back is worth it

What to do, then, against the misery at the Spree river? We can’t bet on the situation improving through any of the other parties. But we can bet on our own strength.

Refugees are fighting for the right to go to regular schools, live in regular housing and work regular jobs. Students are protesting with strikes against racism–four times in the last two years, thousands took to the streets. The next school strike is planned on September 29.

As mentioned, public workers in Berlin are fighting for the principle, “equal pay for equal work.” They are opposing exploitation through subcontracting, receiving miserable pay and locked out of collective bargaining contracts. Over the last few months, there have been strikes at the Botanical Garden, the Technical Museum, schools, and the Charité Facility Management.

At least at the Botanical Garden, the workers are close to reaching their goals. A staff composed of many nationalities showed how to oppose the government’s policy; not through friendly chit-chat with the capitalists, but through strikes and protests. This is an example for the thousands of workers in this city.

For a spoilt vote!

No party presenting itself during these elections will fulfill our demands. We, as workers and youth, women and LGBTI people, migrants and refugees, need to organize and fight for ourselves. In order to unite our struggles, we need a political voice. In our opinion, this can only be through an anti-capitalist left front organized at universities, schools, workplaces and trade unions–independent of the capitalists and the state.

It’s not a good idea for people with a revolutionary mindset to vote for and support Die Linke with hopes that it will at some point change its reformist character. After the elections, Die Linke will only continue its policies of cuts and privatization.
Since there is no anti-capitalist alternative in this election, we call for a spoilt vote.

Against rising rents, we must fight for the right to dignified housing for all. This can only be achieved through taking housing from the hands of speculators and investment funds. We need good working conditions for everyone–only achieved by fighting for control of the companies. The only reason unemployment rates appear lower is because a typical worker today must work several jobs to survive. We want shorter working hours for all with no reduction in wages. We refuse to continue to pay for the crisis of capitalists.

Fighting back is worth it is a meaningful slogan for election day and it will continue being relevant after September 18.