We don’t mourn the loss of George H.W. Bush. Here is why. 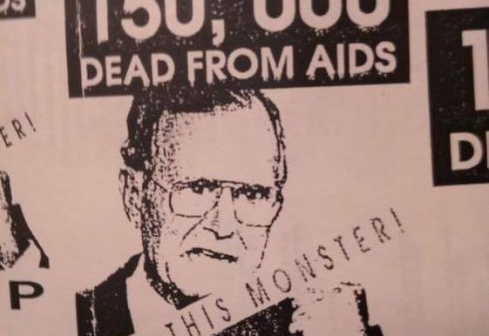 George H. W. Bush is dead at age 94, and the maudlin spectacle has begun. Donald Trump, Barack Obama, Al Gore, and the Clintons all gushed about H. W. Bush’s life, career, and personal qualities. From the G20 summit in Buenos Aires, Trump declared Wednesday, December 5th a National Day of Mourning for the 41st president. Bernie Sanders tweeted “President George H. W. Bush served our country honorably. He and Barbara will be remembered for their humble and devoted service to the country they loved. Jane and I send our deepest condolences to the entire Bush family.”

The press is having a field day, speaking about Bush’s life as a “public servant,” “a very fine man,” and “great president.” “We need more of George H. W. Bush’s spirit today,” CNN says.

The articles laud his 73 year relationship with his wife, the longest of any US president. Needless to say, most leave out the multiple sexual misconduct allegations against the former president.

So, while the capitalist media mourns their president, We think it’s worthwhile to remember Bush for who he really was. Here are seven reasons that we won’t be mourning George H. W. Bush. This list is not in any particular order and is certainly not exhaustive; there are many other atrocities that Bush committed that could not fit in a modest list of 7.

Orchestration of Coups and Dirty Wars

George H. W. Bush was a hardened conservative from a young age and followed the political trajectory one might expect, serving as ambassador to China under Nixon, director of the CIA under Ford, and then as Vice President under Reagan, before himself being elected president in 1988. He rose through the ranks during the Cold War with the USSR, when U.S. foreign policy was driven largely by a desire to co-opt or overthrow any regime thought to be “going communist.” Political figures like Bush were known as “Cold Warriors,” people intent on winning the ideological and geopolitical war with the Soviet Union — at almost any cost. Thus Bush, Reagan and most of the political establishment supported right-wing dictatorships and coups around the world, from Asia to Africa, the Near East and Latin America.

The most notable of these interventions during Bush’s presidency was the invasion of Panama in 1989 to depose and imprison Panama’s leader, Manuel Noriega, who had previously been a close collaborator with the United States. The US supported Noriega for years as he got rich through corruption and drug trafficking. When Noriega fell out of favor with George Bush, the US quickly turned on him and organized the ironically named “Operation Just Cause.” Bush unleashed 27,000 US soldiers on Panama. It is estimated that thousands of Panamanians were killed.

Noriega, who was a CIA informant when Bush served as head of the agency, was sentenced to 40 years in an American prison for drug-trafficking, even though the US turned a blind eye to these dealings when the money of the Colombian narco and arms trafficking was an essential piece of financing for the Nicaraguan counterrevolution.

Bush was largely responsible for the first Gulf War of 1990-91. Encouraged by the ease of the Panama invasion a few years earlier, and using Iraq’s invasion of Kuwait as justification, Bush led the military coalition that invaded Iraq in 1991. Bush fabricated evidence in order to justify the war and buried Americans a barrage of propaganda against Iraq. The claim that Iraq was amassing troops at the border with Saudi Arabia was a straight up lie.

Importantly, Kuwait was an oil kingdom with favorable relations with the U.S. In this sense, despite attempting to paint the war with Kuwait as a human rights issue, former Assistant Secretary of Defense Lawrence Korb said, “If Kuwait grew carrots, we wouldn’t give a damn.” This unjust imperialist war not only killed massive numbers of Iraqis and devastated Iraq’s infrastructure, it also led to economic sanctions (under Clinton) that killed hundreds of thousands of civilians. Some suggest that 100,000 Iraqis were killed and 300,000 wounded.

In his short 4 year term, Bush committed war crimes, such as dropping bombs on civilians and destroying the infrastructure of Iraq, including water treatment and food production facilities.

The Bush legacy of mass murder continued when George W. Bush took office and launched a new war in Iraq in 2003. Between Bush Sr. and Bush Jr., foreign policy toward Iraq caused the suffering or death of millions.

Sweatshop Labor and a ‘Death Sentence’ for Indigenous People

U.S. imperialism is not only manifested at the point of a gun. It is also in economic policies that the U.S. uses to exert its domination over other countries. This is exceedingly clear in the relationship between the U.S. and Mexico. A new era in the imperialist relationship between the two countries was marked by the signing of the North American Free Trade Agreement in 1994: goods could flow freely between the U.S., Mexico. and Canada. People however, cannot..

The Zapatistas called NAFTA “a death sentence” for indigenous people and the EZLN rebellion began with the signing of NAFTA. The effects of the agreement were indeed devastating. With the U.S. subsidizing corn production and flooding the Mexican market, corn-producing farmers in Mexico were ruined. Many of these indigenous people, unable to compete with untaxed U.S. products were thrust into the low-wage labor market, creating a new Mexican proletariat and even more Mexicans searching for a better life in the United States.

As a result of NAFTA, the process of de-industrializing the U.S. deepened, with the “maquila” (sweatshop) corridor being created along the U.S.-Mexico border. There, Mexicans and Central American migrants work in hyper-exploitative conditions: low wages, long hours, and unsafe conditions in order to produce goods that come into the U.S. untaxed.

The Most Racist Campaign Before Trump?

Thanks to the 1988 H.W. Bush campaign, there is now such a thing as the “Willie Horton tactic.” Named after a Bush-sponsored ad when he was running against Michael Dukakis, the ad features a black man, Willie Horton, who escaped a temporary furlough in Massachusetts and was arrested for assaulting a white woman in her home and stealing. Furlough policies allowed prisoners to leave for short periods of time to be with family, attend church etc. Dukakis had vetoed a bill that would ban people convicted of first degree murder of getting furlough, which was common practice in prisons. The ad was a clear “tough on crime” tactic meant to create and capitalize on the fear of Black people. Some people need the death penalty, the ad argued. It was clear to all observers that “dangerous Black men” would be the targets. The ad paid off, with Bush winning the election.

Since the 80’s, the prison population has skyrocketed, thanks in part to George H.W. Bush’s policies. Furloughs have all but been eliminated. After all, who would want to be associated with continuing such a stigmatized policy?

The Willie Horton ad has been compared extensively to Trump’s most recent attack ad about the migrant caravan. In this sense, we must see H. W. Bush’s campaign as a predecessor to that of Trump and as having paved the way for the hatred and racism expressed by the current president.

“Instead of a war on poverty, they got a war on drugs so the police can bother me.”

In Bush’s first national TV address, he called drugs “the greatest domestic threat facing our nation today,” and promised to escalate the war on drugs. He approved the 1033 program that gave local and state police military equipment for anti-drug operations. As a “tough on crime” president with the racist Willie Horton ad to live up to, the Bush years were characterized by hyper-policing of Black communities, massive arrests of Black people, and a ballooning prison population, filled with non-violent offenders.

Drug arrests rose from 56,013 in 1985 to 94,490 in 1989, an increase of almost 69%. Furthermore, Bush passed legislation that forced states to revoke drivers licenses and other government benefits such as college loans for people convicted of using drugs.

George H. W. Bush was vice-president and later president during the AIDS crisis, and was responsible for standing by as thousands of people died. He did not say the word “AIDS” in public until 1985, contributing to the mystery, silence, and stigma of this mass killer of gay people. In 1987, he openly advocated for expansions on mandatory HIV testing.

Though he eventually signed anti-discrimination protections for those living with HIV, Bush also prevented people with AIDS from traveling to the United States and removed funding for AIDS drugs and research from his budget. According to AIDS activists, someone died of AIDS every 12 minutes of the Bush administration. 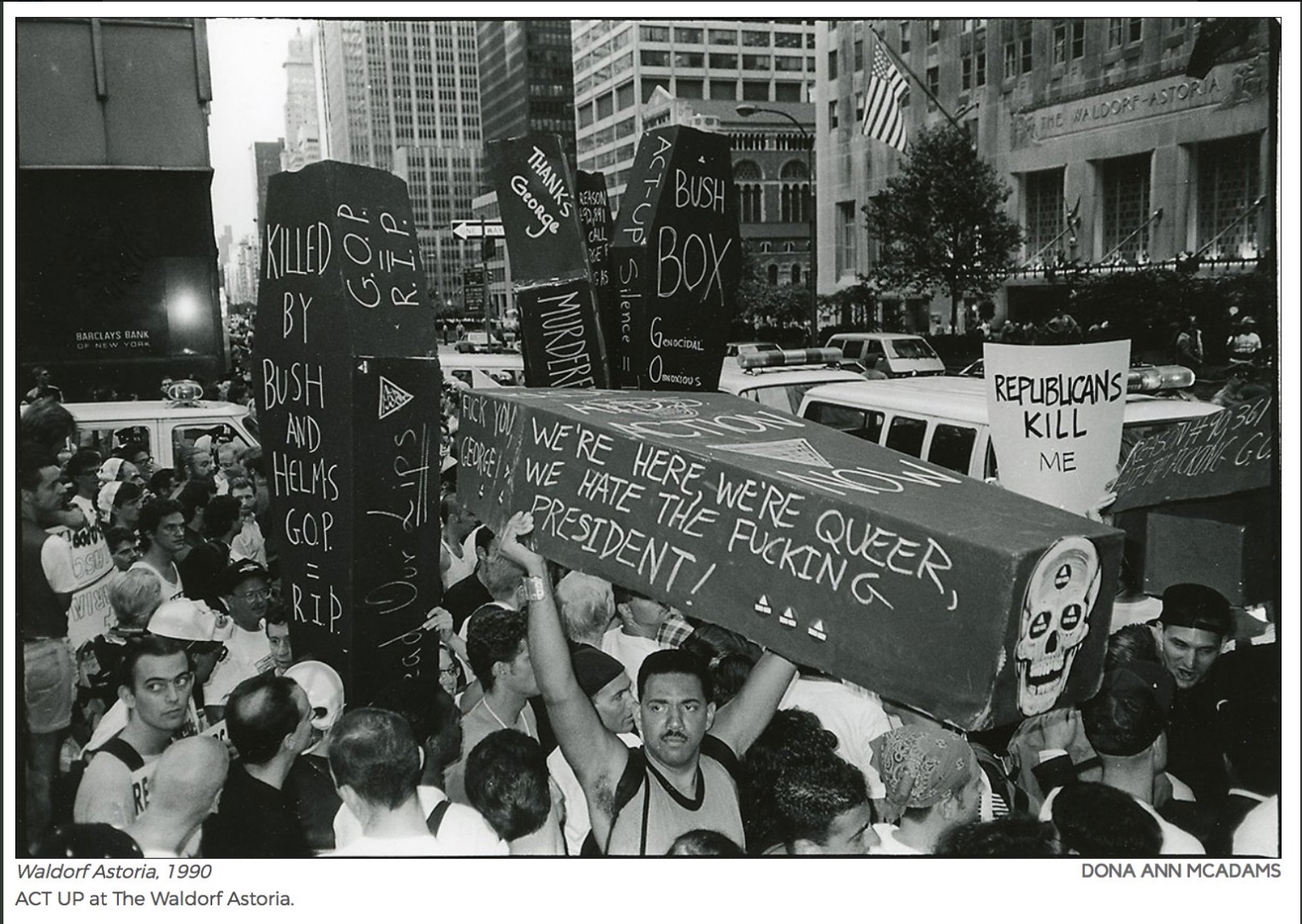 During H. W.’s presidency, Thurgood Marshall, known for his rulings on the rights of Black people, retired from the Supreme Court. Bush thought it wise to nominate another Black person: Clarence Thomas. A particularly right-wing judge, Thomas has consistently voted against civil rights, workers rights, and rights for the most oppressed. He currently is the backbone of the most conservative Supreme Court in recent history.

Furthermore, the nomination process for Thomas mirrors the recent Kavanaugh hearings. Thomas was accused by Anita Hill, a Black co-worker, of sexual harassment. Bush mounted a counter attack, and the Republican machine viciously attacked Hill’s credibility. Thomas was confirmed, a slap in the face to women and the movement against sexual assault.

Both Democrats and Republicans have taken to lauding George H.W. Bush (the above quotation is from former President Jimmy Carter). Despite efforts to paint Bush as a hero, a moderate and benevolent public figure, his legacy of racism, imperialism, homophobia and sexism lives on in the aftermath of the Gulf War, in the right-wing rulings of Clarence Thomas, in the generation of gay people who left us far too soon and in the racist campaign ads of today.

Although he had a more “presidential” facade, his politics and his policies laid the foundations for the right-wing presidency of Donald Trump. And so, there are no tears to be shed for George H.W. Bush, only rage at his policies in solidarity with his victims.

A previous version of this article incorrectly stated that Thurgood Marshall died during the Bush term. He retired from the Supreme Court in 1991 and died in 1993.