Oklahoma Teachers, We Must Stand Up Against Transphobia

Oklahoma teachers should stand up to transphobic hate in schools. 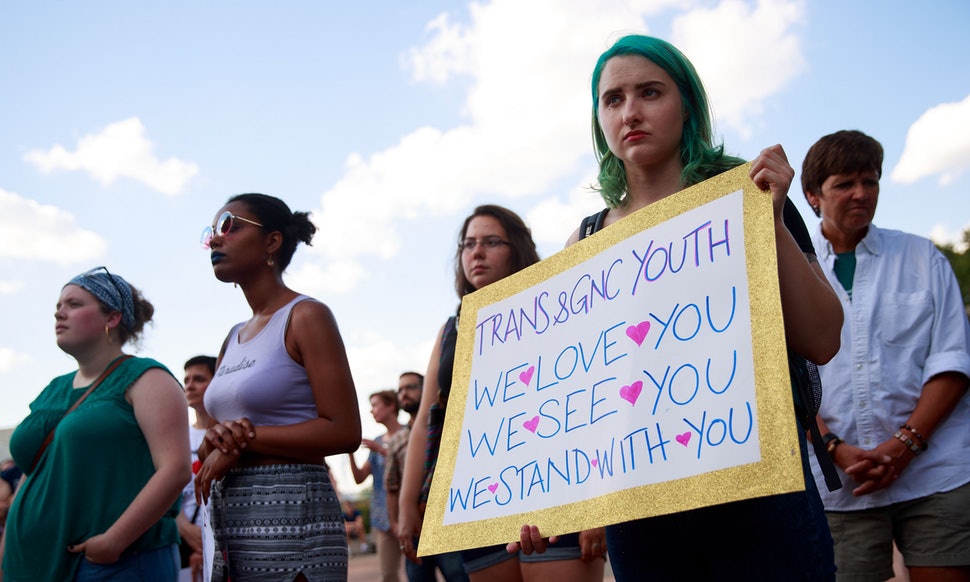 I am an Oklahoma teacher. This past year many of us went on strike for better pay and working conditions. The strike showed students, families and the whole community that teachers in Oklahoma are strong and that we will work together for what is right. We went on strike not only for our wages but also to improve our students’ learning conditions.

That’s why it’s important for Oklahoma teachers to speak up against transphobia.

On a private Facebook group for parents of Achilles’ students, parents called the student “it,” a “maggot” and other anti-trans slurs. One parent suggested that castrating Maddie would be an appropriate way to assure the child used the boys’ restroom. Another said, “If he wants to be a female make him a female. A good sharp knife will do the job really quick.”

The parents’ violent threats led the school district to cancel class, and the police are now investigating them as a hate crime. Maddie’s family is considering leaving the state because they are fearful in a town so unfriendly to transwomen.

An online supporter reached out to Maddie’s mom and offered to start a GoFundMe campaign for their family. The money raised from the campaign will help Maddie and her family move to Houston, where there is a larger LGBT community that can offer their support. The goal of $15,000 has been met and has exceeded $50,000. Maddie responded online saying, “My mom showed me all the messages you have sent to me and I love all of you for what you said to me! It has made my heart feel so good I want to cry. My mom is so happy that we can finally move and so am I.”

There was also a rally held by a few dozen students to express support for Maddie and to condemn transphobia.

As teachers, we must stand up and be a voice for those who are threatened for being who they are, especially the kids in our classrooms.

That is why I am calling on Oklahoma teachers to disavow the actions of these parents and stand up to protect trans students. When we went on strike, teachers spoke about how we were mobilizing for the rights of our students—they deserve a quality education, with textbooks and well-maintained school buildings. But they also deserve to be safe at school—all of them, regardless of their gender identity.

We need to protect trans students and other oppressed students in such a cruel and unwelcoming political climate. Students like Maddie shouldn’t feel like they have to move to receive the protections that all students are entitled to.