Socialism Is Not Something You Vote into the White House: An Interview with Mimi Soltysik

Left Voice presents the first in a series of interviews with socialist presidential candidates. This is an interview with Mimi Soltysik of the Socialist Party USA. 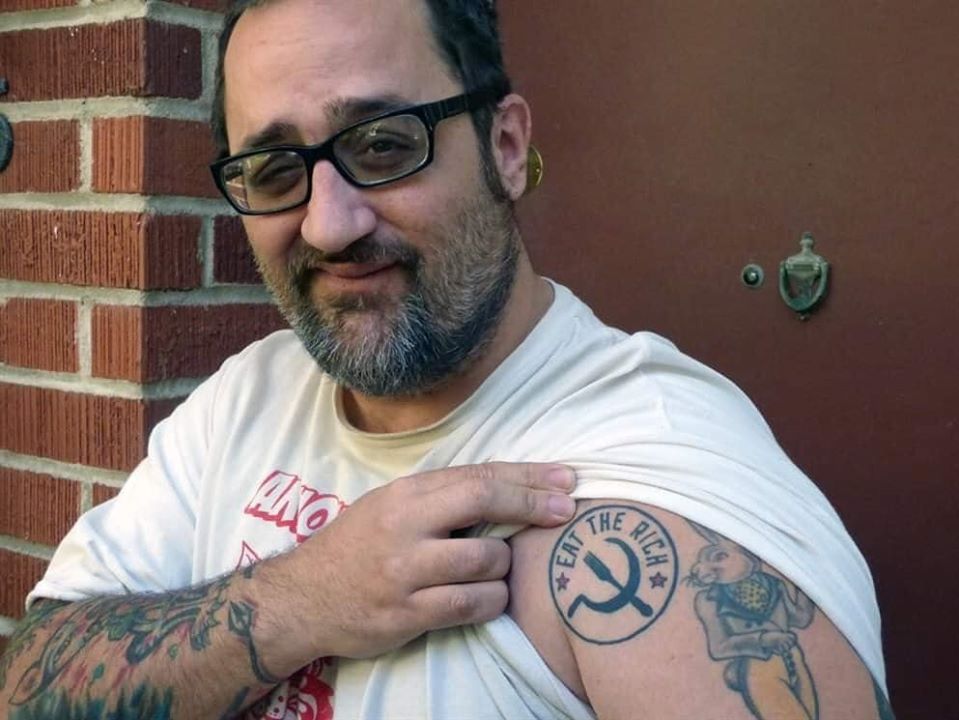 This election season, the vast majority of voters see only two options–Clinton or Trump. The mainstream media continually bombards us with the latest news about these candidates, but barely -if ever- talks about alternatives to the Republican and Democratic Parties. Self-identified socialist Bernie Sanders sparked enthusiasm for the elections, only to endorse Wall Street’s hardcore establishment pick Hillary Clinton.

To most Americans, little is known of the individuals campaigning as socialists. These presidential candidates share the belief that socialism is the only viable alternative–the only solution to our social and economic problems. They share a repudiation of a political system run by and for the wealthy, of capitalism in general and ruling-class domination through the Republican and Democratic parties.

In this series, Left Voice amplifies the voices of those (representing different political perspectives and coming from distinct parties and traditions) who have undertaken the task of running as socialists. In the coming weeks, we will interview several socialist candidates. We’ll hear from them about their everyday lives, politics, and visions for a socialist society.

Mimi Soltysik lives in Los Angeles and is a member of the Socialist Party. His running mate is Angela Nicole Walker.

How did you become a part of the socialist movement?

So much of my life was spent on self-gratification and I was thoroughly disconnected from any idea of community. I mean, I literally had little idea. By the time I reached my early-thirties, I hit a sort of rock bottom. My health, both physical and mental, was in pretty terrible shape, and I felt like I had a choice to make. In a sense, it felt very much like an awakening. I started to learn again, which wasn’t necessarily the easiest thing for me. I often struggled to understand and to make connections. But I took small steps forward. And in doing so, I started to build relationships with folks in my direct community. I also started to see with newfound clarity the incredible suffering in my community. Bit-by-bit, I learned, as many others have, that there is an identifiable source of the suffering: capitalism. I also learned, again, as many others have, that there is a solution: socialism. So, I sought out spaces where someone like me might be able to contribute. I felt like I had an incredible amount of catching up to do, and I really took, and continue to take my participation very seriously.

Why did you decide to run in the 2016 presidential elections? What do you hope to most accomplish through your campaign?

As a radical organization in the U.S., we tend to get little mainstream media coverage on the day-to-day. That tends to change a bit during a general election. We also thought that there might be even more media opportunities with the inclusion of Bernie Sanders in the race. In anticipation of that likelihood, we approached all of this with a step-by-step strategy aimed at making a contribution to the swiftening of the revolutionary pace in the U.S.: 1. Use those media opportunities to deliver, with warmth and humanity, an unapologetically radical message. 2. Use social media and technology to complement traditional media. 3. As candidates, make sure we are accessible to those who might reach out with interest after seeing media/social media pieces. 4. Help, in any way possible, to connect those folks, wherever they might be throughout the country, with others already involved with movement work. 5. Acknowledging that many may be far-removed, geographically, from radical activity, use technology to develop face-to-face meeting/collaboration spaces. 6. Open up our campaign spaces in a way that allows others to tell their story, to share their ideas and experiences, helping to humanize movement work and potentially put skeptical/fearful folks new to radical politics at ease. 7. Set up a framework so that any momentum and infrastructure built throughout the campaign is maintained beyond election day. And that’s what we’ve been doing. To be honest, and I’m only speaking for myself, I didn’t know what the response might be. I understand that this might be a somewhat unconventional approach to a presidential campaign, while also acknowledging the possibility that folks might say “who gives a shit?” I am so thankful to say that the response thus far has far exceeded what I envisioned. It’s been an incredibly humbling experience.

What would you say is the biggest political difference between your campaign and that of the two mainstream capitalist parties? How does your electoral program and campaign differ from Bernie Sanders who claims to be a socialist?

The biggest political difference? Shit. We are explicitly anti-capitalist. We are explicitly socialist. The capitalist parties are a scourge. The capitalist parties are pro-destruction. Bernie Sanders advocated more of a social democratic position, seeking reforms within the capitalist system. As long as we live under capitalism, we’ll continue to see exploitation and oppression. We aren’t seeking reformed exploitation and oppression. At the core, we believe in worker ownership and control of the means of production. Bernie Sanders also has a history of support for war. I don’t see how that’s compatible with any sort of socialist program.

Why are independent candidates, including socialists, left out of the debates and the mainstream media?

How does your campaign relate to the working class, the labor movement and social movements? What existing social movements are especially important and of interest to you and your organization?

For starters, Angela and I are working-class people who spend our time in the communities we live in, working with the people. No bullshit there. That’s who we are and what we do. And while we belong to the Socialist Party USA, we aren’t exclusive in how we approach our work. Whether it be work with Black Lives Matter, the Stop LAPD Spying Coalition, ecosocialist projects, work with our Socialist Party comrades, on and on, that’s where we’ll be. We’re candidates in this race, but most importantly, we’re members of our communities. That’s where we’ve been doing the bulk of our work during the election, and that’s where we’ll be after the election. We’re here to fight oppression and exploitation. Period.

How would you build/encourage unity-in-action among socialist groups and working class organizations around common demands? What possibility do you see for common electoral activity on the left in the future?

We tend to approach folks by focusing on our common goals first as opposed to focusing on our differences first. We engage others in the struggle as friends, as family, and I think it makes a huge difference into how those working relationships develop. If we can share a laugh, a hug, a smile, a story, it becomes significantly easier to find ways to address sectarianism in a positive way.

There is a handful of socialists running independently from Republicans and Democrats. How would you convince the readers of Left Voice to vote for you?

If our ideas, our words, our actions resonate with your readers and they choose to vote for us as a result, that’s wonderful. But ultimately, I think involvement in revolutionary work at the local level is the key. If our campaign helps folks take a step forward, if it can help folks engage in movement work, we’re happy. We see it every day. And each time we see it, it feels like a victory.

Can you share some comments on the history and origins of your organization?

I don’t think socialism is something you vote into the White House. Socialism is democratic, a movement built by the people, and isn’t something that can be implemented from the top-down. Having said that, I think voting for a socialist candidate is an expression of hope for an idea realized. That’s a pretty powerful expression, I think.

I don’t really have much to say about Jill Stein.

US imperialism continues to kill abroad, whether under a Democratic or Republican President. What are your proposals for US foreign policy? What does it mean to be anti-imperialist in the U.S.?

We want to completely eviscerate the ability of the U.S. to act as an imperialist power. We would immediately reduce the U.S. military budget to fifty percent of its current total, with an ultimate goal of reducing the military budget to ten percent of its current total. Our tax dollars finance the slaughter of our sisters and brothers throughout the world. Totally unacceptable. The people have been hijacked by a terrorist state and it’s disgusting. NO MORE!