Socialism’s Future Can’t Be Its Failures

Bhaskar Sunkara’s recent New York Times piece is a dangerous misremembering of socialist history that tries to make socialism safe for liberals. To avoid repeating the failures of the 20th century, we have to take an honest look at our own defeats. 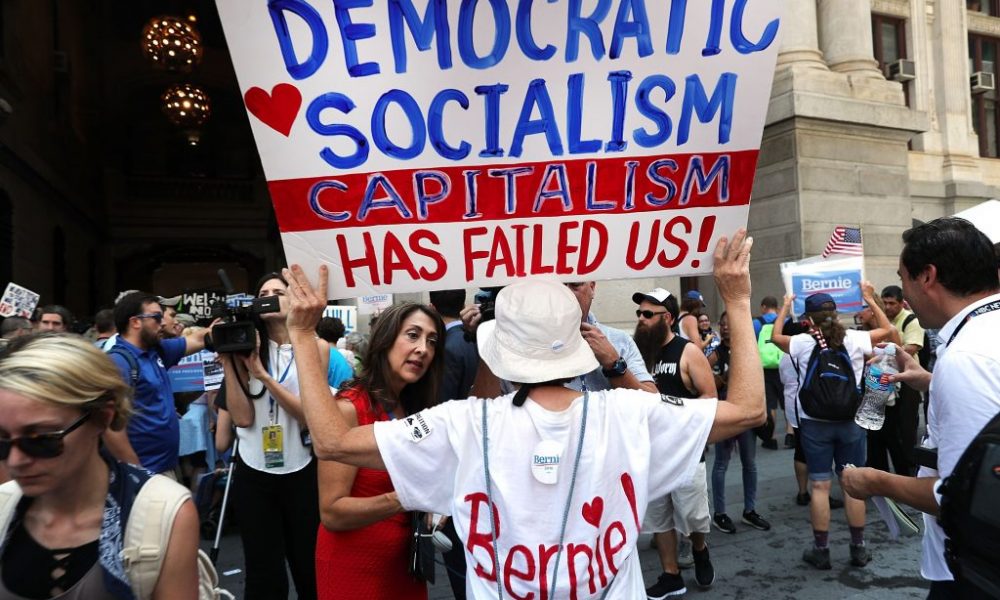 Like Left Voice? Be Left Voice. Send ideas and contributions to [email protected]

This is the time for both a reck­on­ing and an under­stand­ing, the time of the ten­sion through which, for the defeated,
The bad thing of fail­ure turns into the com­bat­ive excel­lence of know­ledge…
And so, are you going to give up? Are you going to abol­ish our huge efforts, and the his­tor­ical birth of our uni­ver­sal revenge,
In the reac­tion­ary ver­dict and bowed heads of the defeated?
No! I say, No!
The con­ten­ted and the fear­ful are no con­cern of ours. It is the ten­a­cious people’s memory that cre­ates the great hole in the world where the sem­a­phore of com­mun­ism has been planted cen­tury after cen­tury.
People of all times! People of all places! You are with us!
-Alain Badiou

Bhaskar Sunkara’s recent piece in the New York Times titled “Socialism’s Future May be its Past” is part of a growing effort to rehabilitate the ideas of socialism and communism as relevant and palatable ideas in the age of Resistance. Organizations and individuals across the country are working to wrest these ideas away from the nightmare of Stalinism, bureaucracy and death and towards the possibility of liberation they originally connoted. In doing so, they hope that Americans can be won over to the idea of socialism.

None of us should take issue with the project of rehabilitating socialism and making it once more into the worldwide rallying cry for liberation, the hope for a future beyond exploitation, oppression and alienation. The only way to do this is understand and acknowledge the failures of our past struggles, and continue on armed with those failures. Sunkara claims to do this in his piece, but instead misrepresents the causes of the failure of the Russian Revolution. Such misrepresentation not only hinders our ability to organize movements that are truly capable of challenging the supremacy of capital, but also encourages us to repeat the mistakes of our past and relive the nightmare of the 20th century.

Sunkara argues that to rehabilitate socialism, it must be “stripped down to its essence, and returned to its roots,” which is “an ideology of radical democracy.” He implies that the original sin of the Russian Revolution that doomed socialism to terror and irrelevance was its goal of “radically transforming the world in a single generation” rather than focusing on this essence of radical democracy. Sunkara shies away from actually arguing the Bolsheviks’ insistence on overthrowing an intolerable regime and ending the meaningless slaughter of World War I directly caused the regime of Stalinist terror, but writes that it “ended up seemingly affirming the Burkean notion that any attempt to upturn an unjust order would end up only creating another.” Sunkara offers nothing to argue against this notion.

This experiment in socialism came to a tragic and brutal end, but it was not for a lack of commitment to democracy. To read it as such is misleading and dangerous.

Sunkara’s version of history is a simple one. The Bolsheviks renounced democracy in favor of overthrowing the world overnight, and in so doing unleashed the demon Stalin into the world. This story is a simple and easy explanation for the failure of the Russian Revolution, and one that could be sold to liberals to win them over to socialism.

It is not true.

The history of the worldwide communist movement is a history of debates, assemblies, delegates, votes, bitter polemics, workplace and neighborhood committees. The early Russian Revolution in particular was a carnival of democracy. Workers’ assemblies sprang up across the country, different parties vied for power within the Soviets, workers and soldiers all elected delegates to represent their interests and petition the central government. Ethnic minorities created their own forms of governance and petitioned for independence, autonomy or recognition. Meetings lasted until the early hours of the morning. Factories were taken over and turned into worker-owned cooperatives, government services were coordinated with the aid of citizen planning, and the basics necessary to live a good life were guaranteed as social rights. The goal of the Bolshevik party in this revolutionary period was to sweep away the last remnants of undemocratic bureaucracy and place all power in the hands of this cauldron of political pluralism, dissent and diversity.

This experiment in socialism came to a tragic and brutal end, but it was not for a lack of commitment to democracy. To read it as such is misleading and dangerous.

The true story of the destruction of the Russian Revolution is much more heartbreaking than the one laid out by Sunkara, and has everything to do with the organization he champions as the way forward for the socialist movement: the Second International. Sunkara argues that the path forward for socialists should be to return to the politics of the early Second International, where parties fought for social democracy, “a transition to socialism that does not require a ‘year zero’ break with the present.” As he acknowledges, the Second International collapsed in 1916 as the member parties abandoned their commitment to the idea of internationalism so central to socialist liberation and supported their respective countries’ participation in slaughtering the workers of others. The leaders of the socialist movement in Russia had long understood that the only hope for the survival of their revolution would be a wave of revolution that would erupt across Europe and begin to sweep away the structures of capitalist power that would soon array themselves against the fledgling revolution. The great hope and expected catalyst of this continental movement was presumed to be Germany, home of Marx and the most advanced capitalist economy in the world. If a socialist Germany would rise, the rest of Europe could follow.

Instead, in 1919, when the long-awaited uprising among the German workers finally came, the mainstream Social Democratic party championed by Sunkara declined to lend their assistance. As a result, the uprising was crushed, and two shining lights of German Socialism, Rosa Luxemburg and Karl Liebknecht were killed. German history shows clearly the consequences of that defeat. We can only imagine how differently the past 100 years might have looked had the Social Democrats had decided to join with the revolutionary workers rather than give into their own fear. Before her death, Luxemburg articulated clearly how the new Russian Revolution could not survive without a German one and had been betrayed by the timidity of the Social Democrats:

Let the German Government Socialists cry that the rule of the Bolsheviks in Russia is a distorted expression of the dictatorship of the proletariat. If it was or is such, that is only because it is a product of the behavior of the German proletariat, in itself a distorted expression of the socialist class struggle. All of us are subject to the laws of history, and it is only internationally that the socialist order of society can be realized. The Bolsheviks have shown that they are capable of everything that a genuine revolutionary party can contribute within the limits of historical possibilities. They are not supposed to perform miracles. For a model and faultless proletarian revolution in an isolated land, exhausted by world war, strangled by imperialism, betrayed by the international proletariat, would be a miracle.

Without the tide of European revolution to buoy it, the new socialist government in Russia was attacked from all sides by the great capitalist powers. The liberatory promise of the Russian Revolution was not destroyed by a lack of democracy, an attempt to turn the world upside down, or even by Stalin. It was destroyed by the guns, bayonets and pogroms of the “White Army” funded and supported by every major capitalist power in the world. While the Bolshevik government survived, the revolution was smashed to bits, replaced by an empty bureaucracy ruling over the ruins of a working class.

The lesson of the failure of the Russian Revolution is not that it placed insufficient emphasis on democracy. It was doomed by the fear of social democratic parties to challenge capital and their abandonment of internationalism. Its lesson is one of unceasing commitment to the principles of revolutionary, liberatory, international socialism. I am under no impression that this means we must immediately organize a Sparticist uprising against the United States government in order to support the YPG. The work of building socialism in the United States and worldwide will be long, arduous, and unglamorous. Like Sunkara, I am a member of the Democratic Socialists of America and (possibly unlike Sunkara) I believe there is a dialectical relationship between building working class power within the current system and building the potential for socialist revolution. The lesson of the defeat of the Russian Revolution is that the cost of our timidity is far worse than the cost of our boldness. To pretend otherwise is to doom the prospects of liberation and invite the terror and death of the 20th century once more.

Evan McLaughlin is a labor organizer and DSA member based in San Francisco.