The Economic Chains That Bind Central America to the U.S. Imperialism

The mass exodus of people to the United States—including the most recent Migrant Caravan—is the most abominable consequence of years of imperialist oppression of Central America. The migration cannot be understood without taking into account the region’s geostrategic importance for imperialist domination of Latin America. 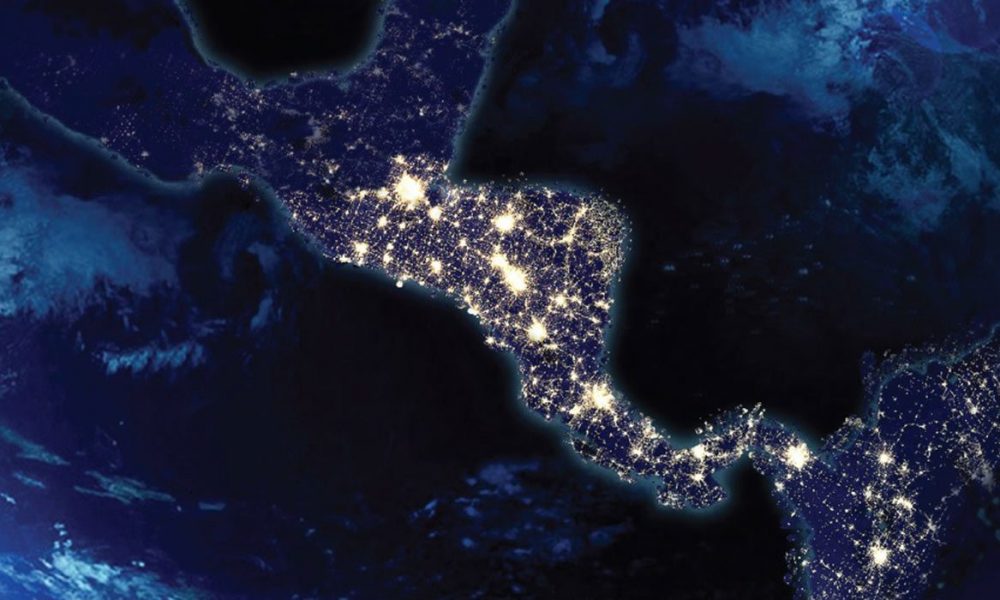 The economic and political subordination of Central America to the United States is long-standing, but never before in the history of imperialism has America’s regional dominance been so acute.

Historically, Central America has been a dependent region, as have most Latin American countries. Its dependency began under the dominion of the Spanish empire. Just a few decades after gaining “independence,” it became a subordinate region of the nascent US imperialism, already burgeoning early in the 20th century.

The revolutionary processes of the 1970s and 1980s in Nicaragua, El Salvador, and Guatemala reflected the deep popular discontent accumulated by their history of hyper-exploitation via colonial and imperial domination. But they were unable to end imperialist authority and the power of the native ruling classes. On the contrary, the defeat of these revolutionary processes helped consolidate imperialist policy in the region (hand in hand with “neoliberalism”) and that of the national bourgeoisies themselves.

The Geostrategics of the Central American Isthmus

Central America is an isthmus joining the continents of North and South America, extending from the southern border of Mexico to the northwest border of Colombia. It consists of Belize, Guatemala, Honduras, El Salvador, Nicaragua, Costa Rica and Panama. It is an area of 200,000 miles.

This geographic location is inextricably linked with its history. It connects the Atlantic and Pacific Oceans making it one of the main trade corridors of the American continent, through which goods and people flow constantly. Hence, since the birth of American imperialism, the Central American isthmus has been a strategic stronghold of U.S. economic, political and military control.

The Panama Canal officially opened on August 15, 1914. At a cost of more than $350 million, it was then the most expensive construction project in U.S. history. Altogether, some 3.4 million cubic meters of concrete went into building the locks, and nearly 240 million cubic yards of rock and dirt were excavated during the American construction phase. Of the 56,000 workers employed from 1904 to 1913, roughly 5,600 were reported killed. [1]

The Panama Canal, like the Suez Canal in Egypt, has been instrumental to the U.S. economy. By 1940, America’s national income was around 4 percent higher than it would have been without the Canal. For several decades, by keeping the Panama Canal in American hands, the United States ensured that transit rates would remain low for the benefit of it corporations. [2]

In 1999, the Canal was formally passed into Panamanian hands, but this did not mean that the United States stopped having strong control of it or stopped profiting from it. For examples, ships moving natural-gas and petroleum-product exports from the U.S. are the fastest-growing business for the Panama Canal. The annual revenue from tolls grew more than 20 times over the past two years and go directly into US coffers. [3]

Economic policies have also been deployed in the service of imperial control. The U.S. strategy in Central America has been to develop massive, ambitious transit and export infrastructures completely dependent on the investment and technology of American corporations that extract large amounts of capital from such investments.The Panama Canal’s expansion projects, the possible construction of the Nicaragua Canal and the construction of the ports of Colón, Kingston and Mariel are part of this ambitious imperial economic project that President Trump himself has supported.

In his meeting with Panamanian President Juan Carlos Varela in 2017, the newly elected Trump told the media that “the Panama Canal is working very well. I think we did a good job in building it, right?”

Another aspect of imperialist penetration in the region—one that became all the more acute during the years of the neoliberal offensive—was the promotion of large extraction projects for mineral products, hydrocarbons and shell gas, mostly in the hands of transnational companies. [4]

The Puebla Panama Plan, signed in 2001 and now called the Mesoamerica Project, is an emblematic case of this development model. It is based on the massive investment of foreign capital from the European Union and America to expeditiously exploit the natural resources of the region, bypassing elementary measures of environmental protection and creating enormous profits for the large transnationals. The main financial institutions that drive the project are the World Bank and the Inter-American Development Bank.

Large American, Canadian and European corporations such as IEnova, TransCanada, Fermaca, GDF Suez, Energy Transfer, Howard Energy Partners and others have benefited from the Mesoamerica Project, which is based on (a) the extraction of mineral resources and the dispossession of land from peasant and indigenous communities, (b) the extraction of hydrocarbons and natural gas using methods, such as fracking, that are harmful to the environment, (c) the exploitation of Central America’s energy resources in favor of the transnationals and (d) new free trade rules that allow an unlimited flow of capital and goods with almost no taxes on the multinationals.

The Mesoamerica Project has also entailed the systematic repression of communities and activists who resist this plundering by transnational corporations, as exemplified by the case of Honduran activist Berta Cáceres.
Cáceres was a Lenca indigenous woman and human rights defender. For the last 20 years, she was on the front lines defending the land and the rights of the Lenca. She was the general coordinator of Consejo Cívico de Organizaciones Indígenas Populares (Civic Council of Popular Indigenous Organizations—COPINH) that organized the fight against the dispossession of the indigenous communities at the hands of the big imperialist corporations. She was murdered by unidentified assailants in May 2016 because of her involvement in resisting large corporations in Honduras.

The Neoliberal Offensive in Central America

Before the Mesoamerica Project was created, Central America was violently integrated into the rules of neoliberal free trade In the mid-eighties. At the beginning of the neoliberal offensive, the native ruling classes of Central America precipitated this violent integration by reducing taxes for large foreign corporations, eliminating customs controls, allowing an increase in foreign investment and signing free trade agreements. The region has become one of the most dependent in the world, subject to the vagaries of foreign capital with a regional opening coefficient of 58%, higher than Latin America and the Caribbean’s combined 43%.

Although the free trade opening began a new phase with the structural adjustment programs (SAPs) in the 1980s, and with the elimination of taxes on investment capital, the offensive orchestrated by imperialism and the national bourgeoisie had a major advance with the approval of the FTAs during the 1990s, especially with the last one, the Dominican Republic–Central America Free Trade Act (CAFTA-DR), signed in 2004. Only Costa Rica avoided joining the agreement due to massive mobilizations against it. Four years later, they finally joined.

Before the economic crisis of 2008, Central American economies achieved relative stability by aggressively privatizing public companies and creating a cheap labor force dependent on foreign direct investment (FDI). Central America grew in the last two decades not because it has a sustainable domestic market or a strong diversified national industry, but because it drastically increased its dependence on imperialist capital. But what was a “strength” for the region’s ruling classes became their ruin with the global economic crisis. Crisis hit CAFTA-DR, which represented a niche of capitalist accumulation for the large American corporations and the native ruling classes.

This crisis deepened and acquired alarming dimensions in recent years, since today the economies of the region are more vulnerable than ever. Currently, more than 80% of all Central American exports go to the United States, and millions of workers depend on this export industry.

The Regional Economic Consequences of the CAFTA-DR Crisis

The CAFTA-DR crisis affected each Central American country differently. Some of them are especially dependent on FDI, but they are all dealing with inflation, or the depreciation of national currencies against the U.S. dollar, and large current account deficits. But the deepest wounds to the Central American economies are the following:

1. The ruin of the different export-oriented production sectors.
2.The economic dependence of the laboring, poor classes and whole remittance economies.

This does not mean that Costa Rica, Honduras, El Salvador, Nicaragua and Guatemala have not recovered somewhat from the 2008 crisis, being dragged by the growth of the U.S. economy since 2011. However, the structural causes have not been solved, and the economic consequences persist in the region.

The FDI paralysis that affected the region after the 2008 crisis continues to wreak havoc, as reflected in the hardships afflicting the export industrial sector, such as maquilas located especially in Honduras, El Salvador and Nicaragua.
The maquiladora industry in Central America is concentrated in the textile and clothing sector, metalworking, electronics and footwear. Although low wages are what make the maquiladora industry competitive, tens of thousands of jobs were lost in the maquila sector after the 2008 crisis, and they were never recovered, even with the economic growth since 2011.

On the other hand, Honduras and El Salvador, followed by Guatemala, capture the most remittances from immigrant workers in the United States. Remittances make up more than a quarter of Honduran GDP and more than a fifth of Salvadoran GDP. In 2015 remittances to Central America reached $12.4 billion, according to the IDB. [5]

With Donald Trump’s election and the increasingly aggressive immigration policies of the empire, the influx of remittances to Central America has fallen drastically. The decline has led poor and working Central American families to consume less and industry to produce less, as thousands of families fall into poverty.

The material basis of the semicolonial relationship between Central America and the United States consists of the region’s geostrategic importance and its subordinated integration into the neoliberal order. Today’s migration crisis is one of the stark expressions of this relationship. This is the material basis for the migrant crisis: the reason that thousands of people leave Central America each year to make their way to the United States. It is the reason that the migrant caravan has banded together to make this trek visible, and to make visible the plight of Central Americans.

But the economic factors are just one of the reasons behind the historic exodus that we are witnessing. In forthcoming articles, we will explain other aspects of the U.S. imperial framework, in particular the so-called War on Drugs and the growing social decomposition in Central America that has resulted from it.