The Green Party: A Washed-Out Strategy of the Left

Several leftist parties placed their bets on the Greens. Despite favorable conditions for the growth of the Greens, they failed to become the dynamic third party that so many leftists believed they would. 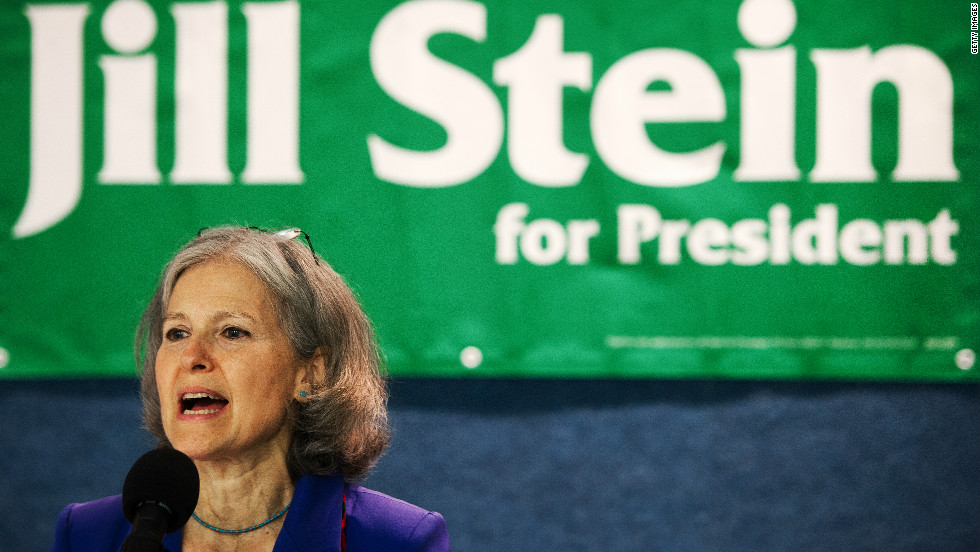 In all the hoopla over this recent election, it can be forgiven, and expected, that the liberals would fail to correctly evaluate their electoral activity. It is not in their nature to assess where they might have gone wrong, and how they might learn lessons for the future. After all, they have spent the better part of the last few weeks blaming everyone else for their failings and particularly condemning workers for either not voting or for voting for the sworn enemy, just as they had after Brexit, and just as they will continue to do so after every black eye for neoliberalism.

But, it should not be forgiven, though it is expected, that Marxists would fail to appraise their work on the electoral field. This is a mistake made worse when that activity momentarily sacrifices the project of building independent working class politics and organization in favor of building up a bourgeois party. In the most recent case, many organizations on the left called for a third party vote to the fourth party of capital, the Green Party, and got nothing for it.

As readers of Leftvoice know from “A Green Revolution?”, the Green Party is not a socialist party and not a workers’ party. It is a multi-classed formation of predominantly eco-capitalist politics and left-liberalism that does not advance class struggle in their myriad of electoral strategies that runs the gamut from sometime opposition to the Democratic Party to playing it safe in swing states. And until recently, it made no claims as a socialist organization or exhibited any indications that it was moving in that direction, no matter how many socialist groups wished that it were and supported the dream.

But in August, with the passing of Proposal 835 at their National Convention, the Party has declared itself eco-socialist. This adopted amendment calls for a decentralized economy of small enterprises as a third way between capitalism and ‘state socialism.’ This is a plank that can be achieved through the proliferation of workers’ cooperatives, or through the seizing of State power, but given the rest of the platform so well described in “A Green Revolution”, I imagine that a program of gradual reforms are preferred to revolutionary struggle.

One such reform is the present enthusiasm for “clarity” under bourgeois democracy and “reforms to create an election system that we can believe in” evinced by Jill Stein’s recount crusade. Sections of the Green Party have thus found a way to extend the seemingly endless campaign drama by at least another month with a recount and the avowed goal of demonstrating the undemocratic nature of this country. In this way, the Greens have sown illusions that there can be electoral-political and legal fixes to a system deliberately rigged against working people, if only enough people donate to the effort and the judges break to our side. But there is “clarity” that the two parties of capital rule in the interests of capital, and that an election system we can believe in is impossible in a dictatorship of the rich. When elections are to be contested, they should by a mass party rooted in the unions and in the working class generally, which we simply do not have yet and that will not be made by the gradual accretion of the Green Party. That hypothetical Party ought not to believe in the power of the ballot to transform society, but understand it purely as tool to measure our forces and build experience and confidence amongst the class.

It is never too early to stand on Marxist principles, especially when struggle over the Constitution and the political sphere of liberal democracy is not catching nearly as much revolutionary energy as movements over material interests and survival, as with the encampments of NoDAPL, or the rebellions of Black Lives Matter. Perhaps among the advanced movements in this country, there is no need to constantly reiterate the undemocratic nature of our country when it can be appreciated with such clarity in a cop’s baton or militarized water cannon. And if we play a bourgeois game in the elections, especially by way of do-overs, we miss opportunities to build a working class politics in the things that are moving.

Of course, in the end it is not for the GPUS’ program, direction, or current activity that the Reds support the Greens; that is all secondary to a roundabout party-building strategy. The Green Party is supported because it is not either of the two-parties and is believed to be a tool to break the two-party system. And even if I am completely wrong and overly critical, and the Green Party could become a vehicle of socialist politics and so warrants the time and effort of so many revolutionaries, as a tool against the duopoly, it appears rather blunt. In this latest election, they achieved a percent of the vote in their second-best presidential race during an election season with record-breaking unpopular candidates. In their best race, they won nearly three percent of the vote. This was in 2000 with candidate Nader at the height of the Global Justice movement.

In the end, they are not much closer to becoming a major party than when they started out, and are only marginally ahead of where we might be if our effort was put into building an actual socialist party that stands on independent working class politics. So, why should we strive to be a fringe of a fringe? Because of a certain cynicism amongst the left that our politics cannot be popular unless through tactical alliances and bait-and-switches we guide the wayfaring discontent ever slowly towards the Left by backing sheepdogging Sanders, then Stein, and ostensibly a revolutionary communist party sometime down the line and in a few decades. Paradoxically, this strategy of following the ‘leftwing of the possible’ in a period of rightward drift, requires an idealism that a vote for the Green Party today will not become a vote for the Democrats tomorrow – and it’s likely that many previous Green voters will be conned back into voting Democrat after four years of Trump – and that the symbolic action of marking a ballot breaks people out of the duopoly. Let us be honest, and remember from Marx, that “communists disdain to conceal their views and aims” and organize on the basis of principle and winning workers over to our politics through struggle.

Parts of the Marxist Left, feeling the need to have a horse in the bourgeois race, threw their support behind the Green Party as a protest against the dreadful choices of the major parties. Some organizations were more active than others in the campaign, some less so, and ultimately not too much effort was wasted in this detour. More was discussed around the first two parties of capital, and the discussions around Trump are far more vital. However, serious Left organizations should assess backwards nearly as much as they plan for the future and that will become only more important if the Left grows. In the search for the silver bullet that will solve the current crises, missteps are more likely to occur and are more dangerous. There were a number of socialist candidates running, and three of them were interviewed by Leftvoice: Mimi Soltysik, Jeff Mackler, and Gloria La Riva. If abstention from bourgeois politics seemed too radical, at least support for a socialist would have been a small step forward. In the end, only the slow slog of organizing in the workplaces and communities will develop a base for building a Party, and that base will be empowered by the analysis that comes from shop-floor and street-won militancy, and it is there where the revolutionaries must work.