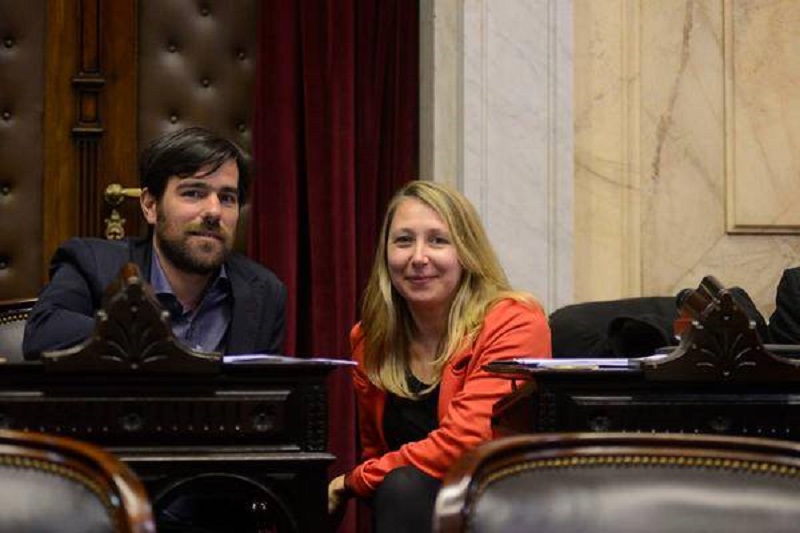 This is a translation of an article originally published in La Izquierda Diario on October 17, 2015 .

Jokes abound in Argentina’s social networks, illustrating the political scene a week before the elections.

“You know why people call Mauricio Macri ‘two dozen’? Because he can’t reach 25 [percent].” Opposition supporters spoil the fun, responding, “Well, people call Scioli low-grade fever; he reaches 39 easily but can’t quite hit 40” (referring to the percentage needed to avoid a runoff). Massa gets it the worst; they call him “Seventeen again” (referring Violeta Parra’s song, “Volver a los 17”), as he will likely repeat the 17 percent he got in the PASO (primary elections).

In the final stretch before the October 25 elections, the incumbent party has successfully broken up the votes of the traditional opposition between Macri and Massa. However, at the same time, the “official” party has been unable to accumulate the necessary 40 percent (or a 10 percent lead) to avoid a runoff.

In the beginning, the Frente para la Victoria (Kirchnerist) aimed at Macri (Cambiemos) to cause a polarization that would strengthen Kirchnerist candidate Daniel Scioli, as he faced criticism from many among the “progressive” wings of the Kirchnerist electoral. In the final stages, the ruling party is aiming at Sergio Massa of the Frente Renovador.

Resigned from its dream of reaching 45 percent and avoiding a runoff, the official party will try to split up the opposition votes, so that none can approach the Kirchnerist favorite, Scioli.

The impasse of the three traditional political forces fighting for the presidency shows their inability to seduce or inspire enthusiasm in the majority of the population. Divisions and debates among traditional candidates are confined within an austerity framework ranging from gradual or rushed policies, failing to spark passion among the multitudes.

Almost all the presidential candidates, including Margarita Stolbizer of the Progresistas, “sat in on the exam” of corporate heads at the IDEA Conference (a national business meeting). The only exception was Nicolas del Caño from the Left and Workers’ Front.

The current situation reveals the evident exhaustion of the political “modelo” (what Kirchnerists refer to as their three uninterrupted terms in the executive office) without catastrophic characteristics. This has given way to a particular landscape, which has opened possibilities for the development of a working-class Left expressed in the Left and Workers’ Front (FIT).

This particular evolution presents conservative features, no political radicalization, and only glimpses of class struggle. Within this landscape, it is useful to remember Lenin’s thought: without a revolutionary movement, there can no be no revolutionary party.

At the same time, the absence of a broader context of economic collapse prevents the emergence of illusions and pragmatic demands for “national salvation.” The social and political dynamics set up the strengthening and consolidation, in a gradual but persistent way, of an unprecedented political and social force of the working-class Left. This political force brings about the possibility of reaching a historic vote in the presidential elections.

Two other elements have come into play: the crisis, which affects all political expressions of the center-left (progressives); and a context in which coalitions are being steered by right-wing party leadership. Such is the case with the Kirchnerist “progressive” wing that gave ground to Daniel Scioli and the traditional Peronist party, as with the traditional Union Civica Radical, which handed Cambiemos coalition leadership over to Mauricio Macri. Margarita Stolbizer is no exception: she is one the most conservative leaders that the center-left has ever presented.

This “right-wing consensus” plays an ideological role in the agenda. We can see this in matters like safety, the re-legitimation of the Catholic Church via Pope Francis, or the Army, and the return of neoliberal leadership (popularly known in Argentina as the “Horror Train”).

The Left in the Last Decades

A brief summary of the electoral results of the Left in presidential elections during the last few decades will allow for an understanding of the importance of this Sunday’s election.

It is important to note that this is a relatively arbitrary selection (it is possible to include other political forces as part of the “left spectrum”). But we offer a “broad” point view including groups like the Argentinean Communist Party, which allied and virtually merged with Kirchnerism (the ACP prepares today to support Scioli), or the MST (Socialist Movement of Workers), which ended up diluted in various center-left alliances. In the 2011 general elections, the FIT slate led by Jorge Altamira and Christian Castillo reached 503,370 votes, representing 2.30 percent of the vote.

Previously, in the legislative elections of 2001, as a political symptom of the coming crisis, votes for the Left and blank votes reached high figures in several districts (especially in the city and province of Buenos Aires). It is worth noting the “autonomist” experience that emerged in 2003 (led by Luis Zamora, a political phenomenon questioning traditional representation) and reached high electoral results in Buenos Aires city. But today, barely a trace of this phenomenon remains.

In legislative elections of 2013, the Left and Workers’ Front (FIT) reached one million and two hundred thousand votes, close to 5 percent of the vote. As a result, the FIT won three seats in the National Congress, along with provincial legislator and council members in several cities. In some local districts, the FIT reached historic results, as seen in Salta (North) and Mendoza (West). In Mendoza, Nicolas del Caño obtained an impressive 17 percent in the Mendoza City elections. In other provincial capital cities (Cordoba, Jujuy, Neuquen), the FIT won between 9 and 12 percent of the vote in different elections.

In the most recent primary elections in August, the FIT got 732,852 votes–3.25 percent—with the PTS slate led by Nicolás del Caño and Myriam Bregman winning over the PO/IS slate, led by Jorge Altamira and Juan Carlos Giordano.

This long “electoral road” deserves a deeper explanation related to the dynamics of class struggle in Argentina (including the end and defeat of the military dictatorship, the Menem years, the crisis of 2001, etc.), the international framework, as well as the errors and achievements of the Left. Our goal here is to show the recent electoral results to underline the significance of the current possibilities, compared with the last period.

The Challenge and the History

Nicolás del Caño leads the FIT slate in the October 25 elections. Today, the FIT gathers the vote of the left, unifying political forces identified as far-left, that is to say, Trotskyism.

A vote similar to 2013 would position the FIT at the front of the highest presidential electoral result for the Left in the last forty years.

It is necessary to analyze other elements beyond the electoral math. The FIT faces the possibility of widening its parliamentary representation at the National Congress. It gets closer to the chance of winning at least two more seats or a maximum of five, to create a seven or eight-seat parliamentary block. Also, there is a great chance of extending the FIT’s representation in local congresses (ie., Jujuy) and adding more seats to those already held by the FIT (ie., Buenos Aires, CABA, Córdoba, Mendoza, Neuquén, Salta).

The next government will find it more difficult to introduce a “gradual” austerity plan. None of the advisors for the three major corporate candidates deny the eventuality of devaluation. Some have tried to articulate a differentiated plan by setting limits to the devaluation, but all support the further acquisition of debt. The economy’s structure leads to tense contradictions, all of which give way to austerity measures (all the business candidates acknowledge they will apply an austerity agenda, which has already begun), and greater confrontation of classes.

The stakes are high for October 25. Not only is the Left faced with the most important presidential election in the last decades, but also with the possibility (and need) to strengthen and consolidate the political and social forces to fight against austerity and impose a working-class response; a double historical challenge.