The New School planned to replace unionized cafeteria workers with student workers. On May Day, students occupied the cafeteria. 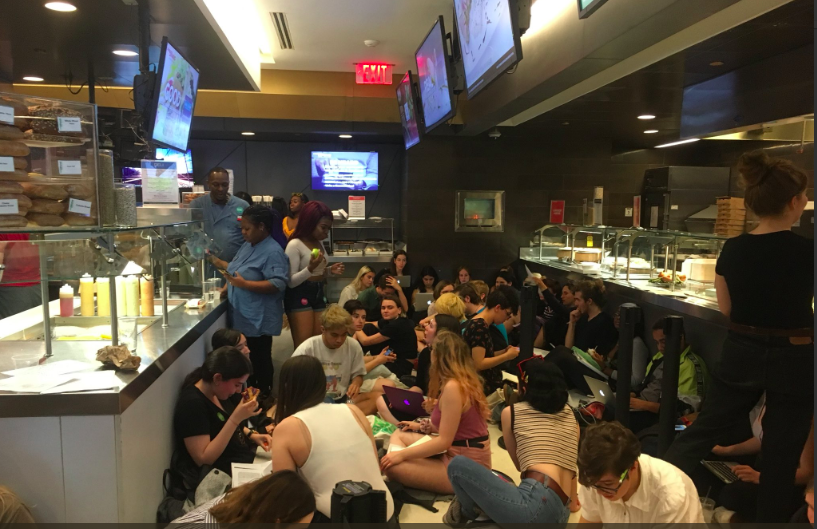 Under the slogan “All of us or none,” undergraduate and graduate students plan to occupy the cafeteria until every single cafeteria worker is guaranteed their job. Many are moving sleeping bags into the cafeteria.

In addition to fighting to defend the jobs of the workers, the occupation calls for higher wages, tuition vouchers, worker- student control of the cafeteria, as well as the resignation of Steve Stabile, who is responsible for the layoffs.

This comes on the heels of teacher strikes in West Virginia, Oklahoma, and now Arizona. Additionally, in New York City, graduate student workers at Columbia University just ended a strike, while The New School plans to go on strike next week. Likewise, the CUNY Graduate Center voted to strike if adjuncts do not receive 7k per course.