Trump’s Tax Plan is an Act of Class War

Trump’s tax plan is an unbridled attack on the working class. 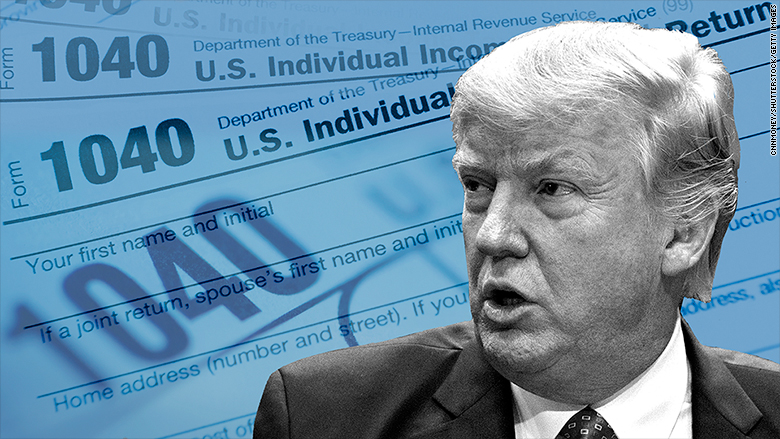 The Republican Party is busy trying to spin the new Trump tax plan as a way of simplifying and cutting taxes for the middle and working class. They are desperate to have some kind of legislative victory, and this would be the perfect way to breathe air into a Republican party mired in its own inner tensions. Trump said it wouldn’t help the rich “at all.” Paul Ryan says this will help those workers living paycheck to paycheck who “just keep getting squeezed.”

But make no mistake. This tax plan is an act of class war.

This tax plan also means an immense transfer of wealth to the wealthiest Americans and the largest corporations.

Image from ‘Wealth Inequality in America’

Today, the richest 1% owns about 40% of the county’s wealth. The Trump tax plan not only maintains this dynamic, but allows the wealthiest to get even greater tax breaks. Although it is by no means a comprehensive analysis, here are a few of the major aspects of the tax plan:

— Perhaps the most infamous aspect of this tax bill is the major corporate tax break– from 35% to 20%. This will mean a $1 trillion net tax cut for businesses.

Republicans say that U.S. corporations pay the highest taxes in the world. This is untrue. First, due to tax loopholes, corporations actually only pay 21.2 percent in taxes. In fact, the Institute on Taxation and Economic Policy studied 258 Fortune 500 companies and found that 18 paid no taxes for eight years and 100 paid no taxes for at least one year.

The Republicans make the same age-old argument of trickle-down economics — businesses will create more jobs as a result of these tax breaks. This was not true in the age of Reagan, and it is not true in the age of Trump, either. This is made clear by the fact that the profits of the wealthy have increased in the past decades, and they have done so without this relating to an increase in jobs for the U.S. working class. In fact, most of the jobs created after the recession have been temporary and low-paying, despite mass profits by the capitalists.

— The Trump tax plan also provides major benefits to “pass through entities” which are essentially businesses who pay income taxes as an individual owner rather than at a corporate level. These include real estate partnerships and hedge funds. The Republicans propose to lower taxes for these sectors to 25%. The previous amount of taxes was 39.6%.

— Tax loopholes remain, including the carried interest loophole against which Trump himself spoke out. It is used by private equity and hedge fund managers to avoid claiming their income as wages — instead, their income is taxed as a much lower rate, classified as capital gains.

— As Lindsay Koshgarian argues in Truthout, two-thirds of the proposed tax cuts would go to the richest 1 percent of Americans. People who earn $615,800 a year would get an average tax cut of $90,610 each.. The amount of this tax cut is more than the income of over 70 percent of Americans, for whom the median income is about $56,000.

— The estate tax requires the ultra-wealthy to pay taxes on inherited property. Only the wealthiest 0.2 percent pay estate taxes. The Republican tax plan proposes to even further reduce the number of people paying the estate tax by raising the amount that requires a family to pay it. After six years, the estate tax would be done away with completely giving a $20 million benefit for 330 properties.

— The tax plan also gets rid of the Alternative Minimum Tax paid by wealthy families.

Trump himself stands to gain a considerable financial benefit from these breaks; he owns 500 pass through entities and has had to pay $30 million in taxes due to the alternative minimum tax. Its removal may save Trump up to a billion dollars.

Attacks on the Middle and Working Class

— The plan repeals the personal exemption which allows families to deduct $4,050 per person from their tax bill.

— It repeals tax breaks for medical expenses, student loan interest, and adoption. Currently, taxpayers, spouses, and dependents can deduct medical expenses that are higher than 10 percent of the taxpayer’s income. An estimated 57.1 percent of U.S. personal bankruptcies are due to medical bills, yet the Trump administration want to take away even the small tax breaks provided to those who are overburdened with medical bills.

— It repeals a 15 percent credit for people over 65 or people who are retired or on disability.

— Some working class people will actually see tax breaks, but they will be next to nothing. People who earn less than $23,700 can expect a tax cut of about $80 a year. Even Paul Ryan says that a typical family of four will only save $1,182 a year. That’s $591 per earner and $50 a month per earner in a two-earner household. Again, the average tax cut for the wealthy is $90,000.

— Republicans want to increase the child tax credit and expand who is eligible for it. While this sounds positive as a sound bite, it’s far less favorable examining the fine print. First of all, it’s nonrefundable, so families who don’t have enough income to be required to pay federal taxes — or 35 percent of taxpayers — will gain nothing from this. Furthermore, to access this this credit, the taxpayer will need a Social Security number, not just a taxpayer ID, which will disqualify many immigrants. Three million children will be ineligible under this policy.

— The Trump tax plan also provides a $300 tax credit for non-child dependents such as children over 17 or elderly people. It also provides this $300 to each parent in a “family flexibility credit,” but this miniscule perk vanishes after five years.

This tax plan will cost $1.5 trillion over a decade. $1.5 trillion over 10 years is equivalent to $150 billion a year, which would be enough to offer free college tuition in the U.S.. It’s more than the federal budget for education and double the amount spent on welfare.

If these tax cuts pass, it will mean that the Republican White House and Republican-controlled Congress will have a further excuse to call for and make the cuts that are already planned in Trump’s proposed budget — cuts to education, cuts to medicaid, and cuts to disability benefits among others.

It is a power — and money — grab for the wealthiest in the country, and working people will have to foot the bill.