What is Behind the Brazilian Crisis?

A federal court in Brazil sentenced former President Lula to 12 years in federal prison on January 24, on the grounds of soliciting bribes and attempting to rig this year’s presidential elections. How did this happen to one of the country’s most popular politicians? 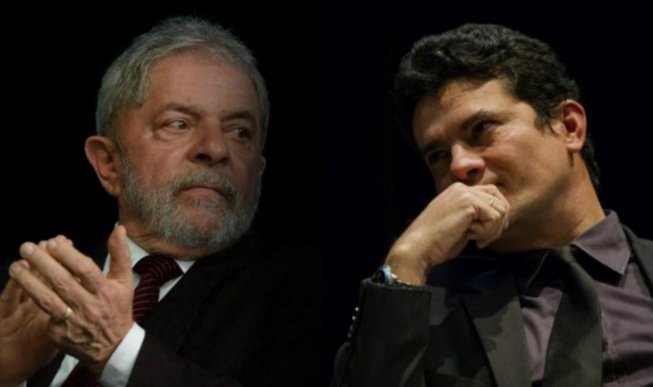 Brazil’s political situation in the past few years has been marked by controversy and scandal, including an institutional coup that ousted democratically-elected President Dilma Rousseff, countless austerity measures, privatizations, general strikes, and the imprisonment of several politicians over charges of corruption. The current President, Michel Temer, holds a 6 percent approval rating, while the most popular politician in the country is former president Luiz Inacio Lula da Silva, known as Lula, of the Workers’ Party (PT).

Lula had a fair chance of being reelected to the presidency, which could have been the last attempt to save a dying political regime. However, a federal court in Brazil sentenced him to 12 years in federal prison on January 24, on the grounds of soliciting bribes and attempting to rig this year’s presidential elections. The allegations of bribery concern a beachfront apartment supposedly gifted to Lula by the OAS, but the charges have not yet been backed up by any hard evidence. This decision by the courts blocks Brazilians’ democratic voting rights by seeking to remove the current frontrunner, Lula, from the ballot. How did this happen?

Brazil’s democratic regime — which replaced the military-civilian dictatorship of the Cold War era — and its political factions are in the midst of a serious crisis. Massive waves of demonstrations and riots in 2013 pointed to a historical moment of de-legitimized institutions and unrest understood as an organic crisis of the regime. The collapse of Brazil’s economic paradigm and widespread distrust among the electorate faced by leading political parties dealt a severe blow to formerly hegemonic political forces.

The coup agenda, which seeks to rearrange previous power dynamics by relegating the consequences of the economic crisis to the working class at the expense of the PT has enjoyed some success but has yet to quell the crisis by offering a viable alternative.

Over the past three years, a faction of the Brazilian judiciary has risen to political prominence by taking up a decisive role in orchestrating the institutional coup. The Judicial branch has been dubbed the “Judicial Party” by some, in reference to this group of judges and prosecutors which represents and advocates for its self interest as well as a political agenda favorable to the interests of a sector of the capitalist class. Trials are postponed, hastened, sentences issued and annulled according to this political agenda, not only with Lula and PT. Another major example of this political agenda setting the pace of legal proceedings was the trial of Eduardo Cunha, former president of the lower house of Congress, against whom there were mountains of hard evidence of corruption and blackmail. However, the Supreme Court postponed his judgement systematically so that he could carry out the impeachment proceedings against Dilma. After the impeachment was finalized, he was hastily tried and condemned.

Among the prominent members of the Judicial Party is judge Sergio Moro, trained by the U.S. Department of Justice, according to diplomatic cables revealed by Wikileaks. The Judicial Party’s political agenda, similar to the rest of the capitalist class, places the burden of Brazil’s economic crisis upon the shoulders of the working class and poor. Besides its political agenda the judiciary is responsible for controversial measures, all against workers, like the legal obligation of docking the salaries of workers who go on strike.

The economic crisis triggered by the sudden drop in the prices of commodities in 2014 destabilized Dilma’s post-neoliberal coalition government. After her re-election, the Dilma Administration and the PT , adopted a series of austerity policies intended to appease markets and secure investments.The pro-market shift by Dilma’s coalition, composed primarily of the PT and PMDB (Brazilian Democratic Movement) parties, proved insufficient for Brazil’s emboldened agro-business sector and its neoliberal allies in Washington. What followed was a campaign led by business elites to criminalize the PT, including a high-profile police investigation into political embezzlement involving the state oil company Petrobras. The campaign eventually led to Dilma’s impeachment in 2016 and, shortly thereafter, the swift application of an austerity package that has deteriorated the wages, conditions and rights of Brazilian workers over the past year.

The key figure that emerged in the process was a federal circuit court judge from the state of Parana, Sérgio Moro, who presided over the corruption cases officially named Lava-Jato (Car Wash). Interestingly, Sergio Moro took part in various training conferences for Brazilian judges organized by the U.S. Department of Justice under the guise of fighting corruption, money laundering, smuggling and terrorism, according to classified documents revealed by WikiLeaks in 2009. Leaks also revealed the direct involvement of American authorities in the Lava-Jato investigation.

Brazilian corporate media rallied to support the institutional coup and the ouster of Dilma Rousseff under the pretense of fighting corruption and ending the immunity enjoyed by political elites. In reality, it was an attempt to secure a path for the austerity measures and pro-market reforms that followed. Sergio Moro was exalted as an anti-corruption crusader and the judiciary’s growingly political ambitions were consolidated.

Countless politicians and business leaders were found to have been involved in corruption schemes, to no one’s surprise. Notably, almost the entire leadership of the current ruling party, PMDB, was accused of embezzlement. Most indictments led to dubious plea bargain testimonies designed to produce evidence against certain targets while absolving others. Some business leaders persons and politicians on both sides of the aisle were sentenced in the process, but the political consequences are most severe for the working class.

As a direct result of the institutional coup, the current administration headed by former vice president Michel Temer quickly arranged a new coalition including pro-business hardliners to enforce Brazil’s harshest anti-worker legislation yet. These include a 20-year spending cap on the already vastly underfunded education and healthcare systems, as well as major labor de-regulation, including debt bondage, the overriding of collective bargaining agreements, zero-hour contracts, and unsafe working conditions for at-risk employees like pregnant women, among other measures. The coup agenda also includes the privatization of public services and natural resources, which have strongly favored American and European investors and especially the pensions reform, increasing the minimal age to retire in nearly 12 years, making it above life expectacy in much of the poorer cities in the country.

The PT and its allies in Brazil’s labor bureaucracy, meanwhile, have repeatedly failed to resist the onslaught of attacks, opting instead to campaign for Lula’s reelection bid in 2018 while negotiating away workers rights.. Born of labor strikes in the 1980s, the PT has a strong presence in the working class, holding leadership positions in Brazil’s largest union, the CUT. However, these positions are meaningless in the face of Temer’s attacks, because the PT refuses to mobilize the working class. When the rank-and-file were prepared and willing to stage a nationwide general strike in 2017 against Temer’s labor deregulations, labor leaderships actively sought to undermine their efforts by boycotting strike actions and curtailing the growing wave of mobilizations against the coup and its agenda, as they posed a threat to the bureaucracy’s control over organized labor.

Whether in a veiled or more explicit way, the PT has always governed in the interest of the capitalists. In a shameful attempt to reassure the putschist capitalist class, Lula declared that he forgave those involved in the coup, despite the countless attacks they have carried out against the working class in the past year.

Despite this betrayal and a right-wing media campaign against the PT, Lula continues to lead in the polls. Although the PThad instituted countless austerity measures during the 15 years it was in government, many continue to believe that a third Lula term would be different. While it is unlikely that, in a hypothetical third term, Lula would repeal Temer’s latest reforms, his return to government would likely hinder the pace of austerity — especially proposed pension reforms — to the chagrin of the bourgeoisie. . The president of the PT’s president, Gleisi Hoffman had said that a Lula’s presidency would bring about a pension reform, though not as draconian as what was proposed by Temer. this one, but that they would pass a bill attacking workers’ rights. That wasn’t enough for the coup’s organizers actors, — they want an all-out attack.
Consequently, Brazil’s increasingly authoritarian judiciary has arbitrarily condemned Lula in an attempt to cancel his bid for president, obstructing the democratic process and perpetuating the institutional coup. As in the case of Dilma, Lula’s conviction is not about corruption; it is about opening the way for greater attacks against the working class.

What should the position of leftists be?

The PT is guilty of instituting anti-worker austerity measures while in government and filling the pockets of the capitalists. They are guilty of letting the attacks against the working class pass without a fight. A Lula presidency would likely mean milder versions of the right wing’s austerity program, caught between their working-class base and the capitalists whose interests they serve. Socialists cannot support the PT, or Lula, despite mounting pressure to do so.

However, refusing to support the PT does not mean supporting the “Judiciary Party” in their escalating authoritarianism. Socialists cannot defend the three unelected officials who deny the Brazilian people the right to vote for their president of choice. This campaign against Lula points to the degradation of Brazil’s bourgeois democracy, where judges and prosecutors who were never elected can overthrow presidents and define an election’s outcome.

Socialists must organize the working class to immediately unite against Temer’s reactionary reforms, the impending pension reform, and fight to defend the democratic rights of all Brazilians. The best way to do this would be to organize a general strike, called by the largest unions and organizing the masses of workers. This general strike should be for the right to vote for the President of their choosing, as well as against all of Temer’s austerity measures.

As Diana Assunção of the Revolutionary Workers Movement (MRT) stated, “We cannot trust that Sergio Moro, Lava-Jato or the judiciary as a whole are truly interested or capable of “fighting corruption and impunity.” Only a free and sovereign constituent assembly imposed by the organized working class, that institutes judges and juries elected and revocable by the people, without privileges, which annuls the reforms and privatizations of the coup government, could truly begin to fight corruption and effectively challenge the reactionary institutional coup and its attacks.”