Who are the Trotskyists of Babylon Berlin?

Someone must have been telling lies about Leon Trotsky, as the German TV series Babylon Berlin only features ahistorical pseudo-Trotskyists. 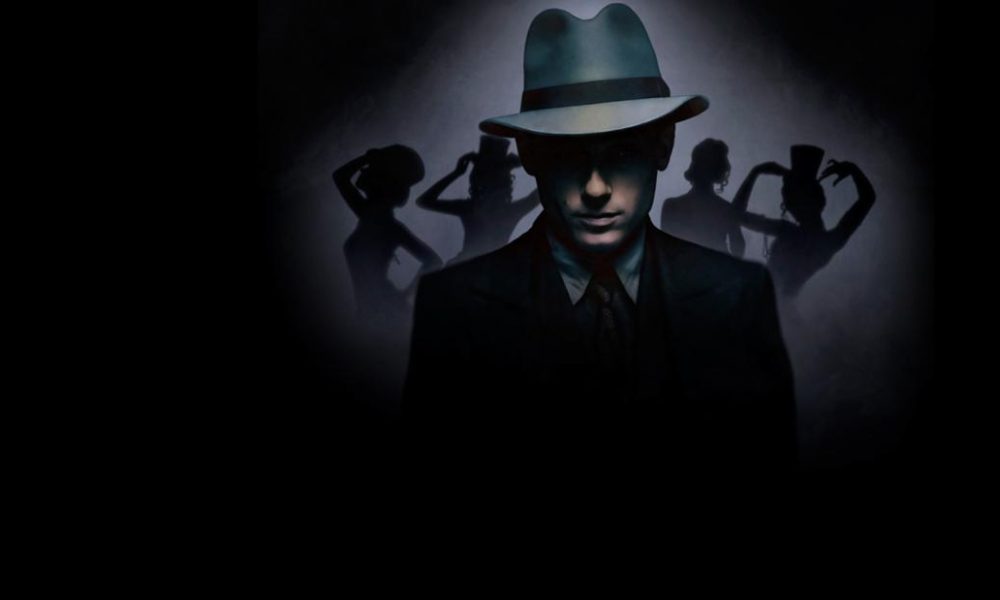 The German TV show Babylon Berlin strives for historical accuracy. On May 1, 1929, we see police driving in armored cars through the district of Neukölln, firing machine guns in all directions and killing innocent “reds”. That may seem surreal – but it is actually quite close to the reality of the Blutmai, the “Bloody May Day” massacre.

Directed by Tom Tykwer of Run Lola Run fame, Babylon Berlin is a co-production of the premium channel SKY and the German public broadcaster ARD. At a reported 38 million euros, it’s the most expensive German TV series ever made. It was released to SKY subscribers last October – watchers of public TV will still need to wait half a year to watch the series legally. Now it’s catching on in the US.

Based on Volker Kutscher’s detective novel Der naße Fisch (The Wet Fish), Babylon Berlin follows Gereon Rath (Volker Bruch), a police detective from Cologne with PTSD who is sent to the capital to investigate a mysterious film reel.

As he navigates through the endless conspiracies of Weimar Berlin, Rath meets an Armenian mafia boss running an exclusive dance hall, a director shooting silent pornographic films, a psychiatrist treating war invalids with hypnosis, a general of the Reichswehr (army) smuggling weapons, and plenty of Soviet spies and Communists. Future German chancellor Konrad Adenauer even seems to appear on an SM film.

Accompanying Rath is the impish Charlotte Ritter (Liv Lisa Fries). In the book, she’s an innocent law student from the suburbs who starts to work as an assistant for the police. The overcrowded show gives her a lot of additional roles: Now she lives with her destitute family in a Moabit tenement; but she also works nights as a high-class sex worker; and, she knows all the illegal dance clubs; and of course she solves crimes.

The “reds” in this show cut a surpassingly good form. A Communist doctor (Hördis Triebel), fighting for justice for the victims of the May Day massacre, is just about the only sympathetic figure in the whole series. The Communist Party in the early 1930s was a mass party, winning 37 percent of the vote in the capital in Germany’s last free elections before power was handed to Hitler. The Communists, when they link arms and wave their banners on May 1, are shown as working people fighting for a better world. With such high production values, they are a pleasure to watch.

My personal favorite scene comes when Rath is harassing a petty criminal at a subway station. This poor man, who suffers constantly due to an addiction to opiates, is able to jump into a train and direct himself to a uniformed group of communists. He just has to call out “He’s a pig!” and the comrades throw Rath out of the train immediately. What nice young men!

One group, however, is portrayed in a strange light: the gang of Trotskyists. Babylon Berlin’s story gets rolling when they hijack a train in the Soviet Union, murdering all the railway workers. Their plan: to smuggle gold from Russia to their exiled leader in Istanbul. Leon Trotsky, once the leader of the Petrograd Soviet and the Red Army, had been in Turkish exile on the island of Prinkipo since 1929.

In the first episode, we meet the leader of the Berlin Trotskyists. The Russian Alexei Kardakov (Ivan Shvedoff) is an avant-garde violinist whose face is emblazoned on the posters of exclusive dance halls. That is his day job: at night he becomes the fiery leader of the group “Red Fortress” which advocates the overthrow of the Stalin regime. The group prints leaflets in a cellar in the Köpenick neighborhood. In German and Russian these say: “Workers! May 1: Take the streets and fight for a Fourth International and the World Revolution! ‘Stalin is the gravedigger of the revolution.’ – Leon Trotsky”

A portrait of Stalin hangs on the cellar’s wall. Why? When the group is informed that the hijacked train has successfully crossed the border and will soon reach Berlin, the Trotskyists throw kitchen knives at the picture to celebrate.

Where should a historian even begin?

The Fourth International was only founded in September 1938 – more than eight years after the story here. The original novel describes the “Red Fortress” only as “communist dissenters – like Trotsky”. The producers of the series invented the direct connection to Trotsky themselves – and despite their 38 million euro budget, apparently didn’t think to check Wikipedia.

The Red Fortress is only shown falsifying documents and smuggling gold. The hapless Kardakov is shot again and again. The only political sentence that passes his lips is: “My country is doomed. I have to help prevent that.” That’s his justification for making a deal with the Armenian mafia boss to get gold to Trotsky.

This is a remarkable creed for a supposed Trotskyist. It was Stalin who stood for the theory of “socialism in one country”, putting the interests of the Soviet state above those of the world revolution. The Left Opposition under Trotsky, in contrast, believed that the only way to save the young council republic was by fighting for successful workers’ revolutions in other countries. So if Kardakov was really concerned about “his country”, he certainly would have been a Stalinist.

A potpourri of slanders

What does an average Joe or Jane know about Trotskyism? The Moscow Trials claimed they were traitors who wanted to overthrow the Soviet regime using sabotage and terrorism. Most Western historians claim that there were no fundamental political differences between Stalin and Trotsky – the discussions about inner-party democracy were just a veil for a power struggle between two individuals. Yet, somehow the myth endures that the Fourth International was made up of dreamy bohemian cliques. All these slanders have been combined in the plot of Babylon Berlin.

The actual history of Trotskyism is more dramatic. A real-life leader of the Berlin Trotskyists was Anton Grylewicz, a German metalworker who, at 33, was a member of the Revolutionary Stewards and helped organize the insurrectionary general strike of November 11, 1918 that toppled the Kaiser. Later, Grylewicz belonged to the “ultra left” district leadership of the Berlin KPD, and in March 1930 he founded the first Trotskyist group in Germany, the United Left Opposition of the KPD (Bolshevik-Leninists). Grylewicz is no exception: historian Marcel Bois has shown that the majority of the Left Opposition was made up of workers.

The real Trotskyists were involved in smuggling – but instead of gold, they smuggled newspapers and pamphlets. They smuggled the Bulletin of the Opposition into the Soviet Union, and after 1933, they smuggled the newspaper Unser Wort into Nazi Germany. There has never been any evidence to support the Stalinist slanders against them. They were an external faction of the Communist International who fought for it to return it to its original, revolutionary line.

We don’t learn much about the Trotskyists of Babylon Berlin. Every single one of them, except for Kardakov, is murdered by agents of the Soviet embassy before the first episode closes.

The irony? In the 1920s, Stalin’s bureaucracy sent opposition figures into the diplomatic service to keep them out of factional struggles in the USSR. That’s why the Soviet ambassador in Berlin, Nikolai Krestinski, was a former left oppositionist. Among his colleagues were the Trotskyist Sergei Bessonov and the Zinovievist Alexander Gerzberg – unlikely that these people organized a mass murder of Trotskyists in Berlin.

Of course, the Stalinists did carry out assassinations abroad – most famously killing Trotsky himself in Mexico in 1940. But these were elaborate secret service operations – no spy agency could just mow down dozens of people with machine guns in a foreign capital.

Babylon Berlin paints an absurd picture of Trotskyism. And in general the plot becomes so ridiculous that it’s hard to enjoy. But at the end of the day, there’s no such thing as bad publicity. Trotskyism lives on. In countries like Ireland and Argentina there are even Trotskyist members of parliament. For the next seasons of Babylon Berlin, I have a tip: a Trotskyist historian as a consultant would be very cheap. I even know somebody.