The year 2016 will be remembered as the year that identity politics, as it is commonly understood, began the long descent into irrelevancy. The first Black President that saw conditions grow worse for Black Americans and Clinton’s corporate identity politics saw electoral defeat. We must build a Marxist identity politics, which recognizes the special oppression that comes with race and the consequent importance of fighting racism head-on. 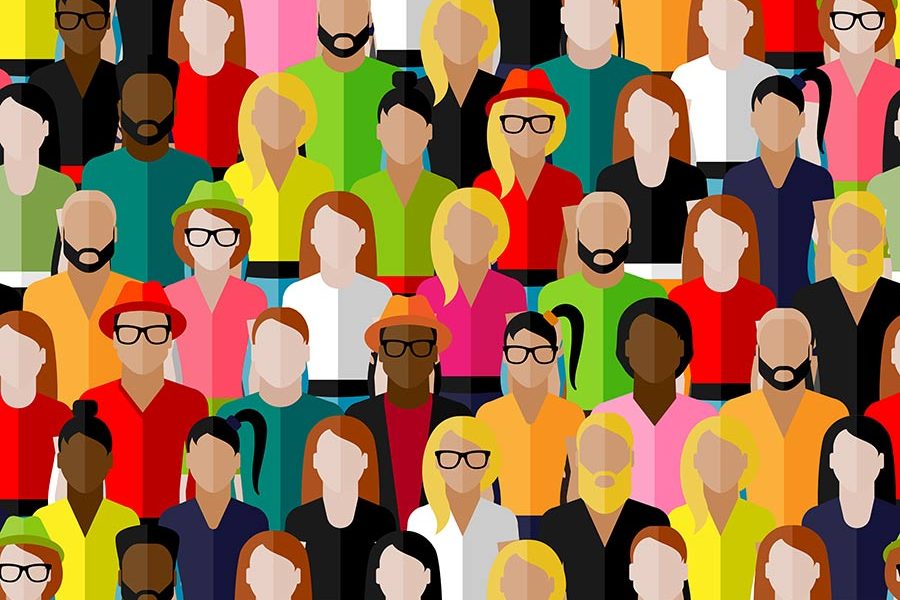 The year 2016 will be remembered as the year that identity politics, as it is commonly understood, began the long descent into irrelevancy.

The fact that the past eight years under the first black president saw conditions grow objectively worse for Black America has challenged the idea that a politician—simply by merit of being black—innately has the best interests of black people at heart. Then, of course, there was Hillary Clinton’s presidential campaign, in which efforts to literally rewrite history and frame Clinton as a feminist champion of women’s rights fell completely flat; fifty-four percent of women voters went with Clinton, almost the same percentage that voted Obama in 2012. Despite running against a raging misogynist that has been accused of multiple sexual assaults, as well as the rape of his then-wife Ivana in 1989, Hillary did no better than Obama amongst women. Needless to say, not many people bought the idea that Hillary would look out for women simply because she is a woman.

Now that this critical juncture has been reached, the socialist left can rejoice. Identity politics, and ideas derived from it such as privilege theory and intersectionality, have produced possibly the lowest level and most simplistic understanding of class consciousness in the history of modern capitalism. Right now we are presented with our best opportunity in decades to counteract the influence of these ideas and bring Marxist class analysis back to the fore. The only problem with that is the part where we counteract identity.

Leftists who put forth an analysis in which politics is entirely about class and not in any way about race, gender, or sexuality tend not to capture many hearts and minds, and there is one important reason for that: their analysis is wrong.

Now hear me out, Marxists absolutely should be criticizing the school of identity politics that has reigned heretofore. Let’s call this liberal or corporate identity politics—because this school, despite its radical beginnings amongst late-Civil-Rights-era and Black Power organizations, has by now been thoroughly co-opted by “progressive Democrat”-run NGO think tanks. Liberal identity politics deserves criticism for omitting class analysis from its evaluation of how oppression works, for pursuing individualist goals to become part of the bourgeois class rather than dismantle it, for being so blind to history and to the nature of capitalism as to think that this amounts to “liberation,” for subsuming movements under any Democratic Party politician willing to pay lip service to one minority group or another, and for not moving a muscle when said politician sacrifices said group’s interests on the altar of “bipartisanship” or “compromise.” The problem is that there seem to be very few criticisms that include an analysis like the one above (with notable exceptions like Adolph Reed’s essays on the subject), and mostly ones that sound like angry (usually) white people projecting their irritation at the assertion that they hold societal privilege, or at having been told themselves to “check their privilege” by some snotty kid new to left activism.

Again, we have every right to be angry at the mistaken idea that oppression is completely about race/gender/sexuality, not class. However, to simply flip that equation on its head and assert that it’s all about class, and not about race, gender, or sexuality is an egregious mistake, especially from anyone claiming to provide a materialist analysis. To counter interpretations of privilege theory by arguing that there is no white, male, cis-, or hetero- privilege is to ignore the material realities of capitalist society.

That argument ignores the fact that black and brown people still face indiscriminate violence and higher rates of unreasonable search and seizure at the hands of police (on the day I began typing this, the Charlotte-Mecklenburg PD ruled that an officer was justified in murdering Keith Lamont Scott) than even the poorest whites. That black and brown people languish under a system of mass incarceration, literally enslaving them and forcing them to labor for corporations and state governments for pennies an hour (if any pay at all). That the dire economic conditions becoming increasingly prevalent in working class white communities are and have been a fact of life in working class POC communities even during times of relative economic prosperity.

It also ignores the fact that women, on average, are paid 77 cents for every dollar a man makes, and that they still perform an overwhelming majority of unpaid domestic labor. That far too many people still view women as property and that the consequent slut-shaming, rape culture, and victim-blaming result in an alarming percentage of women being sexually assaulted at least once in their lifetimes.

It ignores the fact that LGBTQIA people are still subject to being fired from their jobs in right-to-work states just for being LGBTQIA as long as their employer is smart enough not to explicitly state that a person is being fired for their gender or sexual identity. That twenty-six transgender people were murdered in 2016 just for being who they are and that LGBTQIA people are statistically the most likely targets of hate crimes (see Pulse massacre of June 2016).

To rephrase all that more concisely, it’s “All Lives Matter,” but for alleged Marxists who are severely out-of-touch and out-of-date.

Capitalism has survived this long only by erecting barriers between working people; stratifying us into little boxes to more easily oppress us each individually, placing special forms of oppression on certain groups, and propagandizing us into believing that the problem is the people next to us and not the ones lording over us. The thing about that though: Capitalism is a white supremacist, misogynistic, cisnormative, heteronormative system, meaning that those special layers of oppression are reserved for those who are not white, not men, not cisgendered, and not heterosexual.

This is why these little tantrums railing against privilege theory are wrong. Even if you do face the oppression that comes with poverty, if you are white or male or cisgendered or straight, you do benefit from a relative sort of privilege (bonus points for two or more). Not because people that are poor but meet at least one of these criteria are no longer oppressed, but because they have the privilege of being unlikely to have their brains blown out [or bashed in] by police [or fascists] for selling cigarettes or walking in the street or reaching for their wallet or, you know, just having the audacity to exist.

Given these very basic facts, we need to shape our understanding of Marxism to take into account what role identity plays in the consciousness of working people. We also need to recognize the role that the identity-specific forms of oppression faced by POC, LGBTQIA people, and women play in upholding capitalism in the U.S. (aptly called the “breadbasket of capitalism”) today, because the two are related. Insisting that we need to just drop these barriers of identity and all identify only as working class, or else the revolution will fail, makes you sound like one of those “colorblind” folks we leftists love to hate (and for good reason).

I am a black man of working class background, I am also a Marxist. Frankly, if you tell me that struggles against racism need to take a backseat to whatever overgeneralized idea of working class struggle you’re advocating, I’m going to tell you to eat a bullet. Stop using Marxism as a cover for your personal discomfort at having to talk about race, gender, or sexuality. Marxism is scientific, so suggesting that specific struggles based on race/gender/sexual identity are of lesser importance in a society built on the subjugation of race/gender/sexual minorities isn’t just bad politics, it’s outright contrary to the idea of Marxism.

Albert L. Terry, III, is a guest writer for Left Voice and an activist and organizer based in Mobile, AL. He is a founding member of Mobile Bay Socialist Collective and Co-Chair of Treasury of the Alabama Green Party. More of Albert’s writings can be found on his Revolution HQ blog at blackandred83.tumblr.com.