Last Thursday, in Jerusalem, Ramallah, Gaza, Haifa, and the Palestinian refugee camps in Beirut, more than 3,000 women took to the streets until late at night under the motto “tal3at”—”We (women) are coming out.” The protests were triggered by a series of feminicides, including the case of 21-year-old Israa Ghrayeb, who was murdered for publishing a selfie with her boyfriend the day before her engagement. In 2018 alone, 38 Palestinian women were victims of family feminicide. We spoke with the young activist Isleen Atallah (18) from Jerusalem who took part in the protests.

Isleen, were you on the streets yesterday?

Yes, I went to the demonstration in Ramallah and demonstrated in the city centre until late in the evening with several hundred women. Most of the participants were school girls and young women, but also men. We performed a silent play with the Al-Basta theatre group to illustrate the oppression that women suffer in our society.

Who called for the demonstration?

The organizers of the event in Ramallah were different youth groups—some of them specifically concerned with women’s rights, but also some that support different progressive struggles. Parties and other organizations did not shine through as much—the demonstration rather took the form of a mixed mass protest. But in all the demonstrations women were at the forefront.

How many people were mobilized?

Demonstrations happened in eleven cities, including Gaza, Ramallah, Jerusalem, Nazareth, and Haifa. In Haifa alone there were 1,000 demonstrators. I would estimate the total to be about 3,000. 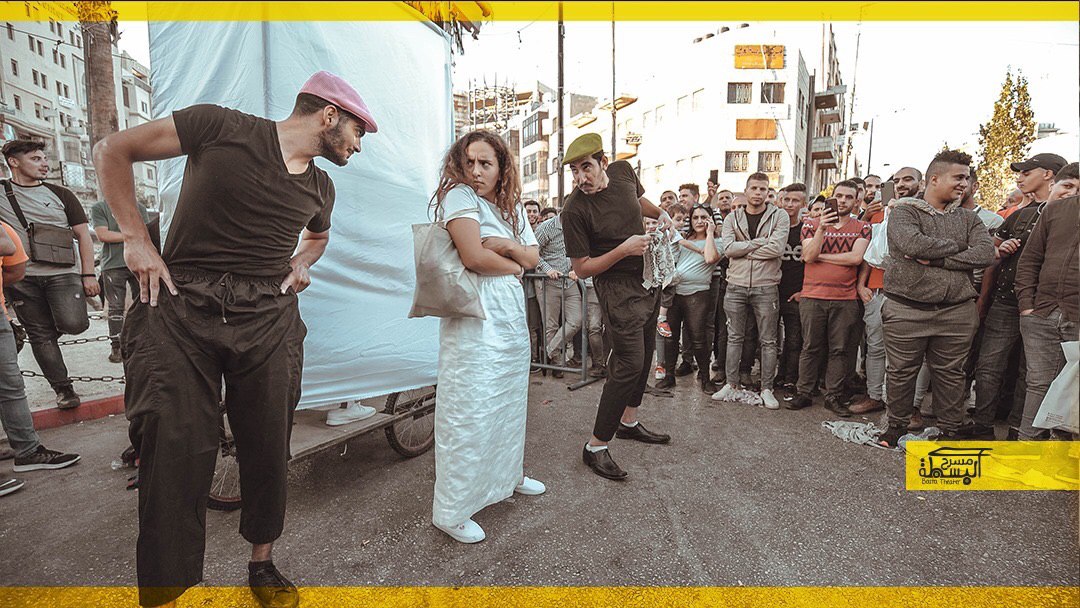 Were you facing any sort of repression?

What were your demands?

The central demand was to end violence against women, especially daily oppression and “honor”-based feminicide. But women were also calling for the fundamental right to do things that conservative parts of society consider to be reprehensible, such as leaving the house unaccompanied. I believe that the frustration is currently expressed by the demand for a change in culture and traditions, not so much by legal demands.

One central political demand, which was expressed everywhere and on many posters, was the call to end the occupation. Free women need a free country in which they can move freely. On the other hand, a free country also needs free women who can fight for their rights.

Do you think the protests will continue?

I’m not sure if it will be a one-time event, but the mood is stirring. In any case, we have gained lots of confidence from the protest—the level of mobilization and public solidarity between women was something we had not seen before.

First published on September 28 in German on Klasse Gegen Klasse.