The migrant caravan moves forward despite rain and cold. What is the situation like on the ground? 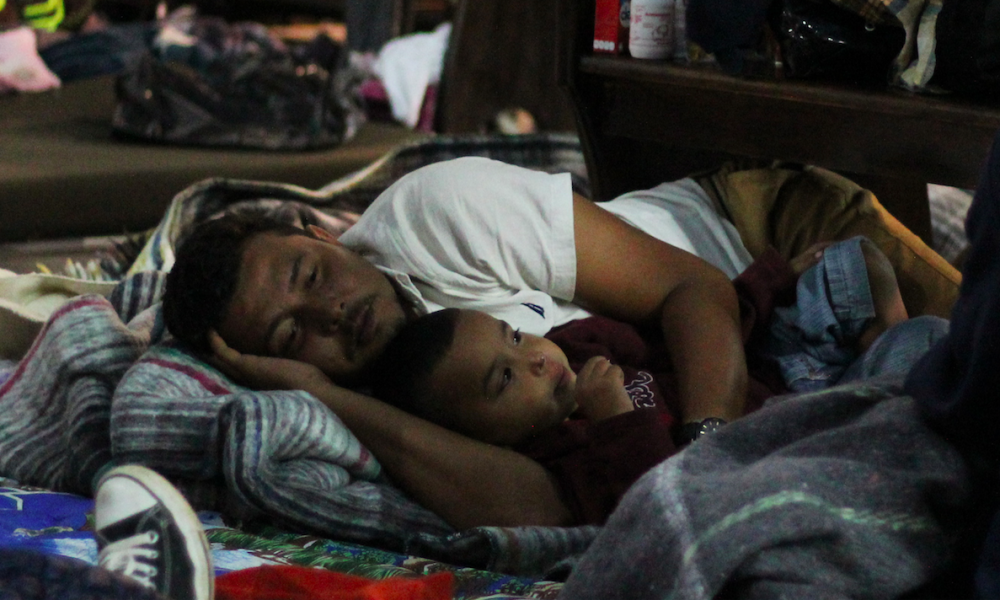 The migrant caravan, which departed from Honduras almost a month ago, is now separated into three groups across three cities in Mexico: Puebla, Cordoba and Mexico City. While the press has reported that there are 7,000 migrants traveling as part of the caravan, this number is likely to be closer to 10,000– making it almost impossible to keep so many people together. Most of the migrants have walked from Honduras, crossing 800 miles in the heat and sun. They bravely faced the Mexican border police and their tear gas, the same brutal methods that the US border patrol implements at the southern border. After massive public backlash, Mexico is allowing the caravan to travel through Mexico to the US, at which point many people will seek entry into the country.

Correspondents for La Izquierda Diario, Mexico, sister website of Left Voice are following the caravan. They say that the migrants have been frustrated by their portrayal in the media, which has often represented them as violent criminals. The families and young men and women stress that they have always been peaceful, even when met with armed resistance. For example, many say that when they tried to cross the border into Mexico, rocks were thrown, but not by them. The rocks were thrown by those on the Mexican side who wanted to bar their entry.

Inside the Caravan: Testimony of a Migrant Women

“In my country, Honduras, I had no job. There are no jobs, there is hunger, and honestly I had no place to live. That’s why I made the decision”.

The name “Migrant Caravan” comes from the organizers themselves, gesturing to the Central American and Mexican religious tradition of going from town to town spreading “the word of God”. In this case, the Migrant Caravan plans to stop in important towns in order to discuss the reality of Central American people who are forced to leave their homes due to violence or extreme poverty. These conditions are the result of decades of imperialist intervention, whether it be by Reagan in the 80’s, the implementation of CAFTA in the early 2000’s, or most recently, the Obama-orchestrated coup in Honduras.

About 900 migrants arrived to Mexico City on Sunday with only the clothes on their back, trudging along in worn out shoes. 10 buses transported them into the city and now they are staying in a soccer stadium. This first group is primarily made up of men, with many of those traveling with families still in Puebla or Cordoba. Up until late last night, there weren’t any tents; the migrants rested on the floor, huddled together to fight off the cold and rain. 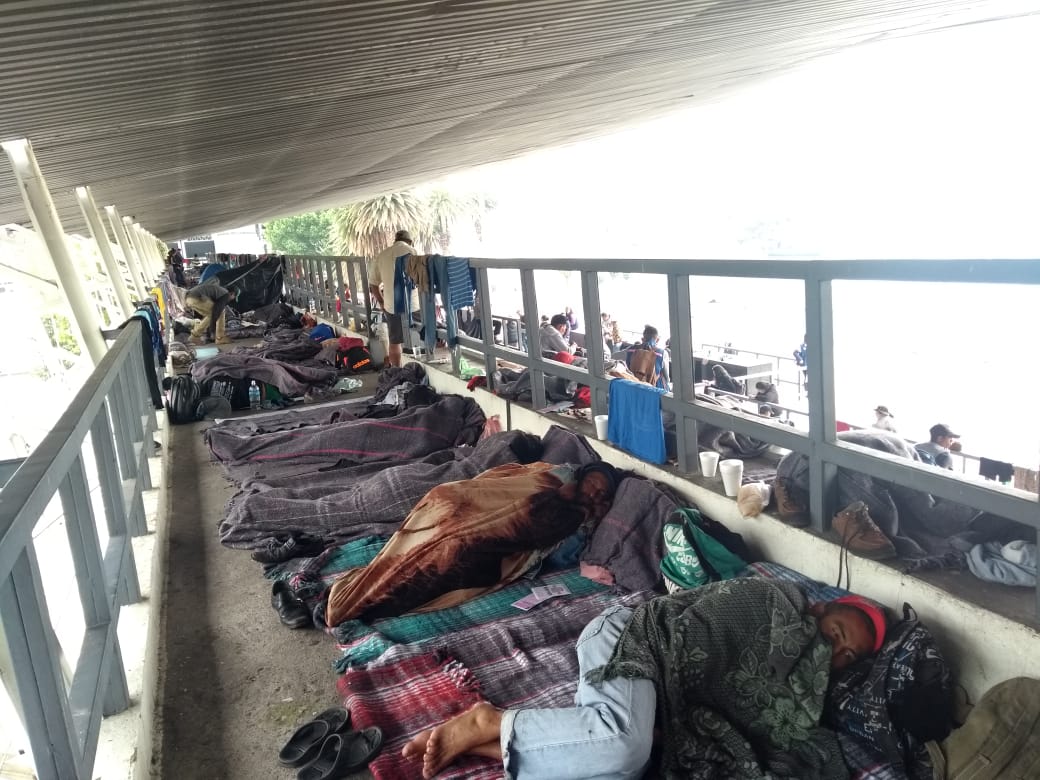 There are reports of several people in the caravan contracting severe illnesses, such as mumps. Far more common are respiratory illnesses and stomach problems, as well as severe sunburn from days of walking.

Still, many are in good spirits, especially when meeting Mexicans who stand in solidarity. Claudio, a student and Izquierda Diario reporter said, “You would expect them to be downtrodden, but they are in good spirits, especially when they know you are a Mexican who supports them. They were glad to hear that we support their struggle, that we want them cross the border and that we will do everything we can to fight for that to happen.” 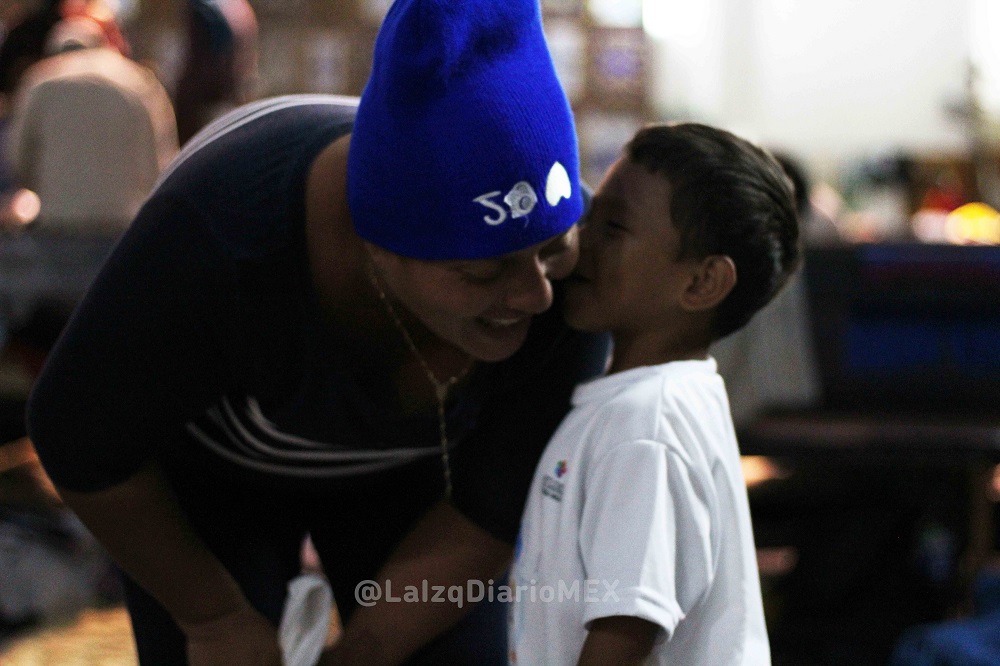 In Puebla, almost 2,000 migrants are spread into four different churches across the city. Some cannot find a place to stay so they are sleeping on the street or in bus stations. Most of them don’t have jackets or blankets to protect themselves from the cold. There are many families, many of whom have very young children. As La Izquierda Diario correspondent, Elizabeth, recounts, the energy amongst the members of the caravan is one of exhaustion and anxiety. The migrants talk about previous caravans in which women and children were denied entry while the single men and women–more able to work–were given temporary permits.

While the migrants know that Donald Trump has moved the military to the border, there is hope that because the migrants are peaceful families who “haven’t committed any crimes or done anything wrong,” there will not be violent reprisals against them.

Today, the caravan in Puebla left at 5 am to travel to Mexico City. There is no transportation available, so the caravan will be traveling on foot. Because of the immense amounts of walking, the migrants are in dire need of shoes. They are also in dire need of clothes, personal hygiene items and pain medication.

Although everyone is exhausted, the children, in particular, are full of life. Elizabeth says, “At first the kids were shy, but they got really interested in my camera and soon, we were all taking pictures together and they were taking pictures of their families too. They made gifts and drawings for us. They and their parents were happily surprised to find out that we will be walking alongside them to Mexico City.” 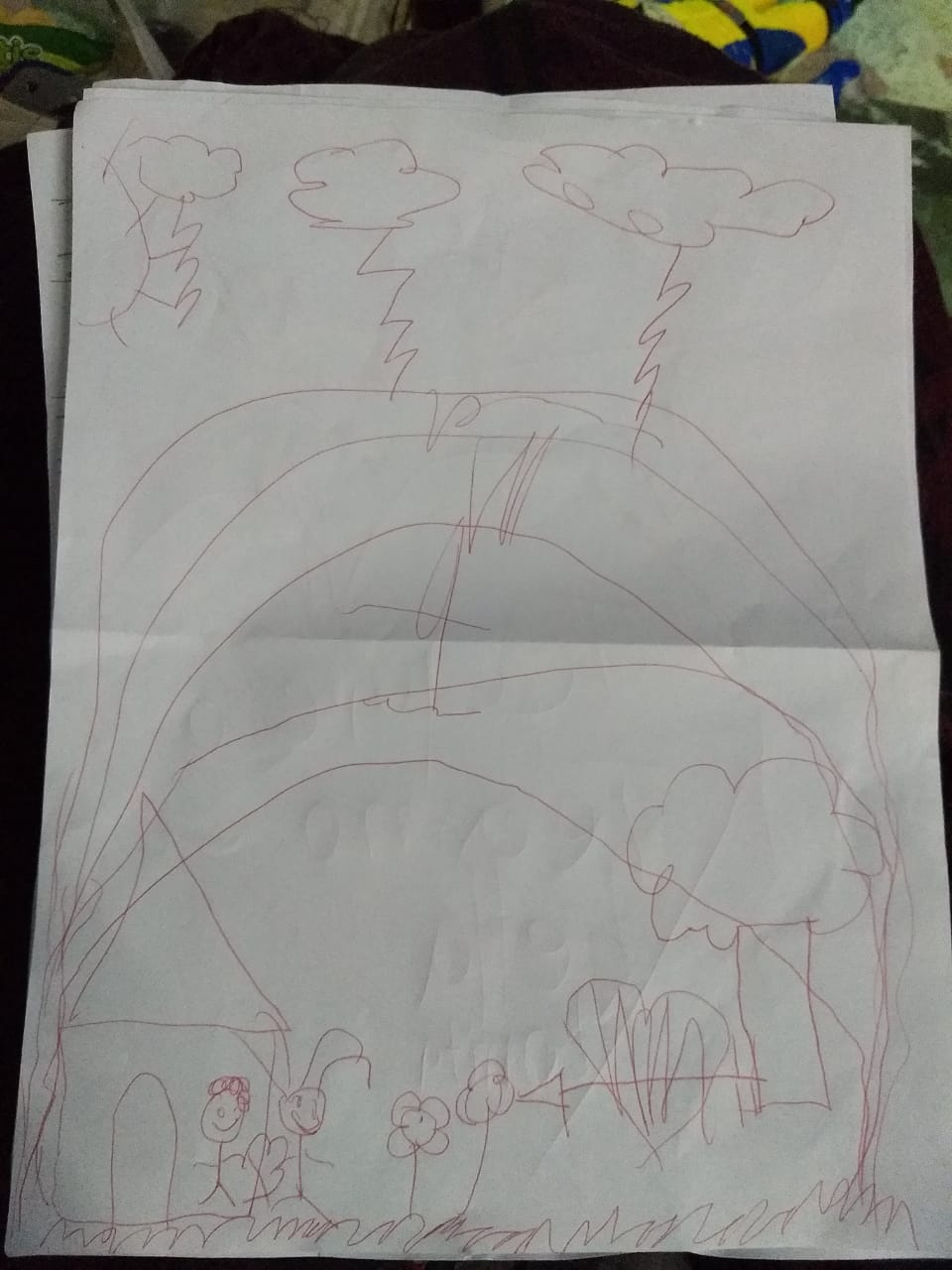 While in a church in Puebla, a child drew this for Elizabeth.

Their hope is that the caravan will be unified again in Mexico City and that the migrants who are furthest behind in Cordoba will catch up before they begin their journey to the US border.

Left Voice will be reporting regularly on the caravan due to the efforts of our sister website, La Izquierda Diario Mexico who will be walking with the migrants. If you would like to support the caravan, donate to our gofundme here. The funds will go directly to the caravan. If you would like to help with Left Voice’s coverage of the migrant caravan by editing, writing, video editing etc please get in touch at [email protected]