A New Revolutionary Organization is Born: The Socialist Workers’ Current (CST) of Peru

On June 2, a conference took place in the Peruvian city of Tacna: “Constructing an Alternative of Workers, Women, and Youth.” The conference resolved to found a new organization. 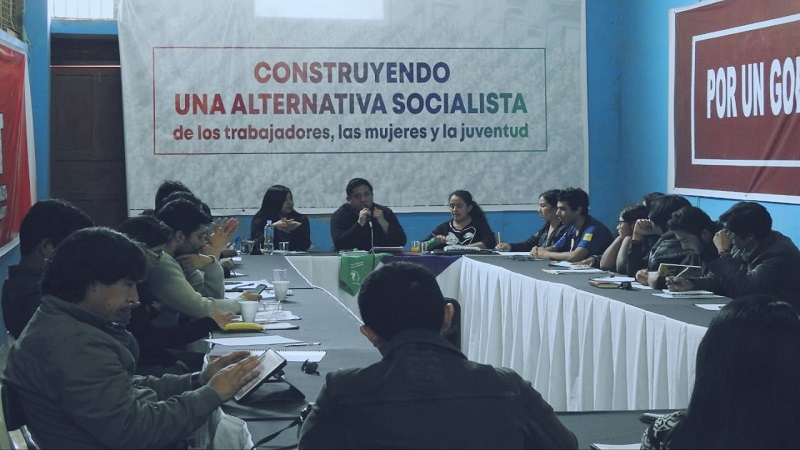 The Southern Resistance Collective was founded two and a half years ago as a response to the rightward shift by important sectors of the Peruvian left who decided to vote for Pedro Pablo Kuczynski in the presidential elections. After Kuczynski’s victory, these sectors became a pillar of support for the government. In this way, they legitimated the 1993 regime imposed by Alberto Fujimori.

While we felt it was progressive to regroup sectors of the left that were resisting the attacks of the Kuczynski government, we also understood that achieving real economic, social, and political changes would require a confrontation with capitalism. That is how we began a dialogue with the comrades of the Trotskyist Fraction – Fourth International (FT-CI according to the initials in Spanish) and sought to understand their revolutionary strategy. The agreements we reached with them were expressed in articles we wrote for La Izquierda Diario and the foundation of the women’s group Pan y Rosas.

In the last two years, we have built up Pan y Rosas as a dynamic women’s organization with a presence in the schools and universities in Tacna, as well as contacts in Moquegua, Arequipa, and Lima. We also drafted “Strategic Political Theses” which were discussed at the conference and characterize the international and national situation, present a balance sheet of the Peruvian left, and define the type of organization we intend to build.

Our founding conference took place one day after sectors of the reformist and neo-reformist left met in Cuzco to discuss candidates for the next presidential elections in 2021. In their declaration, these sectors expressed their support for initiatives of the current government of President Martin Vizcarra. In the face of the organic crisis that Peru is experiencing, these sectors will not offer the changes demanded by the working masses. Quite the opposite: their intention is to deflect the social anger and legitimize the current regime.

Our political alternative has the goal of establishing a workers’ government. However, we also understand that many workers still have illusions in representative democracy, which is why we consider it important to raise the demand for a free and sovereign constituent assembly, imposed by the independent mobilization and self-organization of the workers and poor masses. This can only be born from a break with the institutions of the regime of 1993.

We also call for the abolition of the presidency; a worker’s wage for all members of parliament and public functionaries; and the direct election of judges and prosecutors. We demand the creation of a single state bank and a monopoly of foreign trade, alongside the nationalization of all natural resources to end the plundering of the country and the destruction of the environment. To end unemployment and precarious labor, we call for a six-hour workday with a salary sufficient to feed a family.

In order to move forward with this perspective, we will launch La Izquierda Diario Perú in the short term so that we can spread news of workers’ struggles as well as our strategic ideas. This conference represents a step forward in the revolutionary, anti-imperialist, and anti-capitalist regroupment of the workers, women, and youth of Peru.

A longer report is available in Spanish in La Izquierda Diario.

This is a heavily condensed translation by Nathaniel Flakin.