The following talk was given at the Left Voice online event: “Fighting the Next Oppressor: Socialist Strategy Post Elections” on November 14. If you are interested in collaborating with Left Voice, sign up here. 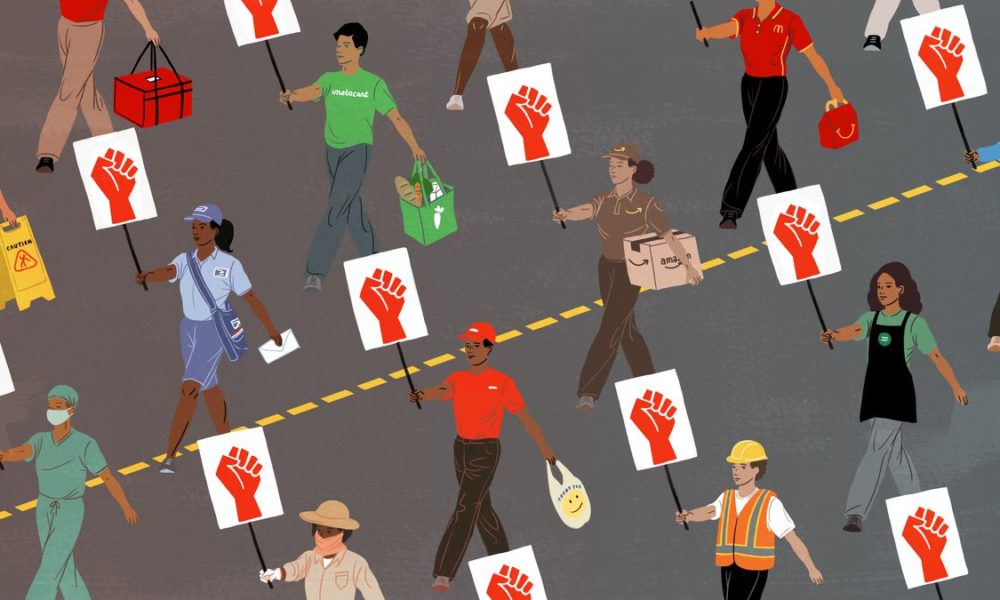 Revolutionaries don’t concentrate their full energy on elections. Even less so in a country where the dictatorship of the two parties seems insurmountable for the emergence of other political alternatives. However, in elections where the great masses participate (in the case of 2020 at least 150 million people voted) and in class struggle, we socialists can measure where the passions of the people are. Trump says he represents the working class and the “silent majority.” He lies. He wants to use the fact that he barely won the rust belt in 2016 and now has made a very close election to prove this, as if the rust belt represented the American working class. On the one hand, many rust belt workers did not vote at all in 2016 fed up with a Democratic Party that for decades was dedicated to ruling for the capitalists and Wall Street. On the other hand, the American working class is more than that which was traditionally concentrated in the rust belt. The U.S. working class is EVERYWHERE, is racially diverse and spread throughout the country, moving all the wheels of the capitalist economy.

The working class is in the factories and in the industry, but it is also in the warehouses and logistics like Amazon. It’s in the service industry. It’s in the hospitals. In schools. In transport, the ports, the supermarkets. In meat packing centers. In manufacturing. In the prisons where they work without salary. In the fields exploited by agri-business. In the restaurants. We are undocumented, migrant, precarious, unemployed, organized and unorganized. A large section of the working class supported the Black Lives Matter movement and held their noses when they voted for Biden.

This year we not only had an election. We had a pandemic that is still going on, and between February and May hundreds of worker actions across the country led by frontline workers revealed the fundamental fact that workers are essential, bosses are not. The quarantines were not over when racist police violence claimed the lives of Breonna Tylor and George Floyd. The Black Lives Matter movement moved the country. At its height, 70 percent of the population supported the movement and the West Coast dockworkers’ went on strike, paralyzing 29 ports in solidarity with Black Lives Matter.

The Democratic Party managed to defuse the movement for now. By using the election trap and the idea of the lesser evil and by brutally repressing the activists who continued to mobilize. Still, these movements are very promising and there is an alternative for the future. As Lenin said, quoting the writer Dmitry Pizarev, for revolutionaries:

The rift between dreams and reality causes no harm if only the person dreaming believes seriously in his dream, if he attentively observes life, compares his observations with his castles in the air, and if, generally speaking, he works conscientiously for the achievement of his fantasies. If there is some connection between dreams and life then all is well.

But we also need the imagination to dream as Lenin said. To dream that we can win our basic rights: universal health care, a living wage, decent housing and much more, if we trust our own forces and our own methods of struggle like mobilization in the streets, picket lines and strikes. And to dream above all that we can change everything at the root, that there is a future beyond capitalism because capitalism is leaving us without a future. And that future is socialism. Some comrades believe that we can achieve socialism by reforming capitalism but the capitalists in times of crisis take everything from us (violently). Other comrades think that we can reach socialism by setting up local self-organized communities but the capitalists and the state brutally attack our attempts at self-organization like they did in Seattle earlier this year and we continue to depend on the laws of the market. We believe that to reach socialism the working class and the oppressed have to make a revolution. Yes, a social revolution made up by millions. Take the capitalists out of power, expropriate them and put in place a society organized by the working class and the oppressed where there are no police, no army but the armed people, no exploitation and we all decide how to distribute what we need to live in harmony with the planet. They tell us that we are not realistic.

But we are hyper realistic! We know that the capitalists are turning our planet into a dirty prison as Leon Trotsky said. But we also know that making a revolution requires preparation. Sooner or later, the working class and the oppressed will rise up. We saw it in France, in Chile and right here in the United States with the Black Lives Matter movement . But rebellions are not enough; we must blow up the whole system and build a new one. That’s why we think that the best we can do with our lives is to organize now for that perspective, and that requires us to have an organization of the working class and the oppressed that prepares for revolution, not just in the U.S. but all over the world.

Try to imagine that. Try to imagine an organization made up of folks that, instead of knocking on doors for the Democratic Party, knock on doors for Black and socialist candidates of a socialist party of its own. An organization that instead of making agreements with the bosses and union bureaucrats, is part of the efforts of the rank and file workers to get their unions back, to build fighting unions, and to kick out the cops.

We need an organization that is part of the Black struggle and fights to unify the Black movement and the working class to fight racism with forceful measures such as the general strike. An organization that drives the struggle from the grassroots and the workplaces to organize for the self-defense of our communities and their safety against the racist gangs that Trump has reactivated. An organization that does not close its eyes to the monstrous acts  that the two parties are committing all over the world against our brothers and sisters in the global south. An organization that, if we have representatives in congress, will not vote for the budgets of the capitalists to finance the police and the army and that will bring our voice to the masses and call out the war criminals who rule the countries of the world. .

This is what we prepare for at Left Voice and as part of the Trotskyist Fraction in Mexico, Costa Rica, Peru, Venezuela, Bolivia, Brazil, Chile, Argentina, Uruguay, France, Spain, and Germany. But we know that this organization needs to be anchored in very strong ideas and that it requires hundreds of supporters, a platform, and a program that is very clear about what our objectives are. As Leon Trotsky said:

Dear friends, we are not a party as other parties. Our ambition is not only to have more members, more papers, more money in the treasury, more deputies. All that is necessary, but only as a means. Our aim is the full material and spiritual liberation of the toilers and exploited through the socialist revolution. Nobody will prepare it and nobody will guide it but ourselves.

At Left Voice, we want these ideas, truly socialist ideas, to reach thousands. That’s why we have a website to forge that stream of ideas into flesh, into material strength in every struggle. We started out very small. Now our readers number in the hundreds of thousands That means that our website and our social media can go much further, from California to Florida and beyond.

I know that many of you are looking for a political home. We want to build that political home side by side with all of you. We want to invite you to be part of this socialist newspaper so that we can reach as many people as possible.. Surely you have many questions: why a website? Why are you Trotskyists? What is a revolutionary party? Our goal is to know you all better, to answer all your questions and to learn from you by making a common political experience. In the immediate term, from the newspaper, our workplaces, communities and the streets, we will have to fight the austerity plans of the Biden government, systemic racism, the attacks on our democratic rights, and imperialist attacks against our brothers and sisters in Mexico, Palestine, Cuba, Iran, Venezuela and beyond. But this is only the beginning. It’s all about preparing for the revolutions to come.

Our aim is to take up the work of Marx, Engels, Luxemburg, Lenin, Trotsky, Gramsci, CLR James and to carry through to the end the struggle begun long ago in this great country by the martyrs of Chicago, the workers of the Seattle Soviet in 1919, the insurgent workers of the Toledo and Minneapolis strikes, the black community fighting against the racist terror of the KKK, police, and even the conquest of civil rights that cost the blood of our martyrs, Sylvia Rivera and Marsha P Johnson and the other heroes of stonewall and so on. Long life to those who fought, our best tribute is to destroy the system that causes us so much hardship. Long live  the working class.