A Radical Approach to Psychedelics and Mental Health

The so-called psychedelic renaissance is here. Proponents claim that the drugs can alleviate an array of psychological suffering. But while they try to gain medical acceptance, they ignore the structural factors that cause suffering in the first place. We need a revolutionary approach to these substances as they become more mainstream. 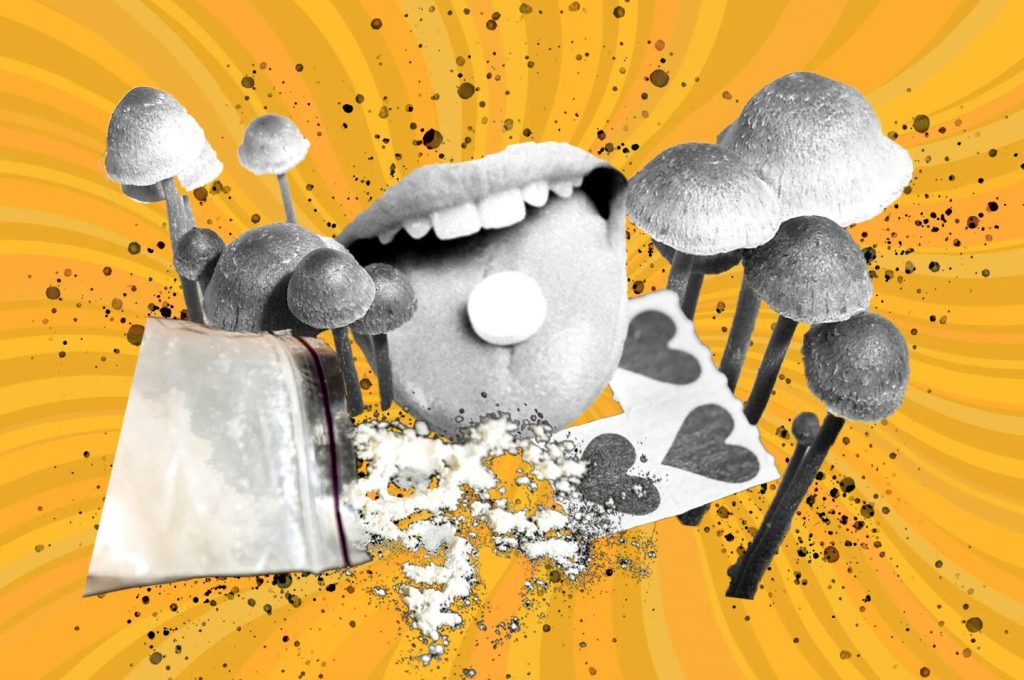 It seems that every day there is a new article or study showing how psychedelics can be beneficial in treating the effects of psychological suffering. Now, state and local governments have passed laws decriminalizing or regulating the use of psychedelics. The battle to make these substances available to the public has been one hundreds of physicians and activists have had put forward, fighting the conservatism and insatiable thirst for profit of the healthcare system. Although the acceptance of psychedelics is a step forward, unfortunately the tendency is for these new treatments to be assimilated by the current health system that considers mental illness an individual issue and that considers health care in general as just another avenue to maximize profit. In this light, the well-intended activists behind the bills we see are not the only ones in this movement — venture capitalist “bros,” big pharma, and the mental health industrial complex have all arrived with the big knives, looking for ways to carve big profit off the so-called renaissance.

In this context, a recent reading of Bruce Cohen’s Psychiatric Hegemony: A Marxist Theory of Mental Illness got us thinking (one of us is a physician and one is a psychedelic practitioner) about intersections between capitalism and psychedelics. In this piece we plan to cite Cohen’s work extensively, since it provides a useful template for analyzing the trajectory of this phenomenon.

Proponents of psychedelics are trying to gain acceptance in the current medical model. As part of this quest for acceptance, research has expanded in an effort to “prove” the medicinal value of these substances. We have seen the fruits of this effort in the form of various scientific publications. For example, Nature has published a study showing MDMA-assisted psychotherapy’s benefit for treating PTSD. The New England Journal of Medicine (NEJM) published a study showing the benefit of using psilocybin to treat major depression. With these findings, among the growing number of published studies, comes the idea that these substances will heal the ills facing the public.

The strategy being promoted for psychedelics utilizes this research and looks for incorporation into a profit-driven system, seeking acceptance in a larger system of capitalism that continues to harm the well-being of all life on the planet. Under the current for profit medical model, systemic causes of mental suffering are individualized and internalized so that sufferers will see only their personal trauma and not the connected system-induced harms — keeping those suffering inward looking and atomized. The term and diagnosis of trauma, which has an individual frame, has replaced psychological narratives, like alienation, which have systemic frames. While we don’t discount individual trauma, and the benefit of mitigating individual suffering, it remains that the deterioration of individual and community health is the direct result of a complex combination of exploitation, destruction of the commons, and various other structurally violent systems. With these complex interactions at play, the suffering we see will not be fixed with a pill or plant as many proponents in this space resolve.

The medical system serves its role in upholding the status quo by finding ways to reduce natural reactions to damaging systems to specific diagnoses, which can be documented and billed for, and hence, commodified. Bruce Cohen argues critically against capitalist approaches to health in his book. He writes,

The priorities and practices of the western health care system facilitate capitalist goals in two distinct ways: first, through direct and indirect profit accumulation, and second through the social control of deviant populations and the ideological reproduction of dominant norms and values of the ruling classes.

To demonstrate how the mental health field specifically has functioned within this system, Cohen cites the work of American sociologist and social theorist Andrew Abbott, who writes in his 1988 work The System of Professionals: An Essay on the Division of Expert Labor,

So, for example, instead of viewing feelings of anxiety, depression, or deep rumination as natural reactions to oppressive workplace conditions or ongoing environmental degradation, this complex interaction can be simplified and medicalized to a treatable diagnosis. Enter psychedelics as another potential balm or miracle product to blunt suffering and misdirect proposed solutions away from systemic analysis. Cohen references the work of Spanish sociologist and social scientist physician Vincent Navarro to further elucidate the dangerous of focusing on the individual:

It creates false consciousness that what is basically a collective and, therefore, political problem, determined by the manner of control over the process of production and consumption in capitalist societies, can be solved by individual therapeutic interventions. In this way, medicine depoliticizes what is intrinsically a political problem. Thus, what requires a collective answer is presented as an individual problem, demanding an individual response. This is the main ideological function of medicine, the legitimization of class relations in our society.

While there has been lip service to issues of race, gender, sexuality, and inclusion in the mainstreaming of psychedelics, the issues of class have been unsurprisingly absent, conversations around the actual systems causing suffering have been all but absent. Why? Because much of the psychedelic community is not attempting to actually address the systems that cause suffering. There is a hope for acceptance into “the club” with an idea that if we avoid the structural analysis now, we will somehow be able to magically address these structures with the help of psychedelics in the future.

And for some people among the psychedelic renaissance, there is actually not just a failure to discuss the structural causes of suffering, but an active attempt to avoid them all together. This comes with a fear that “rocking the boat” too much could threaten the quest for medical acceptance. For example, in their JAMA Psychiatry piece, David Yaden, Mary Yaden, and Rolland Griffiths recommend the importance of “opposing the conflation of science with larger cultural agendas, as occurred in the 1960s with the blending of psychedelics into the antiwar and other anti-establishment movements.” But as so-called objective scientists, what business is it of theirs to make recommendations on how to keep a growing field from going off track? Such a recommendation is a negation of the political nature of healthcare — particularly in mental health, as it has often been used as a tool of social control — without any consideration of the political and social conditions that produce collective suffering in an increasingly commodifying and alienating world. The health care system is now in complete capitalist capture, and any attempt to “depoliticize” it further strengthens its grip.

By naming liberation struggles as the problem, the authors advocate for the avoidance of revolutionary politics at all cost. We should not let our hopes for the therapeutic potential of psychedelics be used to cloud the reality of the gravity of a situation we are facing under capitalism or the real work that must be done to confront these systems. We cannot avoid the political — especially in this hyperpoliticized space — we must embrace the political.

A Radical Approach to Psychedelics

To actually take a radical approach, addressing the “root” of suffering, we must take into account and confront the systems that create suffering at their source, not fight and claw to be accepted by and incorporated into them. Vincent Navaro discusses a more revolutionary way to approach health in his 1980 piece Work, Ideology and Science: The Case of Medicine, which Cohen references:

The actual way of studying disease in any society is by analyzing its historical presence within the political, economic, and ideological power relations in that specific social formation. And by this, I do not mean the analysis of the natural history of disease but rather the political, economic, and ideological determinants of that disease, determinants resulting from the overall power relations which are primarily based on the social relations of production. These power relations are the ones which determine the nature and definition of disease, medical knowledge, and medical practice.

Psychedelics can have a role in healing and alleviating suffering while exploring what it means to be human and our relationship to that suffering. This is a deeply personal journey, but when done collectively, the true nature of collective pain can become clear, and we can distinguish between our “species essence” and the results of oppressive social and economic systems. Only then can we shed the false consciousness of individualized pain. This will not come through depoliticization but instead through active politicization, connecting individual suffering to the systems that cause it and stirring revolutionary embers. We need a revolutionary approach to psychedelics and a revolutionary approach to improving societal health and well being.

Dimitri Mugianis is an activist, musician, poet, writer, and cofounder of Cardea. He has over two decades of experience as a psychedelic practitioner.