A Right-Wing Vigilante Killed Two Protesters in Wisconsin. Police Let Him Walk Away. 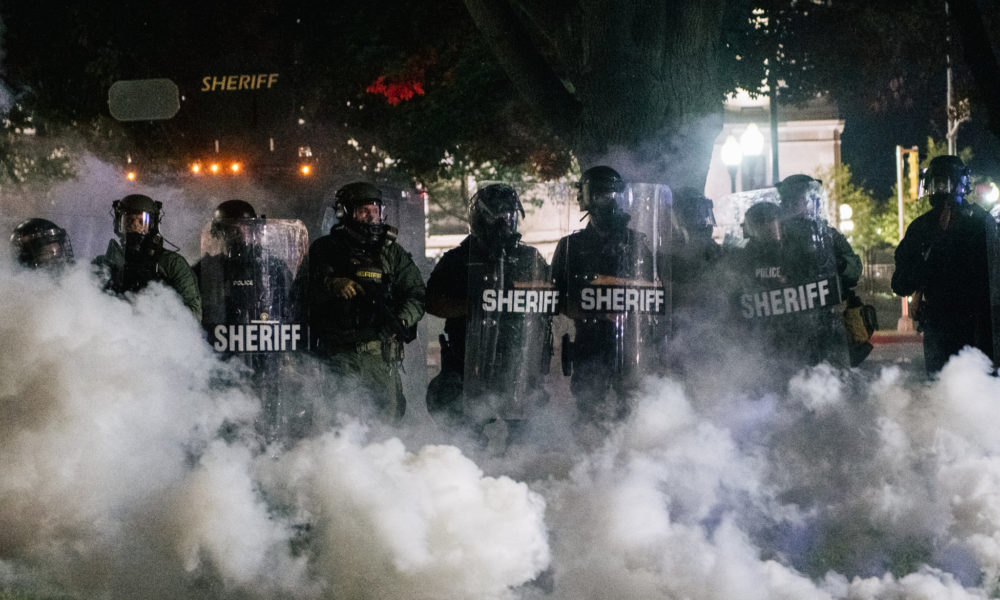 Two nights after police officers shot Jacob Blake seven times in the back — and one night after the Republican National Convention began by pandering to their far-right base about dangerous “anarchists” in the streets — a far-right vigilante killed two protesters on the streets of Kenosha, Wisconsin. Protests following the horrific police shooting of Blake have gripped Kenosha as activists have burned a Department of Corrections building and fought the police on the streets. These protests mark a resurgence of the Black Lives Matter movement that had been in decline following two months of protests surrounding the murder of George Floyd by Minneapolis police officers.

Kyle Rittenhouse, a 17-year old with the right-wing vigilante militia patrolling the streets of Kenosha to “protect property”, appears to be the one responsible for the fatal shooting that occurred on Tuesday night. He has since been arrested and charged with first-degree homicide. However, the fact that these murders were actively supported by the local police cannot be understated. Indeed, police had already tear-gassed and fired “pepper balls” at protesters before the shooting occurred. A video shows the police thanking the vigilantes and giving them water, saying, “We appreciate you guys, we really do.” Within a few hours, one of those vigilantes had killed two people and injured one other.

Video footage shows the police allowing the shooter to walk through their line unmolested, even as protesters yell for him to be stopped, saying that he had just shot someone. However, police tactical vehicles continued to drive past him because, fundamentally, a white right-wing extremist with a gun is less dangerous to the state than unarmed Black Lives Matter protesters. This is just the latest in an extensive list of examples of the police brutally repressing protesters while turning a blind eye to right-wing extremists, allowing them to go on murderous rampages.

A video from early on in the protests in Kenosha shows the police telling a right-wing group that they were about to gas the area and to leave so it doesn’t “look like [they] are playing favorites.” The fact that right-wing extremists are the favorites of the police should be painfully obvious. After all, we all saw the videos of how peacefully the police treated armed right-wing protests in favor of re-opening the economy, compared to the brutality unleashed on Black Lives Matter protesters. We can also look at the negligent “hands-off” approach adopted by the police towards the neo-Nazi protests of Unite the Right which resulted in the murder of Heather Heyer. We can see this alliance in how the police seem to be able to arrest right wing killers like Dylann Roof without incident while claiming that they feel “threatened” by unarmed Black men like Michael Brown. It should also be said that police departments have a high concentration of members of right-wing organizations, and the entire purpose of police departments is to protect property, the state, and white supremacy.

It has become completely undeniable that the institution of police is an institution of the far-right which can neither be reformed nor defunded to any budget amount other than zero. The only solution to police violence is abolition. The only way to abolish the police is to abolish capitalism.