A Socialist Plan to Re-Open the Economy 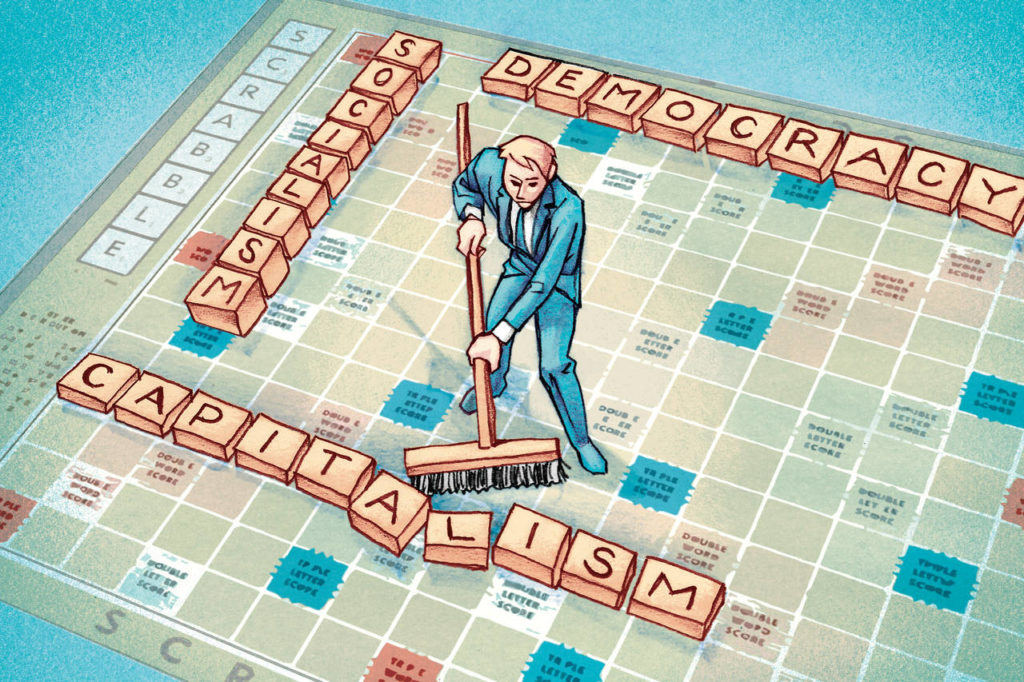 Debates over reopening economic activity have intensified over the last week. President Donald Trump has spoken in favor of reopening the economy several times and has encouraged the most radical sectors of the Republican base (white, petit-bourgeois small business owners in particular) to go out and protest in several cities. Pressure has also been felt from large and small farmers, who have thrown out food due to low prices. Trump has oscillated in his response to the coronavirus, swinging from denial to a series of insufficient health measures, and is now presenting the false narrative of a situation fully under control. Unfortunately, COVID-19 is anything but under control right now in the U.S.. Falling oil and commodity prices (the value of grain, for example), have  further complicated the economic picture, both for exports and for the national market.

Most of the discussion about reopening, unfortunately, has not taken into account the pressing needs of the working class. Though there is much work to be done to address the pandemic, “getting back to work” has not been about producing medical supplies, building hospitals and housing for working people, or ensuring food production and distribution. Instead, as always, it has been about how best to ensure profit and protect capitalism. As unemployment soars to unprecedented levels greater even than during the Great Depression, the government is resorting to demagogic and xenophobic measures, such as closing the borders and scapegoating immigrants instead of making the bosses pay. Meanwhile, Trump’s erratic responses to the crisis have generated fissures even within his own party, which is divided about how to reopen the economy. Senate Majority Leader, Mitch McConnell, along with Pat Toomey and Ted Cruz, are leading the pressure to reopen, while other senators, such as Lamar Alexander from Tennessee and Susan Collins from Maine are calling for a more cautious approach. Trump has to deal with both sides of the party and has publicly criticized the decision of the Georgia governor, Brian Kemp, who is already reopening beauty salons, gyms, and other workplaces in an attempt to return to normal activity. There are also tensions between Trump and his health advisors, starting with Anthony Fauci. Fauci has discouraged states and the federal government from relaxing anti-coronavirus measures in the immediate future, bringing him into conflict with the president, who has even spoken out about the hypothetical resignation of the highly-regarded and popular epidemiologist.

Both parties and all the business sectors are eager to reopen the economy as soon as possible, but none of them want to be responsible for a disaster. In New York, the epicenter of the pandemic, Governor Andrew Cuomo has extended measures to restrict movement until mid-May due to the high rate of deaths and new infections. Despite the many demonstrations demanding the economy reopen, 60% of the population is in favor of continuing to stay at home. Republicans voters are split in half, even though they prioritize the economy as the main concern, according to a recent NBC poll.

Regardless of the preference of constituents, neither party is prioritizing the health nor the finances of the working class and the most vulnerable sectors. Both Republicans and Democrats give press conferences about the health crisis, positioning themselves as leaders — but none are even talking about, let alone taking concrete steps towards, protecting frontline workers or guaranteeing massive testing and health insurance for all that is so desperately needed. The false choice between health and the economy is really little more than a pressure from capitalists to resume the business of profit-making at the expense of working-class lives.  In order to attack both the pandemic and the economic crisis, we need to fight for a response that is of and for the working class. We can only accomplish these goals with organization and mobilization; we cannot expect the capitalists and their parties to be on our side. Below, we list the changes that need to be made in order to safely re-open the economy:

Opening up the economy is a risk that the capitalists and the elected representatives that serve their interests want the working people to take. The government must be forced to prioritize the health and safety of the working class, especially populations most vulnerable to COVID-19, before any shelter-in-place is lifted. The lives of the working class must not be sacrificed for the Stock Market and GDP growth. The working class should not be forced to die so that others may profit. We cannot hold our healthcare providers feet to the fire any longer. The demands of the masses must be heard, for the safety and wellbeing of the people.