Abortion Rights Are a Labor Issue — Unions Must Fight for Them

Abortion is a labor issue, and workers should fight within their unions for a mass movement to protect abortion rights across the United States. 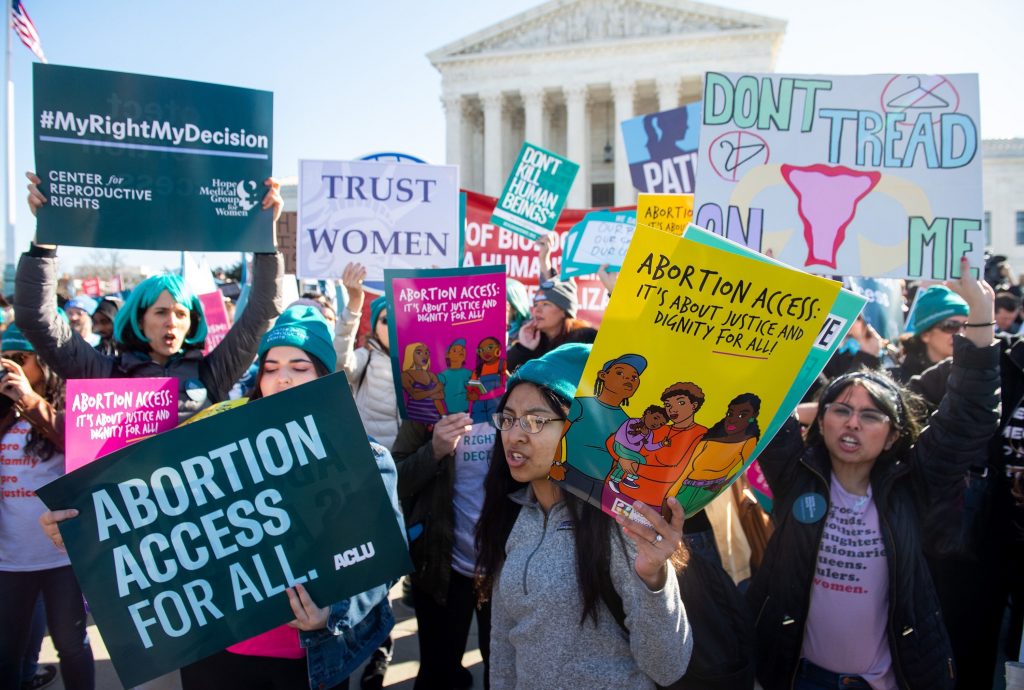 Earlier this month, Texas passed a law banning abortion after six weeks and offering $10,000 bounties for anyone who reports someone trying to get or assist someone else in getting an abortion. The Supreme Court refused to block the law in a 5-4 decision. Because 85 to 90 percent of all abortions in Texas happen after the six week mark, and many people do not yet know they are pregnant at that point, this draconian law has been described as the effective repeal of Roe v. Wade in Texas.The people of Texas need a mass movement, and unions and other labor organizations from every state should help build it.

The first Women’s March was organized after Trump’s election in part because many feared exactly this sort of scenario. After Trump nominated Brett Kavanaugh to the Supreme Court, tens of thousands mobilized across the country, with hundreds of protesters arrested in Washington, D.C. alone. Hundreds of thousands mobilized again in 2020 to protest the appointment of Amy Coney Barrett. But this time, when the Supreme Court failed to protect abortion rights, exactly as anticipated, there was no mass turnout except for young people on TikTok who organized a campaign to flood the “abortion whistleblower” website with false reports, memes, and other nonsense to render the site useless. Protests in Chicago, Austin, and New York City were much smaller than the actions during Trump’s administration.

Some of this difference may be attributable to the demobilization that has taken place since Biden’s election. Since then, many have withdrawn from political action due to illusions in the Democratic Party’s supposed solidarity with the working class and oppressed peoples. But as David Klassen wrote for Left Voice the day after Biden’s inauguration, working class people can’t afford to “go back to brunch.”

We saw this after the height of the Black Lives Matter protests in 2020: the Democrats paid lip service to the movement and promised concessions that never came to pass. Now, Biden is making similarly vague promises to “see what steps the Federal Government can take.” He asked the Justice Department to sue the state of Texas, but “the filing of the lawsuit hasn’t changed anything on the ground.” As the Supreme Court prepares to hear a direct challenge to Roe v. Wade later this year, this time from Mississippi, Biden has done nothing beyond filing a brief asking them to protect abortion rights.

Some may point out that the White House is constitutionally limited in its powers, so Biden cannot be blamed for not doing more, but that’s exactly the point. Bourgeois governments are designed to protect the ruling class and the ruling class alone. Wealthy people will always be able to get an abortion when they want one. All of the reforms to the U.S. Constitution and federal law that expanded rights and protections to others — to working class men, to women, to Black people, to Indigenous people, to LGBTQ+ people, to immigrants, and more — happened as a result of prolonged struggle. The system itself is designed to maintain the status quo and make any changes extremely difficult — even changes supported by the majority of the population.

Abortion Is a Labor Issue

In the United States, rank-and-file workers should organize within their unions to stand up against the Texas law and all laws like it until abortion is safe, free, and easily accessible on-demand for everyone who wants one. This can be particularly powerful in fields like healthcare, where workers’ personal expertise adds to the weight of their voices. But workers don’t need to already have a union to participate in this fight; the first step in any form of labor organizing is simply talking to your coworkers.

A core premise underlying the existence of unions is that workers are human beings. People organize their workplaces because they want better lives for themselves and for their coworkers. Some people find parenthood to be an incredibly meaningful and fulfilling part of life, and anyone who wants to have a child should have access to all the resources they need to support that child both physically and emotionally. Unions play a key part in this, by fighting for higher wages and better benefits. But the other component of family planning is the right to choose not to be a parent. And unions must fight for that too.

Unions have a longstanding history of fighting for healthcare benefits for their members. Pregnancy takes an enormous toll on the body, and as of 2019, the average cost of a vaginal delivery without complications in the United States was over $10,000. Including prenatal and postnatal care, the price can rise to over $30,000. Even with insurance, the costs are still in the thousands or even tens of thousands, depending on the state. This is an enormous amount of money, which people who can’t access abortion are forced into paying. Pregnancy also takes an enormous toll on the body, both physically and emotionally, even without dangerous complications. If unions are invested in the health, safety, and financial security of their members, they need to fight for workers’ access to abortion.

Because of its controversial nature, the bureaucrats in union leadership are unlikely to take up this fight without pressure from the rank and file, and even then, they will likely work to contain the militancy of their members. This makes it even more important for workers to take matters into their own hands, remember that we are the union, and stick up for our fellow workers, both in our own workplaces and across the country. “Workers of the world unite” is not simply a slogan: it’s a call to action and a strategic imperative. The Texas law is in effect now, and the fastest way to overturn it is through collective action.

Unions Have an Important Role to Play

Labor organizers have already been indispensable to the fight for abortion legalization in several countries. In 2016, tens of thousands of Polish workers went on strike and successfully pressured the government to vote down a total abortion ban (although it is still only legal in certain circumstances). The following year, they collaborated with Argentinian activists to found the International Women’s Strike, which had participants from over 50 countries.

Also in 2016, a coalition of Irish labor unions launched the Trade Union Campaign to Repeal the 8th Amendment, part of an effort that successfully legalized both abortion and same-sex marriage in Ireland in 2019.

Argentina legalized abortion late last year after decades of struggle and a mass movement — the “green wave,” named after the green bandanas worn by pro-abortion activists. While the union bureaucracies attempted to contain participation in the movement, many rank and file workers organized actions and political education on the issue within their workplaces. Among the workers who participated, teachers were one of the largest sectors. The socialist feminist group Pan y Rosas was also highly involved in the campaign, as a working class organization within Argentina’s broader feminist movement. The Workers Left Front, a coalition of Trotskyist parties in Argentina, is the only political group in government that voted in favor of legalization as a bloc. Workers in the United States should look to these movements in other countries as examples to learn from as we launch our own fights within our unions and communities to fight for safe and free abortions on demand for all who want them.