Abel Acuña was only 29 years old. Yesterday at Plaza de la Dignidad (ex Plaza Italia), violent repression was unleashed against protesters. This sent Acuña into a cardiac arrest. Acuña's death is the responsibility of Sebastián Piñera's government.
Share on facebook
Share on twitter
Share on email

The rubber bullets, tear gas, and water cannons attacked the crowds with no mercy or compassion.

The paramedics tried to help Abel Acuña when he went into cardiac arrest. They almost saved him, but the repression was so strong they couldn’t continue their medical treatment and Acuña died. The Plaza de la Dignidad is in mourning today, but that pain is being transformed into anger and into hate against a regime that only a few hours after the repression was asking for peace.

The magnitude of the repression suffered in the Plaza was outrageous. It was the audacity, rebelliousness, solidarity, and courage of the people that prevented the death toll from being even higher. The heroic youth confront the hated police, preventing them from continuing their slaughter. The vast majority of the population cheers on and appreciates the youth.

The barricades are going up and people know those barricades are protection from the next police offensive against them, their sisters, and their brothers. In the Plaza there are no “violent” and “peaceful” protestors. In Plaza de la Dignidad people are resisting for their lives.

The entire Chilean regime has given a green light to repress. The hatred against the ‘pacos’ (cops) is so strong it creates a sisterhood and brotherhood of young and old that is changing the course of history.

Last Thursday, the government and the opposition within the Congress (the right-wing coalition Chile Vamos, the left-wing coalition Frente Amplio, the Socialist Party and others) reached an agreement to stop the mobilizations and prevent Sebastián Piñera from falling to the force of the street mobilization.

The agreement is based on calling a referendum next April 2020 to ask the population if they want to change the constitution that was approved during Pinochet’s dictatorship in 1988.

The “agreement” was discussed behind closed doors and announced at 3 A.M. Friday morning after another national day of massive protests. The agreement is an insult to a society that has been protesting for the fall of Piñera and the creation of a Constituent Assembly.

Abel Acuña will forever be remembered. He will forever light up the Plaza de la Dignidad. The struggle for the fall of Piñera continues and a massive mourning vigil is expected tonight. The pain is immense, and the determination is greater.

Down with Pinochet’s Regime! 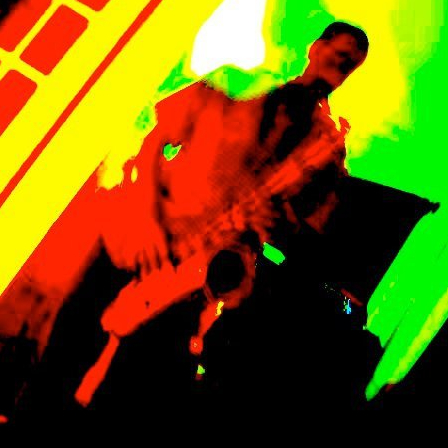