Adam Toledo Is Dead, But Cops Donated Thousands to the Defense of the Vigilante Rittenhouse

A security breach at a Christian crowdfunding website reveals that police officers donated thousands to the defense of the right-wing vigilante Kyle Rittenhouse and the cop who Shot Jacob Blake. 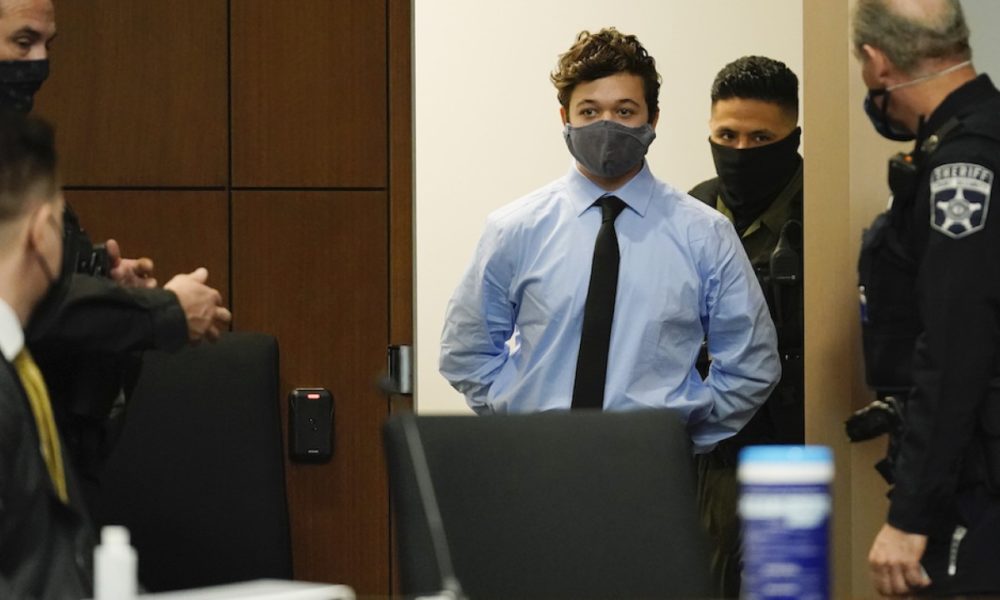 In the aftermath of the release of body camera footage of the shooting of Adam Toledo in Chicago, social media erupted with a series of viral posts contrasting Toledo’s brutal street execution to the police treatment of the white 17-year old vigilante Kyle Rittenhouse last summer. Meanwhile, a security breach has revealed that police across the country have donated thousands to the legal defense of Rittenhouse and the cop who shot Jacob Blake.

Adam Toledo was a 13-year-old kid. Police killed him while he was unarmed with his hands up in the air.

Kyle Rittenhouse was armed. He shot and killed 2 people with an AR-15. Police let him go home. pic.twitter.com/Fyg7Wls8mR

The photos of Rittenhouse and Toledo shared on social media offer a powerful contrast that reveals the inherent racism of the U.S. police state. On one side is an image of an unarmed 13-year-old Adam Toledo with his hands in the air one second before he was shot through the chest by a Chicago police officer. On the other is the image of a heavily-armed Kyle Rittenhouse, fingers poised above the trigger of an assault rifle, walking among a crowd of protesters. Rittenhouse was not killed or even arrested, but was instead given encouragement and water by the Kenosha Police before the shooting, and then later allowed to walk past police and away from the scene of the crime without any interference. Rittenhouse was not taken into custody until he turned himself into the police the following day.

It is clear that Rittenhouse, despite being armed with a military grade automatic rifle, was not seen as a threat by the Kenosha police because of his race, but also because of his perceived politics. The police, after all, have a long history of colluding with right-wing vigilantes such as the Proud Boys. Rittenhouse had told the police that he was in Kenosha to protect the private property of small business owners, and as such they viewed him as an ally rather than a threat to themselves or the crowd. That misperception led to the deaths of two protesters and the shooting of a third.

Since then, Rittenhouse has remained unrepentant and has become a hero to racists and conservatives across the country. Just one week after the shooting, President Trump defended Rittenhouse, implying that his actions were justified and in self-defense, and the American Conservative, among other right-wing news sites, published articles claiming that “Rittenhouse did nothing wrong.”

Now, thanks to a security breach at the Christian fundraising website GiveSendGo, we are learning what all of us knew all along: that the police supported and continue to support racist killers like Rittenhouse. While other crowdfunding sites have pulled or banned campaigns to support Rittenhouse, GiveSendGo helped to raise hundreds of thousands of dollars for his legal defense. Despite advertising itself as Christian crowdfunding site and “a place to fund hope,” the site mostly supports conservative projects such as campaigns to fight the teaching of critical race theory in schools and to support those who were fired for participating in the riots at the Capitol building in January.

The Guardian has reported that several police officers and public figures across the country have contributed to the GiveSendGo campaign for Rittenhouse, as well as to a campaign for the defense of Kenosha police officer Rusten Sheskey who shot Jacob Blake seven times in the back. It was the shooting of Blake that set off the demonstrations where Rittenhouse killed two protesters and injured a third. Thanks to these and other donations, Rittenhouse has so far raised more than half a million dollars for his legal defense and Rusten Sheskey is back on regular duty. Although donations were made using the site’s anonymous contribution feature, leaks show that many of them used their professional email addresses.

According to The Guardian, those who donated include Sergeant William Kelly, who is an executive officer of internal affairs at the Norfolk Virginia Police Department. Along with his contribution, Kelly included a note stating: “Thank you for your courage. Keep your head up. You’ve done nothing wrong.” Meanwhile more than 32 Wisconsin police officers appear to have contributed more than $5,000 to Sheskey’s defense fund, and this is only counting those who were stupid enough to use their official work emails. It goes without saying that likely hundreds, if not thousands of more police officers have donated to Rittenhouse or Sheskey through GiveSendGo and other avenues.

While hardly surprising, these revelations are yet more proof that the police remain a deeply racist, conservative, and dangerous force in U.S. society, one that is used by the state against the interest of workers on a daily basis. The cops who kill people of color and other working people are not “a few bad apples.” They represent the values and material interests of the whole institution and the ruling elite who control them. There is no reforming the police. There is no working with the police. And there is no reason why working people should be asked to continue to pay the wages of their oppressors.