After 10 Workers Get COVID-19, 1,000 Meatpackers Walk Off the Job in Colorado

On Monday, JBS announced that ten workers at its Greeley, Colorado plant tested positive for COVID-19. In response to this, 1,000 meatpacking workers, members of UFCW Local 7, walked off the job at JBS’s mega 4,000 person processing plant. 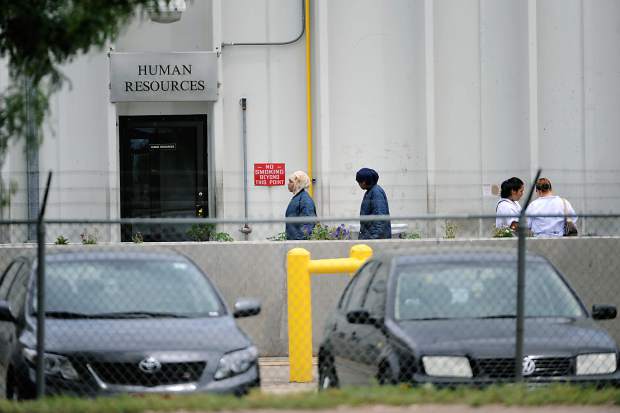 This article is reprinted from PAYDAY REPORT

On Monday, JBS announced that ten workers at its Greeley, Colorado plant tested positive for COVID-19.

In response to this, on Tuesday, nearly 1,000 meatpacking workers, members of UFCW Local 7, walked off the job at JBS’s mega 4,000 person processing plant in Greely, Colorado, where workers speak more than 27 languages.

Despite language barriers, the workers at the plant say that they have been denied sick pay to self-quarantine when working at the plant.

“We’ve been demanding from the beginning that the workers should be entitled to sick pay. Right now, they don’t qualify for paid sick time. What the company did agree to, though we’re not done, is if somebody tests positive, (the company) would pay them while they’re quarantined,” UFCW Local 7 President Kim Cardova told the Greely Tribune.

“If somebody advised the company they had symptoms, (the company) was asking them to go to the doctor. We’re demanding they pay them for that time off,” said Cardova.

The union is also demanding that workers be given personal protective safety gear due to the closed quarters in which most employees are cramped.

“It’s a pretty big facility, but if you’ve never been in the plant, it’s amazing how that process works. People work pretty much elbow to elbow. There’s no 6-feet distancing there,” says UFCW Local 7 President Kim Cardova

The union is also demanding that Democratic Governor Jared Polis declare that meat processing workers in Colorado are “essential employees.”

Now, workers in Colorado are hoping that Polis also declare other workers as essential employees.