After May: Whither Brexit?

The successful Leave campaign and the failure to negotiate an acceptable framework for Brexit have precipitated a crisis among Britain’s political elites that threatens the very foundation of British politics. 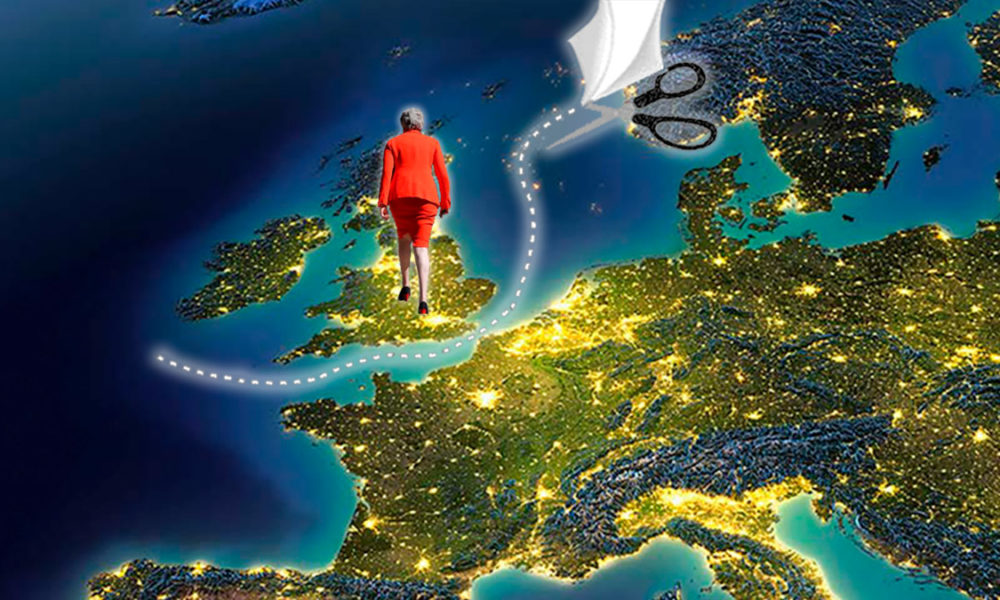 Standing teary-eyed before 10 Downing Street, Theresa May announced her resignation as prime minister of the U.K., effective June 7. She will, however, most likely stay until mid-July, which is when the Conservative Party is expected to have found her replacement.

The news surprised no one since analysts had been predicting her downfall for a while now. Some were already writing her political obituary back in 2017, when she needlessly called for a snap election and lost, ending up in the hands of the Irish far-right Democratic Unionist Party. Others more obligingly predicted her undoing last January when she barely survived a no confidence vote initiated by her own party.

Since then May has overseen three consecutive failed attempts to negotiate the U.K.’s withdrawal from the European Union. This most recent failure was the last straw for the Tories, who, it seems, were not willing to wait a year to initiate another vote of no confidence, politely telling her she was on her own.

May’s resignation occurs in the context of the political retreat of both Labour and the Conservative Party in the face of the advance of the so-called Brexit Party, headed by Nigel Farage, which won 29 seats in the most recent European elections–almost twice the number of the second-place Lib Dems and vastly more than the Tories who actually lost 15 seats. The strategy of Farage all along has been to turn the upcoming general elections into a referendum on Brexit, and the strong turnout for the Brexit Party in the EU elections suggests he may get his wish.

This is not the first time the “European curse” has befallen the Conservative Party, which is experiencing the same dilemmas and tendencies of the larger ruling class, where the division between “Europhiles” and “Europhobes” expresses the troubled relationship between British capitalism and the European bloc more broadly.

In 1990, for instance, Margaret Thatcher’s fourth term was thwarted by the Europeanist wing of her government, even though British capitalism owed her nothing less than the neoliberal counterrevolution and the defeat of the working class.

Thatcher favored an alliance with the European Union but refused total integration and was skeptical about giving power to what she called a “European super-state exercising a new dominance from Brussels.”

The relationship with Europe would also be a major headache for her successor, John Major, who faced a rebellion within his own party against the Maastricht Treaty.

Of course, history has a tendency to repeat itself, and since the self-inflicted and catastrophic defeat of David Cameron with the Brexit referendum—on June 23, 2016—two prime ministers have resigned: first Cameron and now May. Not only that, but more than 10 front bench ministers have also resigned, many of whom were part of the EU negotiations.

It is hard to predict what will happen between now and October 31, when the U.K.’s time runs out for formalizing its withdrawal from the EU—with or without an agreement. Snap elections cannot be ruled out, since they are one of Labour Party leader Jeremy Corbyn’s go-to strategies. Even a second referendum on Brexit is possible.

In this uncertain setting, two things, however, are for sure.

First, it is clear that as long as the Conservative Party remains the sole base of support for the new government, it will remain just as weak, or weaker, than it was under May.

It can be expected that, in the coming six weeks, the leadership of the Conservative Party will be involved in fractional strife between the “hard Brexit” wing (led by Boris Johnson) and those wanting a negotiated exit, or the so-called soft Brexit wing. This dispute was already set in motion with the “Stop Boris” campaign initiated by the latter.

As the situation develops, the soft Brexit supporters will most likely persist with an improved version of May’s proposal. But Brussels has refused to revisit any of the already reached agreements, and it has drawn lines in the sand that it is unwilling to cross, such as its demand to keep the border with Ireland open.

With this in mind, it is not far-fetched to conclude that any Tory plan will be impotent from its very conception. A small but fierce minority, for instance,  completely rejects any “semi-Brexit,” and there are no indications that Brussels would accept the same proposal it rejected several times from May only because it comes from a new PM.

On the other hand, parties looking to withdraw without any sort of deal with the EU have no chance of setting that in motion either. Parliament has not authorized such a “nuclear option.” Leaving unilaterally and “at any point, under any circumstance,” has been voted down as vehemently as May’s proposals.

It seems as though this deadlock, which makes both leaving and staying unlikely, will go on without May.

The fact that Johnson is shaping up as a favorite is just another sign that the Brexit crisis has a geopolitical dimension directly related to the international rise of the Far-Right. Johnson, after all, like Farage, enjoys Trump’s sympathy as another advocate for the hard Brexit option and as a supporter of alt-right populism, which looks to destroy the European Union from within and which is not particularly keen on Germany’s leadership.

For conservatives, going with Johnson makes some sense, since it would probably keep voters who would otherwise go with other, more radical options. But this comes at a cost, which is putting the most significant party of Britain’s blue-blooded dominant class in the hands of a buffoonish and unpredictable figure.

This brings us to the second certainty, for the longer term. May’s resignation changes the political stage, but it’s not enough to defuse the bomb that is Brexit.

We will most likely see a deepening of the organic crisis that was initiated with the successful Leave campaign, a crisis that threatens to explode the very foundation of Britain’s political system, which has long been considered one of the most stable and conservative of Western bourgeois democracies.

The Labour Party instead has been playing the role of mediation. Corbyn has the contradiction that it is not in his interest to stay in the European Union on the one hand but his social base is made up of young people, many of whom voted to stay.

He has done this by looking to find common ground among these competing sentiments and by making sure that demonstrations on either side don’t get out of hand. This has served to protect May, to some extent, from more robust criticism, and to thus legitimize her rule. The sheer possibility of Corbyn becoming the next PM (which, if snap elections were called, is a real possibility) scares away big capital.

Not that Corbyn is proposing anything other than class collaboration and the managing of capitalism. But because of his program of reforms—such as the renationalization of key industries, a free university, salary increases and higher taxes for the rich—he is raising hopes and dreams for something better to come after decades of neoliberal government by Tony Blair.

What the British bourgeoisie fears above all, it seems, is a deepening of the organic crisis and its transformation into a class struggle. May’s departure seems almost certain to do that.