Biden is publically posturing as if he’s ending war in Afghanistan, but the airstrikes continue. U.S. workers must denounce this and all future bombing campaigns. 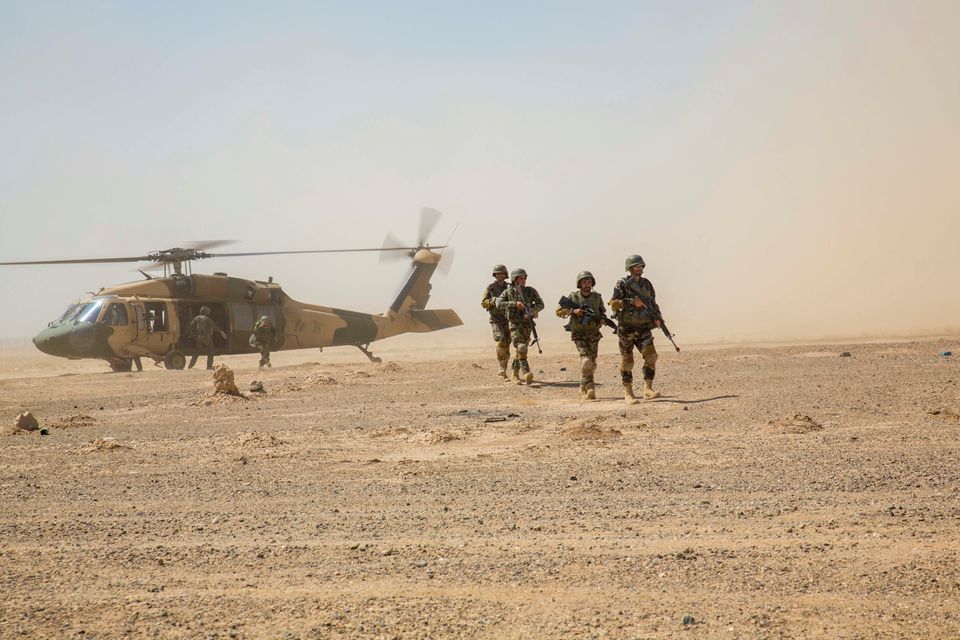 Joe Biden is attempting to paint himself as the president who is finally ending the war in Afghanistan, the longest war in U.S. history. While his administration may be withdrawing troops, U.S. imperialism still has a presence. On August 7, Biden launched a bombing campaign on Afghanistan, an act of violence that will likely continue after a full troop withdrawal.

This bombing is a response to ongoing developments in Afghanistan. The Taliban launched an offensive campaign in May, and has been claiming more territory throughout Afghanistan as the U.S. retracts its troops. On August 6, the Taliban claimed a major victory by taking control of Zaranj, a city in southwestern Afghanistan and the first provincial capital they captured. This advance prompted the U.S. air campaign the following day, which bombed targets near major cities, including Kandahar, Herat, and Lashkar Gah.

The legacy of the U.S. war has been one of arming and training violent groups, spending billions of dollars meant for “nation building,” which instead funded corruption, and killing thousands of civilians with airstrikes. And these are just the most well-documented aspects of the U.S. involvement.

Anti-imperialists in the United States must denounce this recent and all future bombing campaigns. Airstrikes are a particularly brutal act of war when it comes to the civilian death toll. A 2020 study by Brown University’s Costs of War Project found that “From 2017 through 2019, civilian deaths due to U.S. and allied forces’ airstrikes in Afghanistan dramatically increased. In 2019, airstrikes killed 700 civilians — more civilians than in any other year since the beginning of the war in 2001 and 2002.”

As I’ve written before, U.S. imperialism in Afghanistan and elsewhere will not fully end unless working class and oppressed communities in the United States take it up as an important struggle. We must take up this struggle especially because of the role of U.S. imperialism in devastating the world, as well as the power we have in the empire to resist imperialism.

It is also important to remember that our struggles are connected with the victims of imperialism abroad. We pay for the jets and bombs that Biden uses to attack Afghanistan while we’re simultaneously told that there’s not enough money for healthcare, housing, education, or other critical resources. This bombing took place as wildfires rage in California due to the climate crisis — an existential threat fueled by the Pentagon.

A comprehensive approach to solidarity with the workers of Afghanistan is outside the scope of this article, however in the heart of the empire, we can start showing solidarity by demanding an end to U.S. airstrikes in Afghanistan and everywhere.