The U.S. Capitol police currently receive $516 million and are to receive $50 million more for the 2021 fiscal year. Increasing police budgets and security staffers will not quell the far Right. 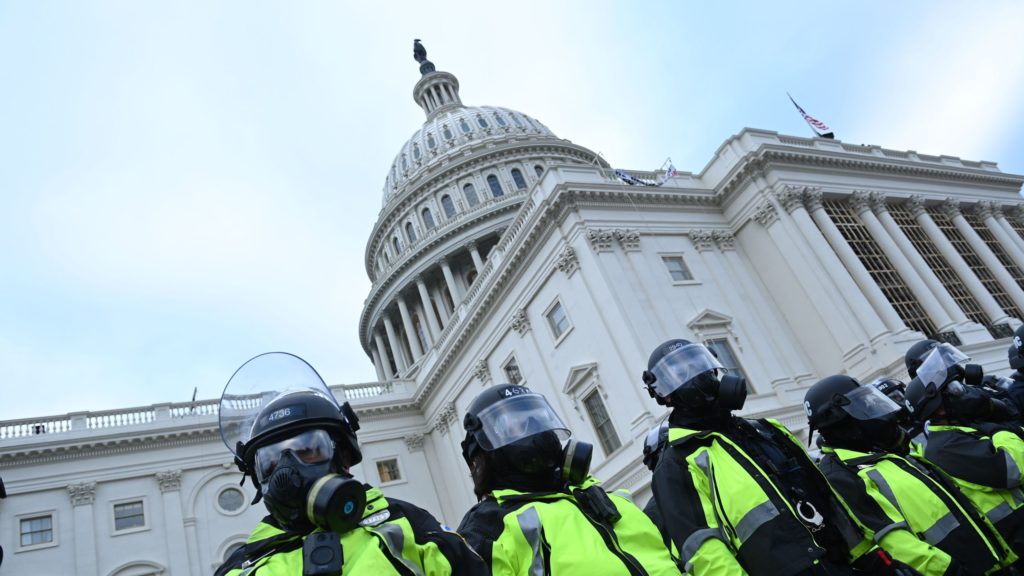 The U.S. Capitol police force comprises 2,100 people and receives a $516 million budget, a budget that is more than double police spending  in Atlanta, 1½ times the spending in Detroit, and very close to the police budget for the rest of the D.C. metro area. Congress recently awarded an additional $50 million to the department for the 2021 fiscal year, aligning with the trend of the Capitol police budget growing by more than 50 percent in the past decade and tripling in size in the past 25 years.  Police budgets across the country continue to expand as coffers for services that address hunger, unemployment, and homelessness dry up.

After Trump ordered the National Guard to use violent and excessive force against Black Lives Matter protestors back in June, D.C. Mayor Muriel E. Bowser made a big show of denouncing the violence, commissioning a performative “Black Lives Matter” mural and renaming blocks “Black Lives Matter Plaza.” However, despite paying lip service to the BLM movement, in June, she cited a population increase and increased calls for service as justification for the proposed increase in the D.C. metro area police budget. In October, Mayor Bowser requested permission from the D.C. Council to transfer $43 million from the Workforce Investment Fund, the Department of Health Care Finance, and repayment of interest on short term borrowing to cover overtime pay for cops during the summer. Even in the midst of a public health crisis and mass unemployment, Bowser wanted to prioritize police overtime pay over health care and workforce development.

Mayor Bowser has asked Trump and acting Homeland Security Secretary Chad Wolf to declare a pre-disaster declaration for D.C. The declaration would open up additional funds for the city’s security efforts on inauguration day. Additionally, 15,000 National Guardsmen are being brought in from other states, ostensibly to reinforce security. However, given that cops were letting right-wing demonstrators into the Capitol and taking selfies with them, how would bringing more cops in and giving them more money meaningfully increase security? As of January 13, 28 officers from 12 states were found to have attended the rallies, demonstrating further how deeply cops and far-right forces are intertwined. The cops’ function is not to “increase security” or “protect the community.” They exclusively serve and protect the interests of capital, and collaborate with armed far-right reactionaries to do so.

To respond to the mobilization of proto-fascist forces and the support that they receive from the institutions like the police, we must mobilize as a working class to demonstrate in the streets and fight back in our workplaces and communities. Increasing police budgets will not only fail to stop the far Right, but also in the long term increases the resources available to the bourgeois state to crack down on the Left. As austerity measures inevitably mount during the aftermath of the coronavirus pandemic and economic depression, we must continue to denounce the calls for increased police budgets and security spending.