Against the Coup and Repression, Fight for a Free and Sovereign Constituent Assembly: Statement by the Socialist Workers Current of Peru

We republish a statement by our sister group in Peru denouncing the illegitimate coup government and violent repression of anti-coup protests. Our comrades call for a free and sovereign constituent assembly as a way forward for Peru’s working class. 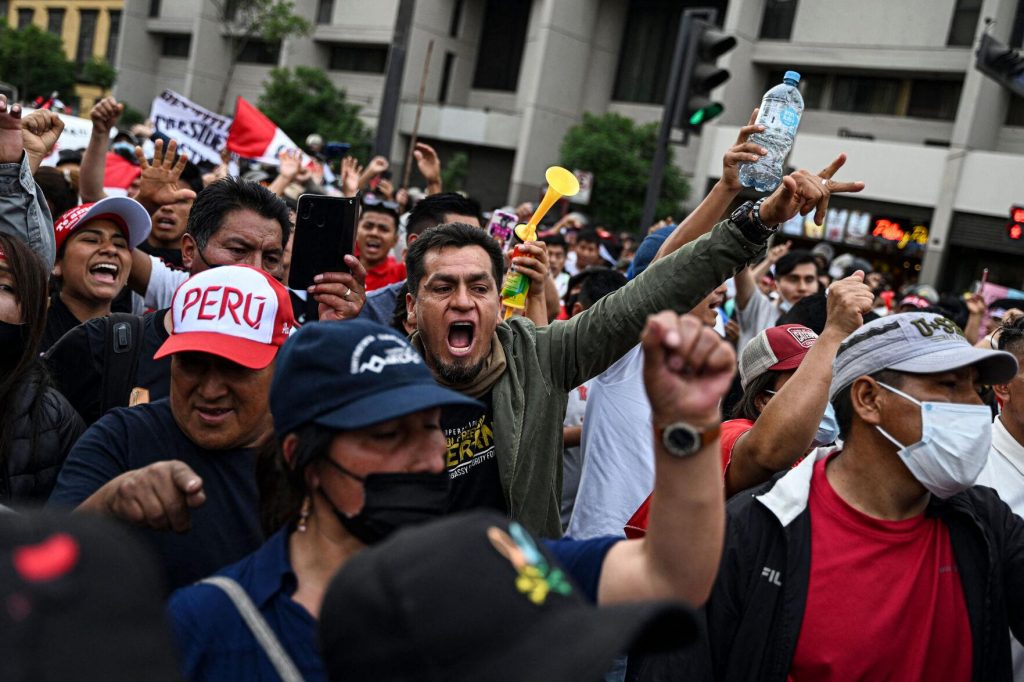 We reject the repression carried out against demonstrators. We reject the illegitimate government of Dina Boluarte. We fight for a free and sovereign constituent assembly.

Since Dina Boluarte assumed the presidency of Peru, major demonstrations have erupted in various regions of the country against the corrupt and reactionary Congress. We must fight, from below, through demonstrations and self-organization, for a free and sovereign constituent assembly. We can no longer let those above impose their will at the cost of the rights and needs of those below.

Over the last several days and in various regions of Peru, demonstrators — most of all the poorest citizens — have poured into the streets. These demonstrations, targeting Congress and the newly installed president, have included road blocks on the Pan-American Highway, the shutdown of an airport in the city of Andahuaylas, and various other actions across the country.

The National Police, operating under Boluarte’s orders, have responded to these legitimate demonstrations with heavy repression, firing tear gas and beating and arresting demonstrators. Already two people have been killed as a consequence of state repression.

In this way Boluarte aims to silence those who do not recognize her presidency and who reject the parliamentary coup d’état against former president Pedro Castillo, a coup that was carried out after Castillo tried to dissolve the legislature in a Bonapartist maneuver. With its actions, Congress is overturning the will of the Peruvian people, the majority of whom voted for Castillo in the most recent elections.

This parliamentary coup had been in preparation since Castillo’s first day in office. The right wing had already carried out two impeachment attempts and various “corruption” investigations of him.

The removal of Castillo by Congress had nothing to do with protecting democracy. On the contrary, it was a completely anti-democratic parliamentary coup. It was carried out not because the former president represented a real threat to the interests of Peruvian or foreign businesses — in fact, throughout the 16 months of his government, Castillo kept intact all the pillars of neoliberalism imposed by the Fujimori regime. Rather, Castillo was a threat because he set a bad example as a rural teacher who came to govern a country historically ruled by a racist elite.

With the installation of Boluarte, the right wing and corporate elite are attempting to shake up the political regime and create the conditions necessary for new austerity programs against working people. This was clearly evidenced by the new cabinet appointed by Boluarte, composed in its majority by technocrats close to the economic elite, particularly the major mining companies.

We, the Socialist Workers’ Current (CST), reject the new government of Boluarte, a government that is entirely in service to the capitalist class and the political establishment, and that was installed through a parliamentary coup organized by the most reactionary members of Congress, together with the media companies, the Attorney General, the armed forces and the police.

Furthermore, we denounce in the strongest terms the political repression against demonstrators across the country, and we call on the working class and the poor to fight this illegitimate government through self-organization. A free and sovereign constituent assembly is the only way out of this crisis.

Only a constituent assembly won by mobilization and through the self-organization of workers, peasants, and poor people will allow for the true expression of the popular will. Its representatives must be fully revocable and earn the wage of a worker, in order to end the system of privileges for politicians and to prevent these representatives from joining the existing political elite, which is utterly divorced from the needs of the masses.

A constituent assembly of this type — that is, one that can confront any and all of the major problems facing the country, without any restrictions placed on it or any veto privileges granted to the regime’s institutions — can convince the great majority of workers and poor people that only a government of the working class can respond to the demands of the Peruvian people for jobs, land, health care, and education.

Originally published in Spanish on December 11 in La Izquierda Diario