Flight attendants and other at-risk essential workers are not only being asked to die to protect their bosses’ profits, they are being asked to lie to their co-workers and communities about it, putting even more people at risk. 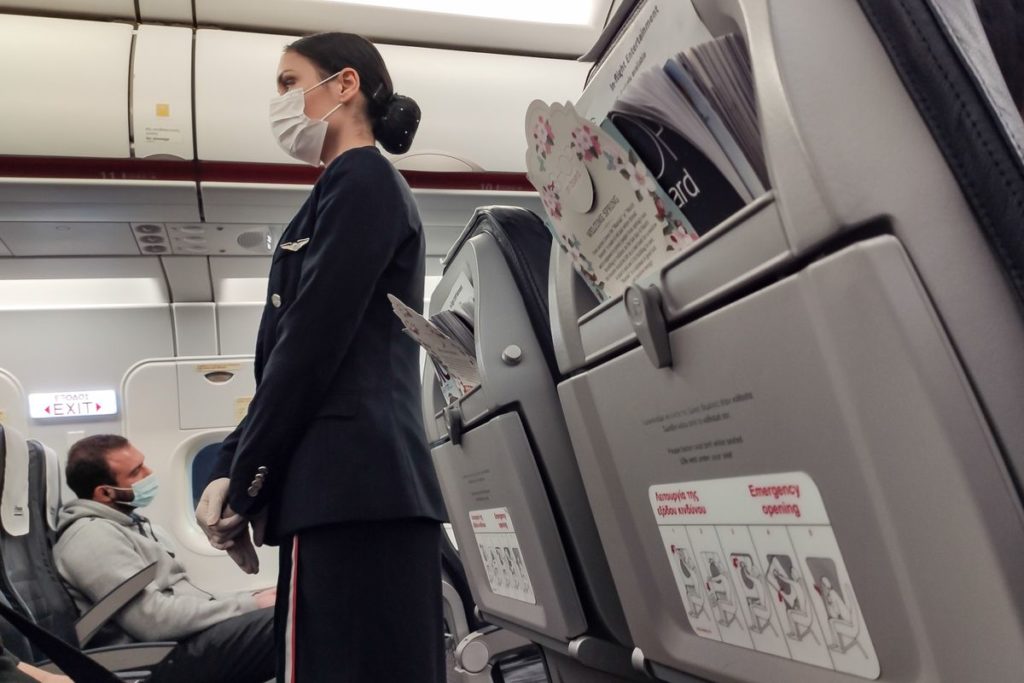 Last week, over 25,000 flight attendants working for Delta Airlines received an email telling them to “please refrain from notifying other crew members on your own” if they tested positive for COVID-19. The email went on to specify further “Please do not post on social media (including SkyHub) [the company’s internal website] about your health status.” It then laid out the official steps for reporting symptoms and positive tests.

According to HuffPost, at least one flight attendant received a call from the airline’s HR department after they posted on social media about a colleague currently on a ventilator, while another flight attendant received a call to alert them that they “may have been exposed in the last 14 days to a person on your recent rotation who may have had symptoms of COVID-19.” The recipient of this call was encouraged to keep working, despite the fact that the virus is incredibly contagious and up to 50% of carriers may be asymptomatic.

This latest evidence of Delta’s complete lack of care for its workers and anyone they come in contact with was revealed shortly after a video leaked of a Delta executive telling pilots, 57 of whom have tested positive, to keep news of their COVID-19 status from their crews.

Flight attendants are at high risk of exposure to COVID-19, due to the fact that they work long hours in enclosed spaces with people from all over the world. This means high rates of flu and other infectious respiratory illnesses among flight crews even in non-pandemic times, and is an almost perfect storm for infection risk right now. One flight attendant at American Airlines has already died.

Their employers, of course, don’t care. Airlines are losing profits right now as almost all air travel comes to a halt, and those losses are being directly passed onto their workers. Despite a $50 billion bailout from Congress directly to companies, they are relying on layoffs to try to keep shareholders and executives from feeling the pinch. It is unconscionable, but not surprising, that they would try to squeeze as much work as they can out of their remaining workers without concern for their health or safety.

Flight attendants are far from the only workers being literally worked to death by their employers during this pandemic. Delivery workers across the United States, classed as essential, face long hours and sometimes a lack of protective equipment, often without hazard pay, and always without the full information they need to make decisions to keep themselves, their coworkers, and their communities safe. At least three delivery workers have died in the last week, and UPS and FedEx, the two biggest delivery companies, won’t tell their workers or the public how many have tested positive and how many have died. Healthcare and transportation workers face these dangers and this lack of care as well.

Before the pandemic, flight attendants at Delta were attempting to unionize through the Association of Flight Attendants-CWA (AFA) in the face of significant opposition from the company, including a much-derided union busting ad campaign. Now, the lack of protection of their jobs and their health has made many flight attendants even more enthusiastic about the prospect. “We have a responsibility to take care of ourselves, our coworkers and everyone we come in contact with,” one flight attendant told HuffPost. The AFA has called for “a halt to all leisure travel,” a call which Delta will almost certainly resist in order to maintain what is left of its profit margins at the expense of its workers’ health.

Delta executives, driven by greed, cannot be counted on to make the appropriate decisions now or ever. Airlines must be nationalized under worker control. Flight attendants, and other airline workers know what to do to keep themselves, their passengers, their coworkers, and their communities safe.