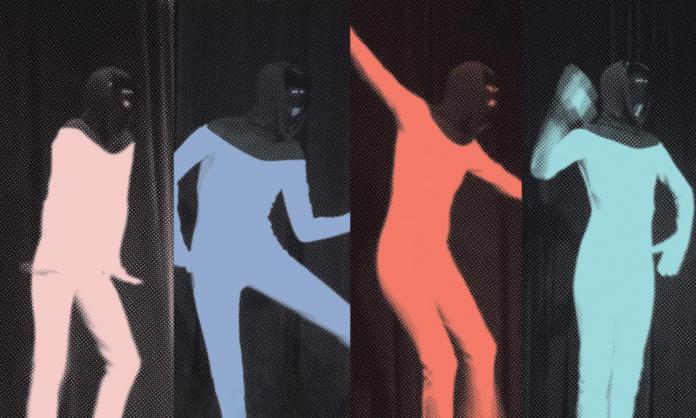 Elon Musk recently put on another classic Tesla press conference to announce his company’s next breakthrough: the Tesla Bot. These fully automated, humanoid robots will, according to Musk, have the ability to perform “boring, repetitive and dangerous” work, potentially eliminating labour shortages.

Of course, there was no actual robot that could replace a human being for Musk to unveil: no-one in the world, including anyone at Tesla, has demonstrated anything like the ability to create such a thing. Instead, the audience was subjected to someone dressed as a robot dancing around for a painfully awkward 20 seconds. The spectacle nevertheless raised the question: is there any possibility of Musk replacing the working class with robots?

The answer is no. Even the most high-tech robots, like those developed by Boston Dynamics over a decade, require an enormous level of human oversight and are nowhere near capable of performing the wide array of complex tasks that people can. Tesla hasn’t even built a prototype of its Bot yet.

And the robots themselves, just like all other forms of technology, depend for their success on vast quantities of human labour. The very tech boom that Tesla is riding to shatter records on the stock market is an example.

The digital world is often portrayed as being almost immaterial, emanating primarily from the minds of billionaire geniuses like Steve Jobs and Marc Zuckerberg. It exists on computer screens that seem disconnected from physical reality. It is based on the nearly instantaneous transfer of information over long distances. It connects nearly everyone on the planet through the seemingly incorporeal vehicle of the internet.

But what is the internet? It’s a network of computers and devices manufactured in factories across global supply chains. These factories were built by construction workers and engineers, and require lab workers and factory technicians when in operation. Computer chips are made from silicon, lithium and other minerals extracted by workers in mines all over the world. Workers on ships, ports, roads, rails and in warehouses transport raw materials and intermediate and finished products needed to manufacture computers and smartphones throughout huge global supply chains. The electricity fuelling all of this is powered by coal dug from mines, wind harnessed by turbines and sunlight harvested by solar farms. This electricity is then transported on copper conductors, and digital information is transported along optical fibres—both of which run along millions of kilometres of cables installed by armies of tradespeople.

High tech industries, computerisation and automation actually require vast amounts of human labour. The working class as a whole cannot be automated away any more that Elon Musk can put on a press conference about robots without the aid of a living person dressed as one.

There is no better example of this than Amazon. This company used robots and computer algorithms to lead the way in automating its huge “fulfilment centres” (warehouses). Contrary to assumptions that automation would lead to massive layoffs, Amazon has actually hired hundreds of thousands of workers and built dozens of new fulfilment centres over the last two years. It now employs 1.3 million people—the second largest employer in the US.

Rather than replacing workers with technology, Amazon increases the efficiency and productivity of its workers by turning their labour into the physical extension of robotic assembly lines and computer algorithms. Automation is used to de-skill the productive process, thus increasing productivity. It strips workers of all initiative and control over their activity while at work.

According to a former Amazon employee writing in Time magazine, workers can walk up to 24 kilometres per shift. Computers force the pace of work, squeezing out inefficiencies such as “time off task”, otherwise known by human beings as rest. Managers are alerted if workers have too much of this time, which can be as little as 18 minutes in an 11½-hour shift. The monitoring technology creates a “constant buzz of low-grade panic”, while the “isolation and monotony” of the work leave workers feeling as though they are “losing [their] mind”.

According to Bloomberg, which interviewed several workers at Amazon’s flagship centre in Seattle, “workers describe feeling like cogs in a giant machine that can spit them out with little more than an automated termination email”. Karl Marx wrote of this process more than 150 years ago in the Communist Manifesto: “Owing to the extensive use of machinery, and to the division of labour, the work of the proletarians has lost all individual character, and, consequently, all charm for the workman. He becomes an appendage of the machine, and it is only the most simple, most monotonous, and most easily acquired knack, that is required of him”.

If Amazon creates the digital era’s version of workers turned into a machine, as Marx observed, we can look to the very source of machine learning for examples of workers thrown back into barbarous types of labour.

The automation and machine learning of big tech companies require clean, annotated data. This is produced by categorising and labelling enormous amounts of raw data. You might imagine that tech juggernauts like Amazon, Tesla, Google and Facebook would use warehouses full of supercomputers to do this, but you’d be wrong. It is done by thousands of people in refugee camps and slums throughout the global South.

Phil Jones, author of Work Without the Worker: Labour in the Age of Platform Capitalism, calls this work “microwork”. “Microwork comes with no rights, security, or routine and pays a pittance—just enough to keep a person alive yet socially paralyzed”, he argues. “Stuck in camps, slums, or under colonial occupation, workers are compelled to work simply to subsist under conditions of bare life.”

Artificial intelligence, the pride of the modern tech industry, is therefore built on the misery of the people that make it possible in the first place. Jones describes the work done by Syrian refugees living in Lebanon’s Shatila refugee camp: “Their nights are spent labelling footage of urban areas — ‘house’, ‘shop’, ‘car’—labels that, in a grim twist of fate, map the streets where the labellers once lived, perhaps for automated drone systems that will later drop their payloads on those very same streets”.

No, automation will not mean the end of the working class. Technological innovation has been a constant feature of capitalism since the system’s earliest days. And it’s not just a question of how quickly technology can advance or how difficult it is to replicate human labour. It is possible to increase the productivity of labour, or increase the rate of exploitation of the labourer, but it is not possible to do away with labour entirely, any more than complex life forms can do away with the carbon in their cells.

Automation can, however, make workers’ lives worse. It can lay waste to whole industries and lead to redundancies, even while it creates different jobs elsewhere. And it can be used to intensify work and increase the ability of management to monitor workers’ every move in order to drive up productivity.

For workers, this doesn’t so much raise new issues as put a premium on existing ones: the need to win secure employment, for example, with redundancy entitlements and pensions for workers in older industries, and good wages, conditions and union rights for workers in new industries. These can be achieved by fighting to limit the pace of work and pushing back against authoritarian management, as workers have done throughout the history of the union movement.

Ultimately, the problems that automation poses to the working class are not inherent to technological development itself. In a rationally ordered society, labour-saving technology would be a good thing. People being relieved of the burden of performing dangerous, repetitive work and having a machine do it instead would be welcomed if it didn’t also mean the destruction of many workers’ livelihoods.

In a rational, socialist society, we would make technology work for human beings, rather than the other way around. Until then, we’ll have cutting edge technology that only makes more lucrative the dancing all us human robots do for companies like Amazon.