All Cops. Not Just Derek Chauvin

The ruling class presented Derek Chauvin as a “bad apple.” Meanwhile, in the one year since he murdered George Floyd, cops in the United States have killed over a thousand people. It’s not just Derek Chauvin. It’s all cops. 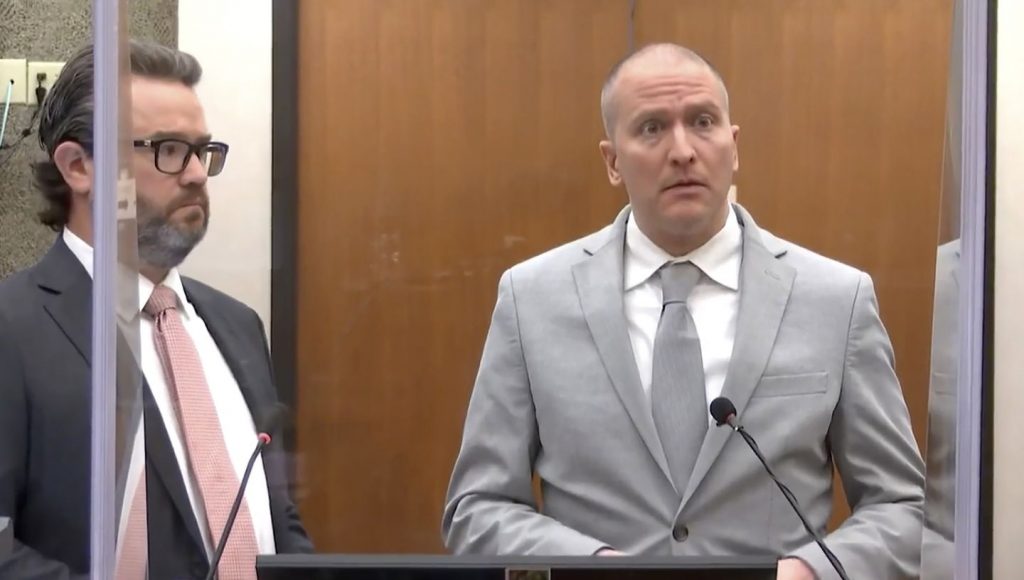 It has been over a year since George Floyd was killed. Yesterday, his murderer — former cop Derek Chauvin — was finally sentenced to 22-and-a-half years for his murder. Minnesota Attorney General Keith Ellison said about the sentence that it was one of the longest that a former police officer has received for unlawful use of deadly force. The Chauvin verdict is also notable in that he is the first white officer to be convicted in Minnesota for killing a Black man.

The history of convictions for cops is fairly recent in Minnesota. In 2019, Mohamed Noor (a Somali-American) became the first on-duty cop to be sentenced (for 12-and-a-half years) for murdering Justine Ruszczyk (a white woman). During Noor’s trial, members of the Somali community had raised concerns about double standards. Noor’s conviction came shortly after the acquittal of former cop Jeronimo Yanez for killing Philando Castile.

The onus on the ruling class for a conviction was especially high in light of the damning video recorded by Darnella Frazier and the testimony of eyewitnesses to Derek Chauvin killing George Floyd by kneeling on his neck.

Even the video evidence and eyewitness testimony would have fallen short to convict Chauvin were it not for the multiethnic global uprising against the police that included burning down the 3rd precinct in Minneapolis. While Chauvin’s defense attorney tried to blame Floyd for his own death by painting him as an unruly criminal who was under the influence, the prosecution kept a laser-sharp focus on portraying Chauvin as a troublesome outlier in the otherwise noble profession of policing. As cop after cop (including ruling class token and Minneapolis Police Chief Medaria Arradondo) testified against Chauvin, it was clear that the ruling class had chosen Chauvin as a sacrificial lamb to protect the status-quo, violent racist police. As Scott Cooper wrote early in the trial, “Derek Chauvin is a ‘bad apple’ handed to the rulers on a silver platter. They have no intention of defunding the police, let alone abolishing the forces that serve their interests and protect their system of exploitation. They’ll gladly toss that one bad apple if that’s what it takes to protect the barrel that is filled to the brim with Derek Chauvins, armed and dangerous and ready to kill at the drop of an alleged $20 counterfeit bill.”

On the day of sentencing, Minnesota Assistant Attorney General, Matthew Frank told the court, “This case wasn’t about police officers, all police officers. It wasn’t about policing. This case was about Derek Chauvin disregarding all that training he received and assaulting Mr. Floyd until he suffocated to death.” While it is true that in the courtroom, Derek Chauvin’s trial was about proving his guilt and not about all cops, the Chauvin verdict unquestionably flows from the inherently violent and racist nature of the entire system of policing. The Assistant Attorney General’s statement also rings hollow as the story of Terrance Franklin’s murder in 2013 came out in Time magazine the same day as Chauvin’s sentencing. In a video shot by a passerby, police officers are heard referring to Franklin multiple times by the N-word before killing him. The story contradicted the police version — that Franklin was killed after he got control of a police firearm as the police were apprehending him.

The primary purpose of police departments, the descendants of slave catchers, is to protect private property. They are there to suppress labor strikes, uprisings, and any militancy that threatens the ruling class. They target minorities and society’s most marginalized. Derek Chauvin is no exception to the rule — he is the rule. Since Derek Chauvin murdered George Floyd on May 25, 2020, police in the United States have murdered at least 1,068 people and counting.

Although immediately after Floyd’s murder there some leaders promised to defund the police, many major cities have increased their police budgets. The language of police abolition also has been watered down to reform proposals that ensure there will be some armed presence to brutalize and murder people in order to protect private property. While the neoliberal Biden administration and its proxies work to rebuild trust in U.S. institutions (“the law works”) and the ruling class paints Chauvin as a “bad apple,” we must not forget that it took a global movement with millions in the streets to get the conviction and sentencing of one cop. And while jailing killer cops is not justice, it does make it harder for cops to murder us and suppress our movements. The only way to dismantle these violent, racist oppressive systems is for the working class and the oppressed to democratically organize and stay in the streets.