Amazon Is Desperate to Stop the Union Drive in Alabama

The company is offering a “quitting bonus” and even changing traffic lights. This struggle is not about one factory — it will have effects around the world. 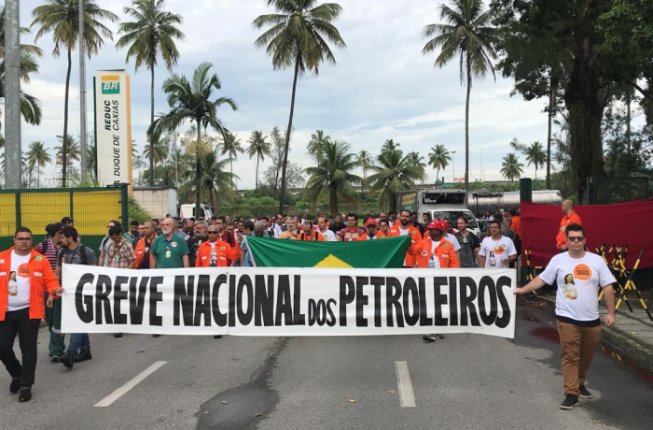 Workers at the Amazon warehouse in Bessemer, Alabama are currently voting about joining a union. If successful, it would be the first Amazon warehouse in the world to unionize. This is not just about a single Fulfillment Center — it would challenge the company’s whole business model, which is based on treating workers like robots. How do we know? Because managers are going to extreme lengths to stop the unionization drive.

The Washington Post had already reported workers getting five text messages per day and seeing anti-union fliers hung inside bathroom stalls. Workers are being forced to attend anti-union meetings, in violation of social distancing policies.

Why would the company, which is almost constantly hiring, want employees to quit? Because workers who quit will not be eligible to vote for the union. And their replacements, being new on the job, might be easier to misinform or intimidate.

These bonuses might actually end up costing the company more than a union contract would. But Amazon’s fight against unions was never just about keeping wages low. Rather, Jeff Bezos’s business model demands that workers remain atomized and powerless. This is how he makes hundreds of billions in profit.

Employees have described the Fulfillment Centers as “cult-like sweatshops.” Workers are tracked by computers at every second, and admonished if they speak to colleagues or take too long in the bathroom. Walking 15 miles per day is normal, which is why workers call out: “We are not robots!”

In Germany, where Amazon has been facing regular strikes since 2013, the company hires thousands of additional workers during peak seasons to serve as a kind of permanent scab force. Management is willing to spend almost unlimited amounts of money to prevent even a small wage increase.

And that is not all. As More Perfect Union reported, on December 15, Jefferson County changed the traffic light in front of the Amazon warehouse. Company managers had lobbied for the change, supposedly because of traffic jams during shift changes. But what this really means is that pro-union activists have less time to hand out materials to workers outside their workplace.

Up to 85 percent of workers in the warehouse are Black, while it’s no coincidence that the richest men in the world are white. The unionization drive is also a struggle against racism.

The workers in Bessemer are resisting all these desperate maneuvers and illegal tactics. If they win the union, this would be an inspiration for the 1.2 million workers around the world currently being exploited by Bezos. That’s why they deserve support from workers everywhere.